Regarding her 2018 Daytime Emmy win in the “Supporting” actress category, Grimes said, “That came as a shock, but it was a pretty incredible experience. Every time I see it at my grandparent’s house, I am still kind of shocked and reminded that it actually happened.”

Grimes complimented the writers of The Young and The Restless for penning strong material for her Emmy reel, which consisted of a heartbreaking yet powerful story-line. “I was really lucky with the writers, for the last couple of the years, with the direction they decided to take Mariah. I loved the material so much, and I poured myself into the role, and honestly, it gave me a real opportunity to flex that dramatic muscle that I had been working, as opposed to the comedic one I do with Mariah. It was so much fun, and cathartic for me in a way,” she said.

The actress continued, “It was a giant boost for that story-line. It was a positive pat on the back, as far as that story goes. We ended up getting more love for it, than hate for it.” 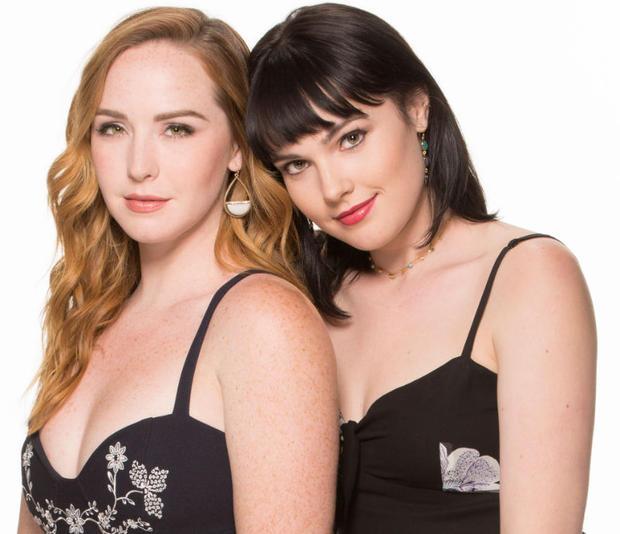 Grimes also hinted about a Mariah and Tessa Porter (played by Cait Fairbanks) reunion on the hit CBS daytime drama series. “I think with a love like theirs, it was so spontaneous and intense and so strong that it caught them both off guard,” she said. “They each had stuff that they had to work through before they circled back to it, and that’s a more natural progression than we realize. This is new territory that they are exploring, and it comes with obstacles. Now, they have settled into their respective lives and their respective truths. They are in a place, where they can come at it from a different perspective.”

When asked about what she likes most and least about her character Mariah, Grimes said, “I like her quick wit, and sometimes, it can be biting. Anybody who has that drive and humor, there is an intelligence there that they are hiding with humor because maybe they don’t believe in themselves as much as they should. My criticism of Mariah is that she is down on herself a lot, even though it can be relatable and endearing at times. She can be her biggest critic.” 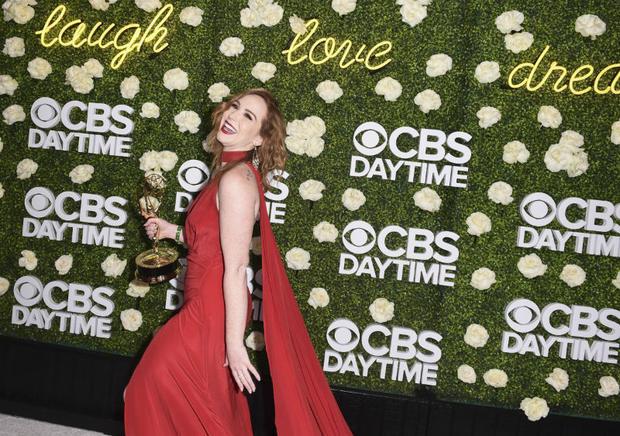 Her 2018 Daytime Emmy award marks her second career win. In 2000, Grimes previously won the “Outstanding Younger Actress in a Drama Series” Emmy for her then-role as Cassie Newman on The Young and The Restless. “Playing Cassie Newman was my ultimate transition,” she said. “I finished Cassie at age 15, and when I came back five years ago, I took on the character Mariah at age 22.”

This year, The Young and The Restless celebrated its 45th anniversary. “That was incredible,” she admitted. “Being a part of a show that has a legacy like that is a big deal, so I do not take it lightly.”

On the hardest part of her job as an actress, Grimes said, “For me, personally, it is how up in the air our schedule can be, sometimes.”

Each day, Grimes is motivated simply by the fact that she loves what she does for a living, and that’s acting. “I wouldn’t want to disappoint the fans or any of my co-workers,” she said.

For aspiring actors, Grimes encouraged them to study, in an effort to sharpen their craft. “Study a lot. Go to class, and put up work that you are inspired by. Read screenplays, and read great work. The beautiful thing about this job is that your work is never done. As you grow, your ability as an actor grows. You need to constantly be on your toes, and you need to constantly be flexing that muscle.”

Grimes defined the word success as follows: “Having a career, in which I am not stagnant; a career where I can continue to grow and be challenged. Also, being able to go home to a healthy, loving partnership, with some kids, my family around me, and a glass of wine at night.”

For her fans, Grimes said, “Thank you. I wouldn’t be anywhere, much less back on this incredible show and in this incredible role that I have right now if it weren’t for the fans. They cheer me on, and they follow my career. I owe the fans everything.”

For more information on The Young and The Restless, check out its official homepage on CBS.

In this article:Actress, Camryn Grimes, Daytime, Emmy, Soap, supporting, The young and the restless