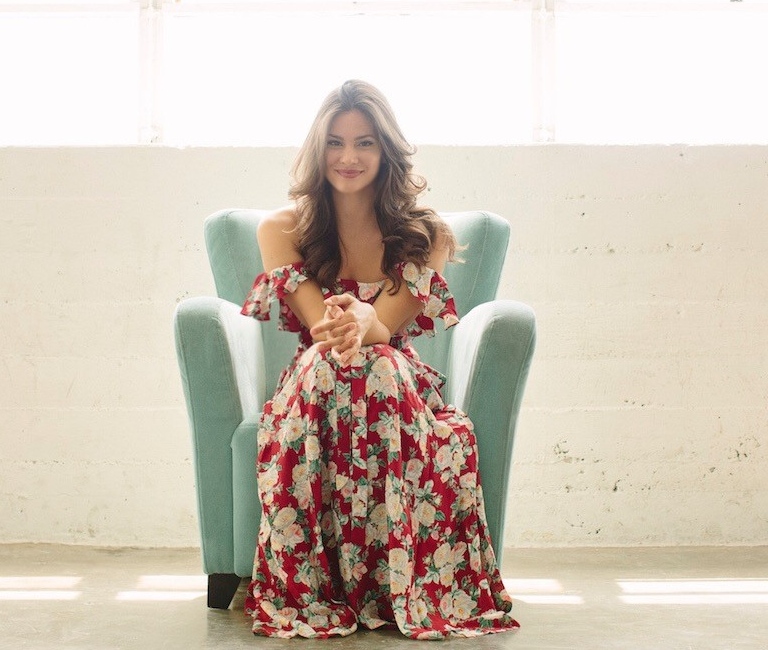 She earned an Emmy nod for “Outstanding Guest Performer in a Drama Series” for playing Brook Lynn Quartermaine while Amanda Setton was on maternity leave. “I’m honestly still in shock,” she exclaimed. “It was a total honor to just get cast on ‘General Hospital,’ fill in for the mega-talented Amanda Setton, and then get nominated?! It’s more than I could’ve ever imagined and I am so grateful.”

“Working with Wally Kurth was a damn dream,” she said. “Wally is not only such a gifted actor but he is so generous and kind. He likes to rehearse before so when we got to taping, I always felt so prepared and supported by him— it felt like we were such a team. He made it so easy to act opposite him that it always felt so seamless and fulfilling.”

Lane was drawn to playing Brook Lynn Quartermaine for many reasons. “I loved her spunk and fearlessness. She says what she means and wears her heart on her sleeve. She’s also so loyal to the ones she loves— she has the biggest heart,” she said.

When asked what she misses most about the “General Hospital” experience, she said, “I miss the people. ‘General Hospital’ has such a kind, fun, and welcoming cast and crew and it felt like a family over there.”

She revealed that there is new music in the works, which her duo Cadeaux will be releasing this summer. “Stay tuned,” she hinted.

For her dedicated fans and supporters, Lane concluded, “Thank you all for your kindness. I read every single one of your tweets and comments and they mean the world to me. It’s been so validating hearing what you all have to say.”