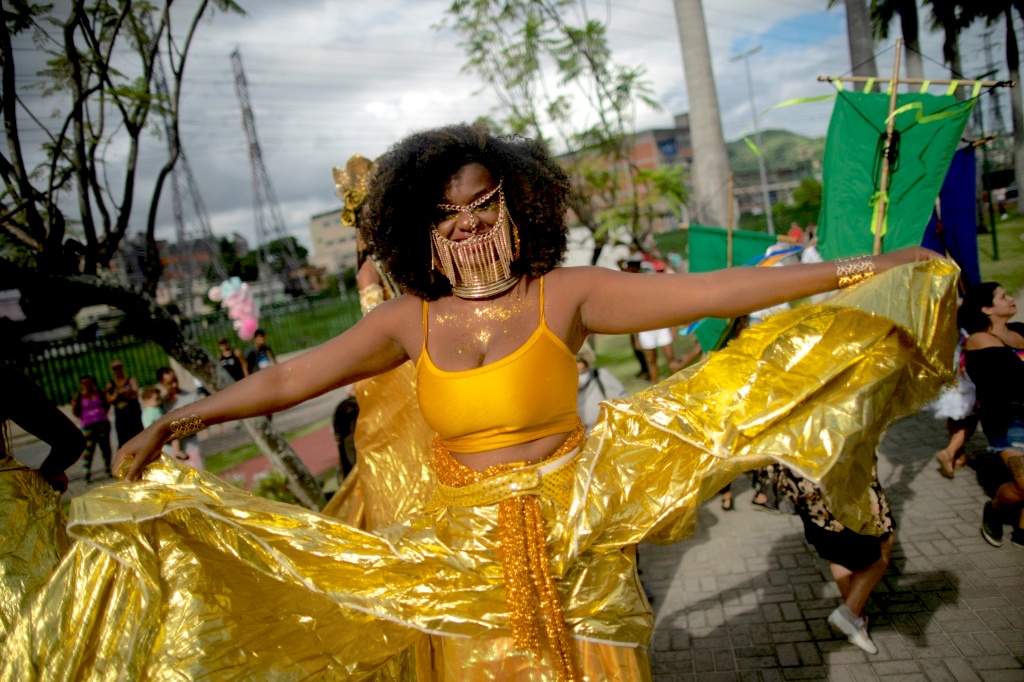 After two bleak years of lock-downs and loss, Rio de Janeiro will hold its famed carnival this weekend for the first time since Covid-19 hit Brazil, promising a giant, glittering spectacle of pandemic catharsis.

Shimmying to throbbing samba beats, thousands of dancers in sequin-studded costumes are expected to reclaim the “Sambadrome,” the iconic beach city’s dedicated carnival parade venue, which was turned into a Covid-19 vaccination center in 2021.

Canceled last year as the pandemic death toll surged in hard-hit Brazil, then postponed by two months this year over fears of another wave, the carnival show is now set to go on at last, with all-night parades Friday and Saturday nights.

“It will be a very special year. I’m just feeling, ‘I’m alive, I did it!'” said Bianca Monteiro, the “drum-corps queen” of Portela, the samba school that has won the most times in the history of Rio’s carnival parade competition.

“We want to pay tribute to those who died of Covid. It’s been a time of so much suffering, money troubles, hunger… The pandemic caused so much tragedy,” she told AFP.

Covid-19 has claimed more than 660,000 lives in Brazil, second only to the United States in absolute numbers. 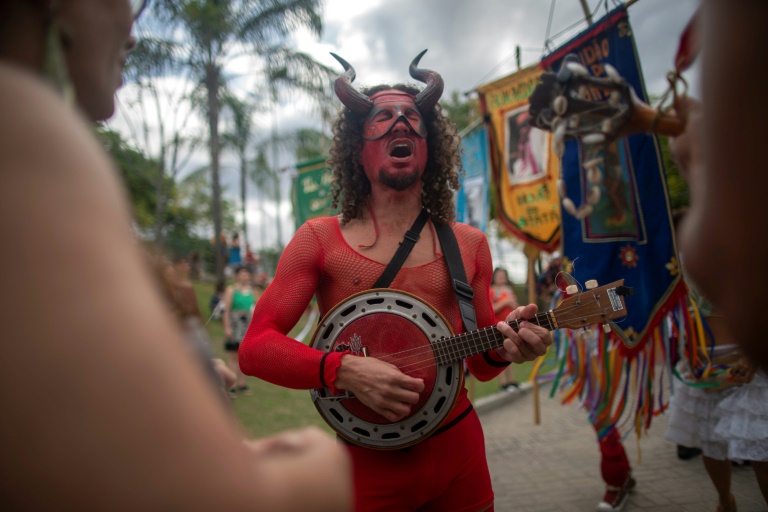 A reveller of the street carnival group “Cordao Do Boitata” performs during a “bloco”, one of the street parades leading up to the main samba contest in Rio’s Sambodrome arena, at Madureira neighbourhood in the suburbs of Rio de Janeiro, Brazil, on April 17, 2022 – Copyright AFP Sergei SUPINSKY

But with more than 75 percent of the South American country’s 213 million people now fully vaccinated, the average weekly death toll has plunged from more than 3,000 a year ago to less than 100 now.

Everyone participating in and attending the weekend’s 12 samba school parades will be required to present proof of vaccination.

“It’s a party that represents so much of what we are as a city and a country. Carnival shows the world a people that is joyful, unprejudiced, that embraces diversity, religious tolerance.”

Behind the frenzied swirl of floats, feathers and barely covered flesh, Rio’s carnival is tightly shaped by tradition and rules.

Each of the samba schools will have 60 to 70 minutes to tell a story in music and dance, to be evaluated on nine criteria by a team of judges. 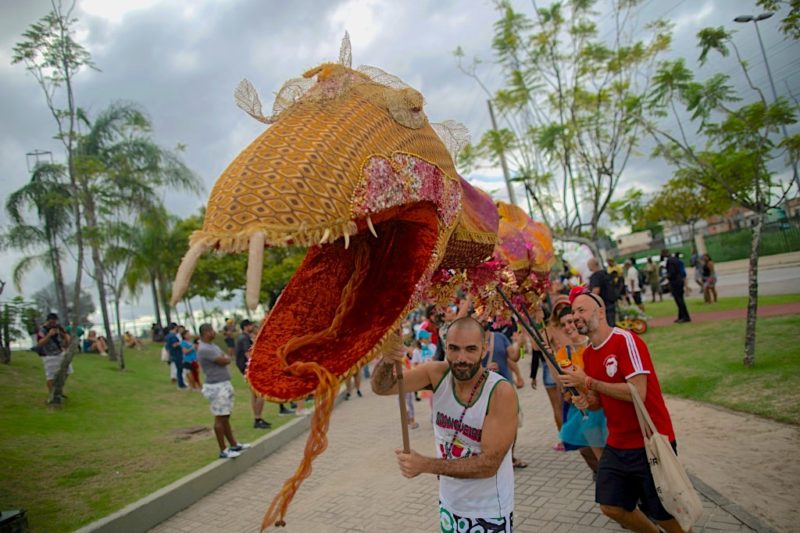 Rio’s carnival is normally held in February, but the famed samba school carnival parade competition was delayed this year until late April due to the COVID-19 pandemic. — © AFP

The reigning champions, Viradouro, chose as their theme Rio’s legendary 1919 carnival — the first celebrated after the devastation of another pandemic, the Spanish flu.

Eight of the 12 schools’ themes deal with racism or Afro-Brazilian history, loaded issues in a country where the current president has faced frequent accusations of racism.

Their samba songs include treatments of the protests that erupted in the United States after the police killing of George Floyd in 2020; tributes to two “orixas,” or deities, of Afro-Brazilian religion; and celebrations of the black samba singers Cartola and Martinho da Vila.

“Under the current government, which is closely aligned with conservative movements that are hostile to carnival, it’s highly political to have this black, visceral carnival.”

The excitement of carnival’s return is also tinged with fatigue for the samba schools, which spend the entire year preparing — extended in this case because of the pandemic beyond the usual dates just before the Catholic season of Lent.

“There’s a lot of pent-up emotion. We’ll have to hydrate really well to compensate for all the tears we’re going to shed,” said Talita Batista, who will be parading for Portela.

The event is also expected to bring some relief for a tourism sector battered by the pandemic.

Rio hotels are expecting an occupancy rate of 85 percent, despite the fact the city has not authorized “blocos,” the massive street parties that usually accompany the official parade competition.

Several smaller street parties are still expected to be held.