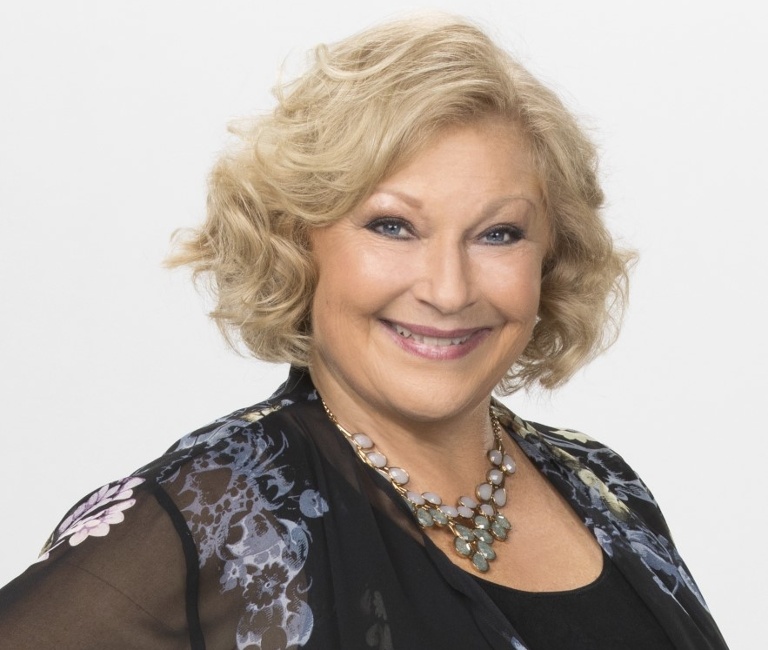 Emmy award-winning actress Beth Maitland chatted about her 40th anniversary on the No. 1 daytime drama “The Young and The Restless” on CBS.

Walt Disney once said: “All our dreams can come true, if we have the courage to pursue them.” Veteran actress Beth Maitland is living proof of this wise quotation by the cartoon icon.

She is known for playing the iconic role of Traci Abbott on “The Young and The Restless,” the on-screen sister of Ashley Abbott (Eileen Davidson) and Jack Abbott (Peter Bergman). Ironically enough, Davidson is also celebrating her 40th anniversary on the show with Maitland.

On being on the historic soap opera “The Young and The Restless” for four decades, Maitland said, “Oh my Gosh. It is utterly overwhelming. There is no other way to describe it. The fan response and their enthusiasm has been lovely and beautiful. It has been a process since it has been a few weeks since we have our on-set celebration, and the tribute episode is coming up soon. I am blown away by all of the kind words that my co-stars and co-workers have said about me and to me. I am overwhelmed with gratitude. How can it be 40 years of all of this happening? Where has the time gone? It’s crazy.”

The evolution of soap operas over the years

She opened up about the progression of the daytime drama genre over the year. “Soap operas continue to be very significant for long-term viewers in terms of welcoming us into their homes during the week. We are treated and felt like we are a part of their families.”

“In the longer term, the long-time viewers get really attached not only to our characters but to the actors that play those characters and various storylines. Also, people carry soap operas in their everyday lives, as well as their relationships and friendships. Soap operas are in their conversations, their laughter, and tears. We are all a part of a bigger community, a bigger family of viewers and storytellers. That’s what soap operas specialize in,” she explained.

“You can watch people grow up in soap operas and you grow up with them,” she added.

“Back in the day, the stories took a lot longer to play out so you had to keep tuning in because the process was much slower for a story to be told, it was a very slow reveal so the pace was very different,” she said.

Maitland continued, “Back then, there wasn’t cable, no streaming services, or movie channels. You sat in front of your TV and you had three choices, and the people planned their lives around tuning in. The intention span was different and back then, there were fewer things to pay attention to. There was no e-mail or Internet. People were only watching that show, so the attention span was longer and the scenes were longer. Now, it’s a very quick world.”

Over the years, she shared that she enjoyed doing the rock concerts on the show. “Those rock concerts were a true highlight every summer. The production value was great, they had laser lights and smoke effects,” she said.

On the greatest lesson that the acting profession has ever taught her, Maitland said, “To leave your work in the studio and live your life at home.”

“Quilting has been fantastic,” she said with a sweet laugh. “I need to have something to do when I am not acting, and it is so much fun. My daughter and I built our website this summer and it launched three weeks ago. It has been an epic May.”

“I got a new computer for my quilting system, which allows me to expand my ability to be a little faster and get projects done for clients and customers. I am still working very hard on mastering very difficult software, which is fun. It is always good to keep my creativity going, and to learn new things, and to keep growing. Quilting keeps me connected and alive. I am so blessed to be able to be a part of this community too,” she added.

To learn more about her quilting, check out her Drama Queen Bee Quilts website.

When asked what superpower she would have, she revealed, “I would want to be able to relieve pain.” “I would love to wave my magic wand and take away pain,” she said.

On the title of the current chapter of her life, Maitland said, “It’s Never Too Late to Try Something New.”

If she were to write, direct, and produce her own short film, she revealed that it would be on “romance later in life after loss.” “I lost my husband almost three years ago, it was a complicated and multilayered tragedy, for myself and my daughter, and it changed my life, and my perspective and it was devastating,” she said.

“Shortly after he passed away, we entered the pandemic so our hands were tied about taking care about a lot of things that the shutdown of the world overruled. On the other side of that now, the things that stick with me the most are how important it is to hang on to hope and how amazing it is, even at my age, my time in life, and my circumstances, there are still surprises. That’s what I would talk about, that’s what my short movie would be about,” she elaborated.

On her definition of the word success, Maitland said, “Wholeness as a person. Feeling complete, making contributions, learning new things, chasing new challenges, and hanging on to dreams.”

“To look into my daughter’s eyes and know that I am leaving a legacy there as well. Also, to have lovely friends who I love and who love me, and to have a life full of interesting hobbies,” she added.

For her dedicated Y&R fans, Maitland expressed her sincere appreciation. “It is all because of those people that have tuned in and watched, and supported us, and loved us. These are the people that keep our world spinning. If it were for those viewers we wouldn’t be on television. Without them, I wouldn’t have been able to have experienced these last beautiful 40 years that have changed my life,” she said.

“It is with great thanks and appreciation and amazement that I send my love to every viewer,” she concluded.

To learn more about “The Young and The Restless” or to stream the show online, visit its official CBS website.