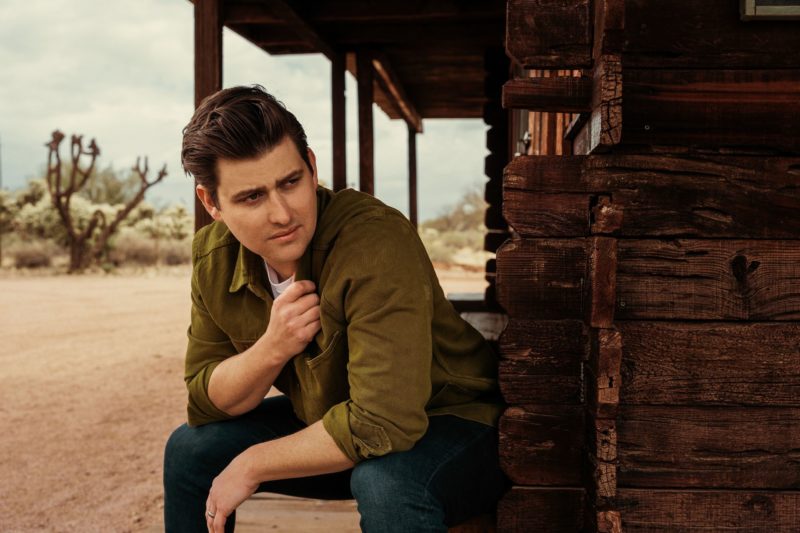 Rising country singer-songwriter Austin Burke chatted about his “Changed Everything” EP and being an artist in the digital age.

How did you approach the song selection process for your “Changed Everything” EP?

I’m really fortunate to be signed over at Warner Chappell Publishing. Jessi Stevenson has been my biggest champion on my team there and has taken over as my A&R.

She, along with the rest of my team, really lean in to what the fans respond to best because they are such a huge part of my story. Since I’ve been able to put my music on TikTok to receive instant feedback on a song is such a blessing.

Everyone really came together, just like these songs did for this project, and this EP is a combination of all of those things.

What is your personal favorite song on there and why?

I think I would have to say my favorite song is “Let It Burn.” I wrote it about my parent’s divorce and it took me about 6 years to be able to process things to fully write about it. But once I could finally write about everything, it ended up being a very healing song for me – which I thought was going to be the best part. I couldn’t have been more wrong. Getting to see how fans are able to use this song to heal in their own ways is the biggest blessing.”

I try to go into each write with an open heart and open mind. I think it’s important to not only write what’s on my heart, but it’s also so important to be open to what is on my co-writers’ hearts as well. Songwriting is such a collaborative effort and I love to just get into the room and then feel it out… to try and see what the vibe is that day. And then go after that.

How does it feel to be an artist in the digital age? (now with streaming and technology being so prevalent)

Honestly, I love everything about it. I’m very fortunate to get to do what I love when I wake up every day. None of my current careers would be possible without streaming and social media. At the end of the day, great music is always going to win. Before such a digital age, we had a few powerful people choosing what people got to listen to. Now, the fans get to decide what they want to listen to and I think that’s really powerful.

I can’t wait to just keep releasing music this year. I want to keep giving the fans what they want so we are already working on our next release even though this project just came out. In the last few years, all we’ve been able to do is write. I’m so ready to get back on the road and be able to see my fans. There’s nothing I love more than performing so I’m excited to be able to do that.

Which female artists would you like to do a dream duet with? (Pick 2 for 2 separate duets)

First, I’d probably say Lainey Wilson because she is absolutely crushing it right now. Her voice is unbelievable and I’ve seen her grow over the last couple of years. She’s super unique and stands out in her own way. She stays true to herself and I love that.

Second, I’d go with Carter Faith – she’s another female that is absolutely unreal. Her voice and her style is so smooth and very much my vibe. My wife showed me her music and since then I’ve been a big fan. I think she’s going to have a huge career.

I used to think it was selling out arenas, but I have since realized that is definitely not true. I think success is waking up every day, doing what you love, being with the people you love, and being able to give love to the world.

I am so blessed with an amazing wife, two dogs, an incredible family, and the fact that I get to make music is just the cherry on top. The second music becomes something I’m not enjoying, that’s the moment that it’s time to move on. And I don’t see that happening.

What would you like to tell our readers about your “Changed Everything” EP? (What’s the one thing you want them to get out of it)

I just want them to find their song. If it’s more than one song then that’s amazing, but I think music is all about connection. I want my fans to find that song that they just FEEL something to. That’s why I make music, and that’s why I made this EP.

In this article:austin burke, changed everything, Country, Ep, singer-songwriter