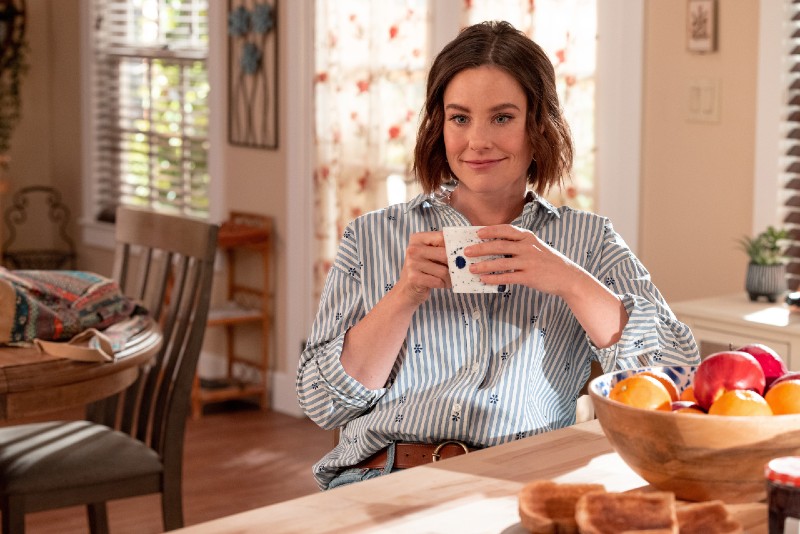 Based on the children’s book series by Paula Danziger, “Amber Brown” was created by, written by, and directed by Bonnie Hunt, who also served as a co-executive producer.

It tells the story of a young girl named Amber who finds her voice through music and art in the wake of her parents’ divorce and her best friend moving away. “Amber Brown” is available for streaming on July 29 on Apple TV+

Williams stars as Aunt Pam in “Amber Brown.” “I had the best time shooting this show,” she exclaimed. “I’ve been a huge Bonnie Hunt fan for a long time, she is such a force. Bonnie is such a legend and getting to work so intimately with her is such a privilege. I learned so much from Bonnie, and I recently started directing, and getting to see somebody as seasoned as Bonnie in action was genuinely inspiring.”

Aside from Ashley Williams as Aunt Pam, “Amber Brown” stars Carsyn Rose in the title role of Amber Brown, Sarah Drew as Sarah Brown, Emmy winner Darin Brooks as Max, Michael Yo as Philip, and Liliana Inouye as Brandi.

“Carsyn Rose is a magical creature, she is wonderfully warm, creative, and incredibly present as a performer,” she said. “Carsyn is new to the industry but comes at it from such a genuinely real place. Ultimately, this craft is about presence, honesty, and truth, and Carsyn gives a masterclass in her performance in the show so that was wonderful.”

“Darin Brooks is a comedic genius and I feel so lucky because I don’t think the world really knows that yet. I think Darin really shines with Bonnie’s writing. He is a lesson in comedy technique, we laughed so hard each day,” she said.

“Also, Michael Yo is pretty new to onscreen performance but he has been performing as a stand-up comedian for so many years, and that was a cool different angle. Michael Yo is also a genuinely lovely human being. The band was tight, we were shooting on location.”

“Sarah Drew is a consummate host, she would have us for dinners at her home. There was a lot of genuine bonding that went on among the adults, and we got very close. I feel very lucky to have been a part of this ensemble,” she acknowledged.

The “Amber Brown” trailer may be seen below.

This new Apple TV+ family series was hailed as “compelling.”

To learn more about “Amber Brown,” check out the official Apple TV+ website.

On the title of the current chapter of her life, she said, “Prep.” “I am directing a movie right now, it is called ‘Prep’ and it’s a coming of age story set in the country,” she said. “I am having a really good time, I really like being a director.”

If she were to have any superpower, it would be the power of flight and the ability to breathe underwater. “I can always fly in my dreams, I think that’s why I like to sleep,” she said. “Breathing underwater is very similar to flying except with more interesting wildlife,” she added with a sweet laugh.

This past June, she enjoyed being a part of the RomaDrama Live! fan event in West Palm Beach, Florida. “It was so incredible seeing the audience reaction in real-time to my movie ‘Two Tickets to Paradise’, that was really exciting,” she said.