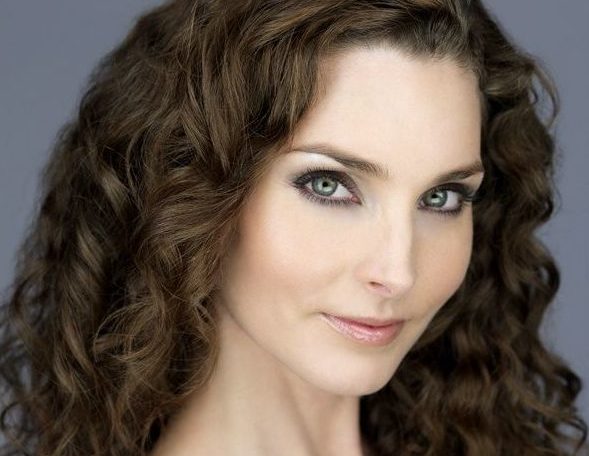 Emmy-nominated actress Alicia Minshew chatted with Digital Journal’s Markos Papadatos about being a part of the upcoming “All My Children” virtual reunion on August 1, the series “Wholly Broken,” “Eltingville,” and making a cameo on “Reunion Road Trip” on E!

‘All My Children’ virtual reunion

This “All My Children” virtual reunion, which will take place on August 1, is produced by Coastal Entertainment. To learn more about this virtual event, click here.

The proceeds will be in memory of John Callahan and they will benefit such charitable organizations as Contractors for Kids and the Tunnel to Towers Foundation. “This Zoom event is going to be fun,” she hinted. “It’s going to be the first time that entire group has been together for the first time, and I just think it’s going to be so much fun. It will be neat to see my old pals again.”

She is thrilled to be a part of the series “Wholly Broken” with Susan Lucci, which was directed by Tom Humbert. “I am so excited to be working with Susan Lucci again,” she said. “It will be fun to work together again and it will be cool since she is not playing my mother. I am playing a lawyer and she is playing a senator.”

“While Susan Lucci and I won’t be related, it will be cool to be on a set together playing different characters,” she added.

Minshew recently made a cameo on “Reunion Road Trip” on E! where she reunited with her former All My Children co-stars Cameron Mathison, Rebecca Budig, and Eva LaRue in a Hollywood mansion. “It was a short and sweet cameo via Zoom,” she said. “It was a blessing to pop on that show, connect with my friends, and talk about old times. It was a blessing to be a part of it in some way even though I couldn’t be there in person.”

She also spoke about “Eltingville,” which is directed by Chris Roberti and created by Edward Cordiano. “I co-produced the pilot of that show,” she said. “That is what has kept me super busy. We hand-picked this amazing cast.”

Speaking of the cast of “Eltingville,” it consists of Garry Pastore, Ronnie Marmo, and rising star Dion Costelloe.

Minshew expressed that she was thrilled for the series “Beacon Hill” to receive a Daytime Emmy nomination for “Outstanding Limited Series” for it second season. Minshew appeared in the inaugural season of the show.

She had great words about working with Jessie Godderz (Mr. Pec-Tacular) in “Tainted Dreams,” which was directed by Sonia Blangiardo. “I love Jessie Godderz, he is a riot,” she exclaimed.

In this article:Actress, Alicia Minshew, all my children, reunion, Virtual