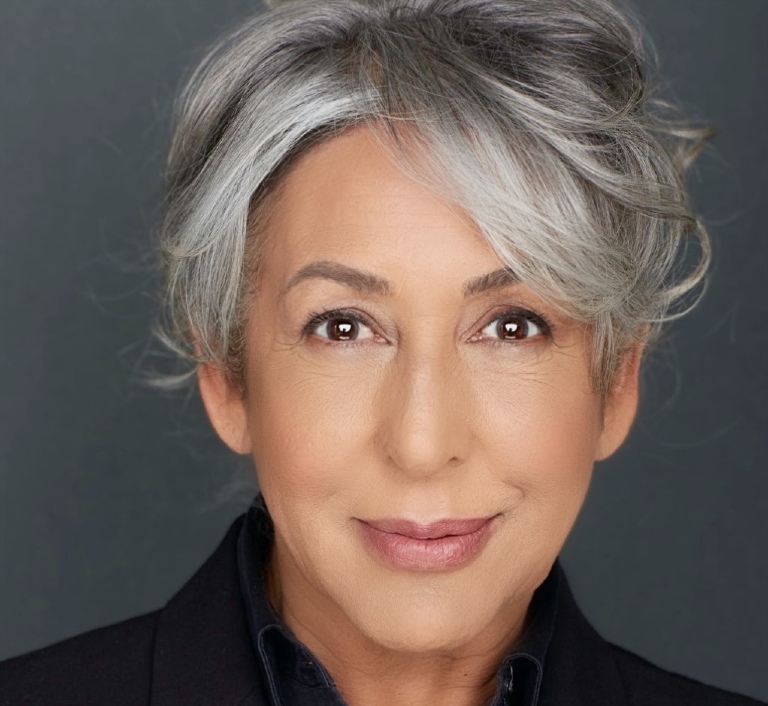 Actress Zoë Yeoman chatted with Digital Journal’s Markos Papadatos about etiquette and its significance. She also opened up about her school on etiquette.

With all of the conveniences of the modern world, we may believe that people have gotten sloppy with regard to how they treat one another. With less actual face-to-face interaction, and more people hiding behind keyboards, it’s easier to say things you perhaps wouldn’t normally say, in-person.

It’s also easier to “flake out” or “ghost others” when it may be even the slightest bit uncomfortable to discuss or come to a resolution on any particular situation. One may send a text… or sometimes, simply not bother. It’s simply too uncomfortable.

We could go on and on about the myriad of ways in which an over-stimulated, instant gratification culture with so many choices, has seemingly left courtesy and manners in the rearview.

Don’t be entirely dismayed, because there are those like Zoë Yeoman who work continuously to point out how we may have lost our way in this regard. You may think of her as one of only a handful of Guardians of Etiquette and Civility, remaining today.

In fact, for 13 years, Ms. Yeoman ran a school and taught Etiquette in the Phoenix metropolitan area: “I know I helped hundreds of children, college students, and adults and I really loved my work. I am very grateful for those years I spent in the service of people who needed my assistance.”

Zoë also happens to be an accomplished actress with numerous film and TV credits. She’s spent a lot of time on film sets and on stage, and most certainly in the “real world”, always observing with a bit of an outsider’s perspective. Yeoman grew up, having lived around the U.S. and overseas. She was often the new kid, always watching how people interacted and gaining an understanding of the importance of being able to fit in.

She’s been taking notes for a long time and Zoë willingly shares what she’s learned about Etiquette, to anyone who has an ear to listen.

Zoë, is there really a growing lack of etiquette in today’s world?

I do believe we’ve become rather lax in our overall behavior towards others and how we relate to one another. Whether the issue is our individual political beliefs and those discussions or whether it’s about letting someone merge into our lane, we’ve all become a bit hurried in our day-to-day lives. The stress of COVID, spending so much time alone and away from one another most definitely has taken its toll. Add social media to the mix and we’re all out, seemingly, to make others’ lives miserable.

Additionally, as we’ve become a much more casual society, folks have truly forgotten the golden rule. Then there’s the pj’s on planes, shorts, and flip flops in almost all restaurants, the opera, etc. Taking care of others in public, allowing for their and our mistakes; takes grace, giving it, and living in it isn’t always the first place we go anymore, emotionally. It’s hard, I know and for me, too, sometimes.

We’re angry, we’re selfish and we’ve become seriously entitled. I realize this is a general, broad-brush statement, but if we could all take a breath first, put ourselves in other’s shoes per the old adage, realize we have no idea “what anyone’s going through in any given moment”, on any given day and move through life with love in our hearts, it would really help these days.

Have you noticed a change in the way people treat others in your life?

I would say so. There used to be a real effort made to show appreciation to others in various ways, which we’re all familiar with, especially if we’re from certain generations. The good news is that a lot of us are kids of boomers and those good and mannerly ways were shared with a lot of us. But, with the advent of the internet, handling social greetings and such, has become much more technology-based.

Whether that’s with wedding invitations and those RSVPs, ticket sales, or in other ways, we almost completely deal with each other over the airwaves. Once we added that “middle man”, the personal touch was pretty much taken out of the “relational equation”. Whether it’s thanking a prospective employer for an interview, reaching out to businesses for information, which used to be done on the phone, back in the days when businesses actually answered their phones. If you had an issue with a company, you could call their CEO directly, (something I’ve done).

If you wanted to write a CEO or business owner, thanking them for a job well done, you could do that, too. Now we’re lucky if we get an actual address for a company. Times have changed!

Why were you initially drawn to the topic?

When you’re brought up as I was, a military, middle-class family, with parents who wanted the very best for us; you get rather used to rules and acquire an understanding of the things that matter in interpersonal relationships. Putting one’s best foot forward allowed you to travel in any circle, being comfortable wherever you were. That’s important for any child; socialization skills and personal confidence help with success in life.

Etiquette training is the epitome of assisting in the importance of making it in the world. Those life skills make all the difference. Supreme Court Judge Clarence Thomas said it best: “Good manners will open doors that the best education cannot”.

What inspired you to start a school on etiquette?

I really felt as though so many young people were struggling with their identity and with their manners in general. The older folks among us sometimes have trouble moving forward, as well. Fighting their family trauma, divorce, perhaps being brought up by parents who didn’t understand the importance of this training.

With my guidance, they got to see their world in a different light. I helped them get rid of the self-esteem gremlins; they learned how to stop apologizing for themselves; how to stand up straight, speak up, know how to shake hands, table etiquette, on and on. If knowledge is power, they all now had it.

What public figures do you think probably operate with a great deal of etiquette in their own lives? Can you tell by observing them publicly?

I think there are many public figures who seem to handle themselves with dignity and integrity. We all know who they are; but we don’t really know them, do we? That said, none of us are perfect. We all act out, we all have moments where we lose ourselves, thanks to hard, life-lived emotions we are constantly trying to overcome.

So, I’m loathe to name names here; the people we look up to in our lives, our heroes, well…they’re humans, just like us. Politicians, judges, celebrities, all, just humans. I don’t put too much stock in anyone I don’t know personally. We learned that lesson back in the ’60s with a President and that’s just continued on. The public figures we thought we could trust, well, let’s just say,  we’ve learned the hard way.

What areas of the modern world would you say society has lost the most amount of etiquette?

One way it’s seriously obvious, is in the way we all walk around now, dressed (or not, in some cases!). Whether it’s a 70-year old trying to look 40, collarless shirts, too much skin or simply overly casual dress for every situation, I find it heartbreaking! I know, I laugh at me, too.

As a person who tries to look good when going to the grocery store (because you never know who you’re going to run into), I pine for the days when we all got dressed. When wearing a tie wasn’t the end of the world and beautiful dresses were the thing. Now it’s $300 jeans, collarless couture t-shirts everywhere and shorts in restaurants. And, people are constantly complimenting me, telling me I’m fabulous so on and so forth and I think “you are too”, work it, why don’t you?

Are the rules around this whole topic often changing?

Yes and no. There are some rules that will never change. Then there are plenty of others that people work around, constantly. Like texts instead of cards; including sympathy cards. Which, well, how many times must I state the obvious…

Here’s a fun question. When was the last time you could’ve used a little more etiquette in a situation?

Recently, I endured an actual verbal assault from a tire technician, when I asked him if he would be kind enough to check the air in my tires for my trip home. He made a face at me when I asked (it’s not like we don’t spend money with this tire company); he couldn’t have been nastier in that moment. When I called him on it, in an actually funny manner, he took the opportunity to “teach me a lesson”.  Clearly, he didn’t appreciate my sense of humor. I’ve called the company and opened a case, but I will tell you; I too, could’ve been much more level headed in the moment. I could’ve deescalated the situation. I wish I had now; nevertheless, two people, one situation and a bomb went off (figuratively speaking).

What’s a great rule for correcting someone who could use a little more etiquette?

It’s not really what you say in a lot of cases; it’s how you say it. So as long as information is shared at the proper time, in the proper way, most adults (and kids for that matter), will react appropriately. See number 8. Did my simple comment: “I’ve driven all of the country, and no one I’ve ever asked to check the air in my tires has made a face at me” truly instigate such ill will and vitriol? Apparently so. Be careful when “correcting” anyone. Some folks simply will not take it in the spirit in which it’s intended.

I do believe overall people try to do their best at any given moment. We all fail from time to time. Maybe the lesson is, when someone else fails, afford them grace, remembering that the hope would be, when you’re the one failing, the same may be afforded to you.

To learn more about Zoë Yeoman, check out her official website.