The Haves and the Have Nots, a wildly successful soap opera that stars the actor formerly known as “Bo Duke,” John Schneider, as family patriarch, Jim Cryer, had its season four premiere last night (January 5) on the Oprah Winfrey Network (OWN). I caught up with the 55 year old en route to New York City where he is set to attend a press event for the show.

“We’re headed to Manhattan from upstate New York,” explains the showbiz veteran, a native of Mount Kisco, NY. “Usually what happens is all the cast members get into a room with food and alcohol and we move from microphone to microphone with semi-private interviews for several hours.

“Then we’ll probably do a question and answer period at the same place later on and then again tomorrow. It’s an opportunity for us to talk to various publications throughout the country who want to know what’s going on in the world of The Haves and the Have Nots.”

“Everyone’ll be there – we all love the show,” he adds, confirming the presence of his co-stars. “It’s an opportunity for us all to play characters we’ve not really played before. I enjoy the hell out of it and the rest of the cast members are really terrific, so we all show up.”

In answer to the question of what it is that viewers love about the programme created, written and directed by Tyler Perry, John muses, “I think they feel better for watching The Haves and the Have Nots because they know they’re not nearly as bad as the people they’re watching…

“It makes them feel better about themselves and it’s a bit of a guilty pleasure. I say things to people as Jim Cryer that people wish they could say. I think the show touches that emotion in people a little bit.”

As well as working on the series, Schneider, who for much of the first decade of the 21st century played Jonathan Kent – Clark Kent’s adoptive father – on Smallville, also has a number of movies in the pipeline, most of which are being produced by trusted friend and collaborator, Alicia Allain, and filmed at his very own John Schneider Studios in Louisiana.

“We are also in prep for one called One Month Out; I’d call it a financial decline love story… It’s quite amazing to have met someone who is as passionate about films and making them as I am. The really amazing thing is we come to the table with the same passion, but with an entirely different set of tools in our toolbox. I’m a writer/director/actor type and she’s a producer/connector type. It’s perfect. I’d never said I’d found a match made in heaven before, but I honestly believe I have.”

Will the films be released one after the other in fairly quick succession? “I don’t think so… One of them needs to come out and make a noise, so if the first one comes out and people say, ‘Wow, that was great, what else do you have?’ then they will come out in fairly rapid succession.

“But if the first one comes out and makes a bit of a noise, but not really a shout, then we’ll have a long-term plan for the second one. I was in the music business for a long time and you put songs out until one of them becomes a hit. Then, once one of them becomes a hit, you’d better have something to back it up – and you’d better have it already done.”

As far as his lucrative sideline as a country singer is concerned, Schneider – whose 24-year-old son Chasen is following in his father’s footsteps (he has a role in two of the upcoming movies) – certainly never struggled to have hits when at the peak of his music career in the mid-1980s.

Between 1981 and 1987, the friendly father of three, who says he’s happier now than he’s ever been, enjoyed an enviable run of 10 Top 10 singles, including four number ones. 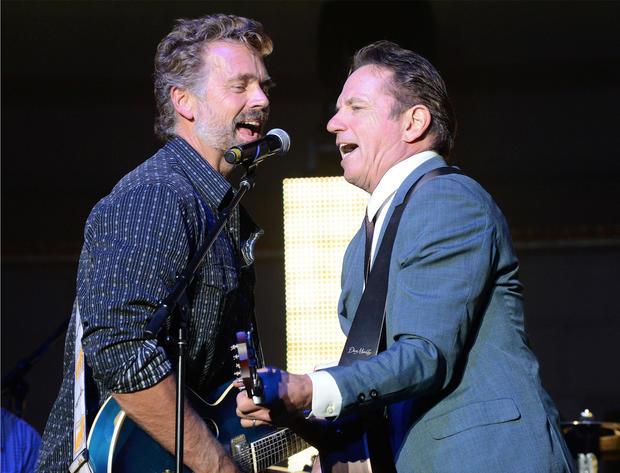 Tom Wopat and John Schneider in Concert.
Rick Diamond/Getty Images
The 2014 Christmas album he recorded with Dukes of Hazzard co-star, Tom Wopat, was re-released on vinyl a couple of months ago and although the popular pair did a few Christmas shows together, things have been a little quiet on the music front of late. Is the singing career currently on hold?

“It is,” replies John. “My only plan really for the music at this stage is to put it into the films we make. I love country music, I love travelling. I love to do the whole live music thing, but honestly one of the reasons why I did it was hoping that I could make enough to make my own movies. It’ll also give me the opportunity to be able to give singer/songwriter friends of mine a pulpit from which to showcase their own music and I’m excited about that.”

As a lifelong fan of The Dukes of Hazzard, I was delighted to hear the star speak highly of his on-screen cousin, Tom Wopat (“We have a wonderful time when we work together and that relationship that was evident on Dukes… is still evident some 37 years later”), and suggested that with the 2014 Auto Trader TV commercial it was as if Bo and Luke had never been away.

“I know, isn’t that great? It’s such a shame that the whole controversy about the flag killed any chance of doing a second one of those… I do believe they were planning on doing a second one, but of course now that’s an impossibility.”

Finally, while we were on the subject of one of the greatest TV shows ever made, I wondered whether John had any favourite scenes or episodes from the still much-loved series that ran from 1979 to 1985, returning intermittently since then for the odd reunion special.

“One that always comes to mind was called The Ghost of General Lee… Someone had taken our car, The General Lee, and Rosco thinks he’s caused us to drown. It shows Rosco’s real appreciation, in fact love, for the Duke boys and he was terribly hurt when he thought he’d killed them.

“There are a couple of moments in Dukes… that aren’t all fun and games and that was one of them. Then I wrote and directed the last episode we did called Opening Night at the Boar’s Nest and in that, Rosco does a magic trick and thinks he’s made Boss Hogg disappear – and you see the love he has for Boss Hogg.

“We drop the veil of shenanigans and laughter and show what those relationships are really like. Those are my two favourites because of those reasons and it’s important, I think, to note that both of them centre around the amazing acting ability of James Best, who played Rosco.

“He was amazing in everything he did; he was not just a funny guy. In fact, I think the comedic timing kind of came to him later on in life because before that he was a very serious actor. I was very fortunate to have grown up working with people like Jimmy Best and Denver Pyle and Sorrell Booke. Incredibly talented men, incredibly talented actors.” 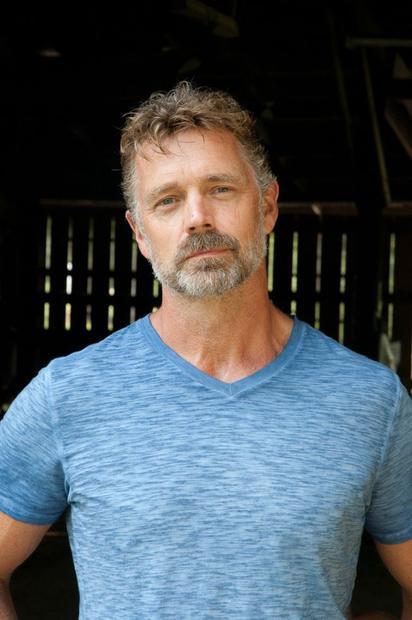 John Schneider
Brian D. Perkins
“It has something for everyone,” concludes the man of many talents, addressing the ongoing popularity of the programme. “I think for many people who grew up watching it, their fondest memories of their grandparents were watching it on a Friday night. Now those grandparents are gone, so when they think of The Dukes of Hazzard, they think of Grandma and Grandpa and the wonderful times they spent with them.

“But, I do meet three and four year olds who are just as crazy about the Dukes as their parents were almost 40 years ago, who seem to have discovered it on their own – it’s a bit of an enigma. It is good clean fun about, the song says ‘two modern-day Robin Hoods,’ but I believe it’s unfair not to include Daisy in that.

“So I’d say three modern-day Robin Hoods who get away with doing the right thing! It’s a wonderful show. There’s no show that’s ever been like it and the proof is in the fact it’s still going all these years later. It’s managed to survive the collateral damage of this debacle about the battle flag of the state of Tennessee.”

For more information on John Schneider, visit his official website.