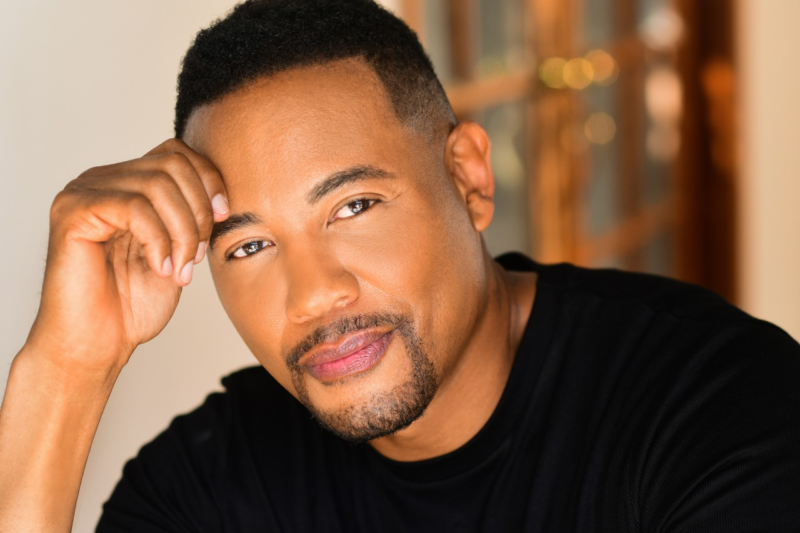 Actor Derrex Brady chatted about the series “Johnson” on Bounce TV, where he plays the role of Jarvis Johnson.

“There are some dissensions amongst the four guys and Season 2 is going to give an opportunity for the audience to see if they’re going to be able to work to resolve them or will they be divided further apart,” he added.

He is drawn to playing Jarvis for many reasons. “This is the first time that I’ve been able to play a multidimensional character with so many layers. In my past, if my character was highly intelligent or very successful, he was a little boring or slightly on the goofy side,” he said.

“This is the first time that I’ve been able to play a highly successful character that also has swag. I also love playing with three other black leads because it allows us to authentically tell our story from our perspective,” he added.

On being an actor in the digital age, Brady said, “It feels great because there are so many more opportunities to work as an actor or even launch a new show because the demand for content is so wanted.”

Regarding his plans for the future, he said, “My current plans are to continue to devote myself to ‘Johnson’ and other acting projects, as well as produce, write and direct. I have a production company with my producing partner MD Walton; we created Skyscope Pictures to give a voice to the voiceless and marginalized communities.”

“Our goal is to tell unique stories with the commercial appeal that can give opportunity for people to see different perspectives than maybe their own through cinema and TV,” he added.

On his daily motivations as an actor, he explained, “The opportunity to dive into other characters and create an experience that can be relatable and moving to other people.”

“As a little kid, I watched movies with my mother and it gave me the ability to dream and believe that I could be whatever I wanted to be. And so I want to pay it forward for other kids and adults who can see some of my work and the stories I’m telling to encourage them that they can dream and be whoever they want to be,” he elaborated.

Regarding his definition of the word success, he said, “Success means to me being able to do what you absolutely love for a living, which gives you the ability to celebrate and enjoy life with the people you love.”

Brady remarked about “Johnson,” “I feel like many times when we see black men on TV and in the media, there is a certain stereotype that is showcased. When I see these stereotypes it’s not the black men that I know.

“One of our goals with ‘Johnson’ is to bring a balance to shed light on the black men who are everyday working men who are engaged fathers, men that are married, college graduates, entrepreneurs, and the like. I want people to take away that black men are not simply floating but many of us are working hard to build a legacy that can go far beyond ourselves,” he concluded.