A very experienced and highly regarded thespian with numerous film, television and theatre credits to his name, Tony Roberts had been a popular stage actor for 12 years – and was nominated for two Tony Awards – before landing his first film role in the Walt Disney comedy The Million Dollar Duck in 1971.

In October, hardback copies of his “anecdotal memoir,” entitled Do You Know Me?, became available to buy online. The veteran of stage and screen, who considers himself to be a character actor first and foremost, provided me with an insight into what the book’s about.

“It’s been 15 years in the making, with various articles about things that have happened to me in the business that I thought were amusing or shocking or surprising,” explains the star who began his professional career 55 years ago. “I would say it’s a book for people who want to know what it’s like to be an actor. It’s for people who want to be actors and to find out what the principles of the craft are – and who want to know what the business is like.” 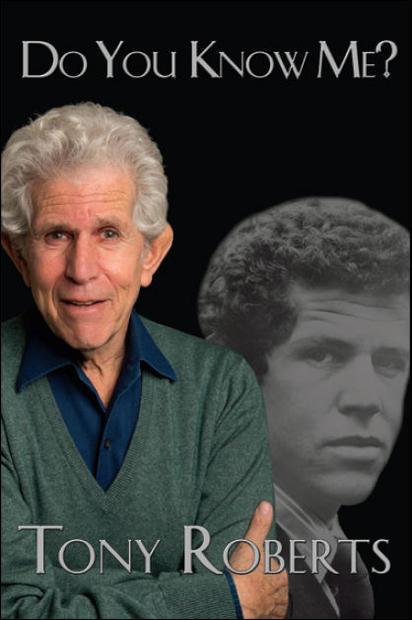 Commenting on the story behind the memorable title, the son of famed radio announcer Ken Roberts states, “I think it’s a familiar theme in my life because I am well-known to a lot of people from a lot of different sources… There are people who’ve seen me in one of the 23 Broadway plays I’ve been in over the last 50 years.

“The constant question is ‘Where do I know you from?’ which I guess is a paraphrase of ‘Do you know me?’ If you start reeling off your credits to someone who wants that answer, it gets very depressing because as you list them they keep denying that that’s where they know you from because it’s obviously not something they’ve seen. It’s a question that’s hard to answer.”

Was writing the memoir a pleasant trip down memory lane? “Yes, definitely,” comes the instant reply, “and also very therapeutic… The book is a process and has evolved to what it is, which hopefully makes the reader want to read the next paragraph.”

“Well, I guess one of the highlights of my life was being in London and starring in Promises, Promises in 1969 – which was a huge hit – at the Prince of Wales Theatre,” recalls the long-time resident of Manhattan, discussing moments from his career that he particularly enjoyed looking back on.

“I was what you could call the ‘toast of the town’ for a short time and that was a dream come true… I’d never even considered going to London, but thanks to producer David Merrick, who had employed me on Broadway in some things, I was able to star in the London production. That certainly was a glorious era in my life.”

Going into more detail regarding his friend, the great actor, comedian and playwright, Woody Allen, Roberts has this to say: “My generation thought he was unique and very, very brilliant and I met him when I auditioned to be in a play he wrote on Broadway…

“As a result of five auditions, I was finally cast in the lead in his first Broadway play. He was very shy and we hardly spoke to each other terribly much. It took a year of that to become friendly with one another, but certainly not intimate friends.

“That didn’t happen until the next play I did for him on Broadway, which was Play It Again, Sam. He was in that, so we did eight shows a week together at the theatre. Those are such close circumstances, that it allowed us both to relate to one another in a more open, intimate way and a friendship evolved.

“Obviously he’s the most famous filmmaker, practically, in the history of the medium and nobody comes close to his outpouring. That’s reason enough to want to be a friend of somebody, it seems to me, but we also enjoy sports together and we used to play baseball in Central Park. We have similar views about a lot of things.”

Tony concluded our conversation by filling me in on what he’s got going on at the present time, acting wise. “As far as my acting chores are concerned, I was last in a revival of Carousel at the Lyric Opera in Chicago, the largest opera house in America,” he reveals.

“That’s a production which hopefully is going to end up on Broadway sometime next season, if the Rogers and Hammerstein Corporation decides to bring it into town…

“I have also recorded numerous audiobooks by a man named Stuart Woods – that I’ve been doing for almost 20 years – in which I play a character by the name of Stone Barrington, who’s the kind of Raymond Chandler hero of these books. So that’s what’s been going on with me.”

Do You Know Me? is available from Amazon and also from Audible.com.

Tony Roberts will be reading extracts from the book and signing copies at the official launch on Tuesday, December 15 at The Drama Book Shop in Manhattan on 250 West, 40th Street between 5:00 and 7:00 PM.