Regarding the song selection approach for their new Christmas album, founding member Jeff Timmons said, “Obviously, we wanted some different songs than that were on the first album. We wanted a little more tempo and not so many slow tunes. We also wanted a mixed bag with regards to genres, so we could show some diversity with the vocals.”

Timmons selected the holiday song “Mary, Did You Know?” as his personal favorite from the new album. “It’s just a beautiful song, and Nick [Lachey] crushes it on that one,” he explained.

On November 26, 98 Degrees will be performing at the NYCB Theatre at Westbury on Long Island. “We’re excited to get back to Westbury. It’s such a historical and unique venue, and the fans there are always amazing,” he said, prior to revealing that they will be performing holiday tunes, their 98 Degrees classic hits, and they will throw in a few surprises.

For Timmons, family is an integral part of the holiday season, and he opened up about one of his special family traditions. “Family is everything to me, and nothing is more important than being able to spend time with them during the holidays,” he said. “Luckily, we’ll be wrapping up the tour just before Christmas Eve.”

Timmons continued, “As far as traditions go, I’ve carried along to my family that I did growing up. We let the kids open one present on Christmas Eve.”

For their New York fans, Timmons concluded, We LOVE the New York fans. It’s almost like a second home-base for 98 Degrees. We got signed there, and were embraced by the people of New York from day one. They took us in as if we were family. Being from a small town in Ohio, I felt like a fish out of water at first, but it didn’t take long for me to fall in love with the people and the city.”

98 Degrees is made up of Nick Lachey, Jeff Timmons, Drew Lachey and Justin Jeffre. 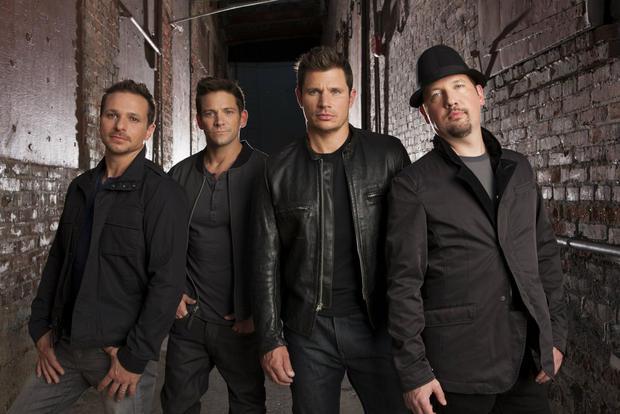 To learn more about 98 Degrees and their holiday touring schedule, check out their official homepage.