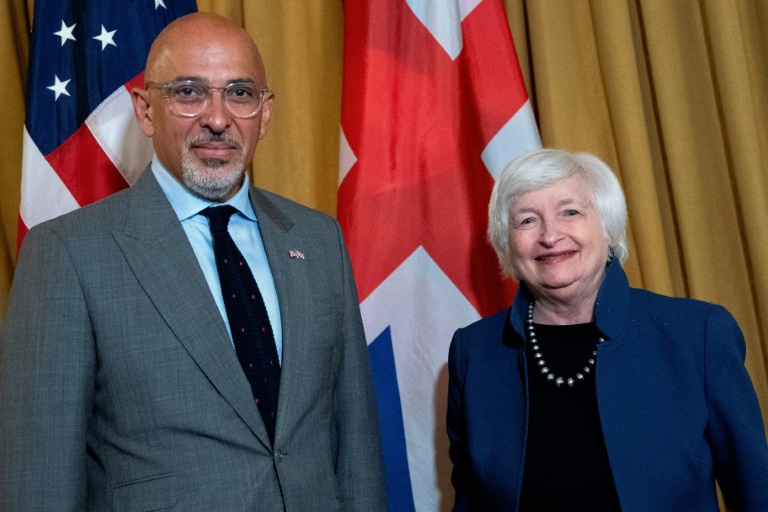 US Treasury Secretary Janet Yellen said Wednesday she was “optimistic” about the possibility of an international agreement to set a price limit on Russia’s oil exports.

“I’m really optimistic about the substantial progress that’s been made by our teams and the entire G7 for making the price cap a reality,” Yellen said.

The US official met with her British counterpart, Chancellor of the Exchequer Nadhim Zahawi, and noted that “the United Kingdom has been a key ally in the G7’s work to put in place a price cap on Russian oil.”

The leaders of the Group of Seven advanced nations agreed in late June to work towards implementing the ceiling on crude sales, to choke off Moscow’s war chest, as well as bring down global energy prices.

Yellen said the goal is to deny Vladimir Putin the funds to continue the war in Ukraine and to prop up the Russian economy.

A G7 official late last month explained that the maximum price would remain above the cost of the production, so it would not make economic sense for Moscow to deny oil to importing countries.

“We know that there’s a great deal of room between the price of production, and what Russia is making today,” the official told reporters, noting the goal is to “create economic incentives for Russia to continue to produce oil, but at the same time, deny them the excess revenues.”

The official acknowledged that the plan must be finalized by December 5, when a European ban will take effect on insurers and reinsurers covering Russian oil transport.

Washington is seeking an “exemption” from the insurance ban for any oil sold below the price cap.

The challenge is to get as many countries as possible to agree to the cap, and the issue is expected to be a key topic for discussion by leaders at the G20 summit in Bali on November 15 and 16.