Xcel Colorado submitted a proposal to state regulators on Wednesday to retire a pair of coal units – Comanche Units 1 and 2 in Pueblo, each about a decade early. The two plants are capable of producing a combined 660 MW of coal-fired generation.

The two plants represent about one-third of Xcel Colorado’s remaining coal fleet. Under the proposal, the retirement of the two fossil-fuel plants would coincide with adding over 1.8 GW of renewables – solar and wind, along with 275 megawatts of battery storage, and 383 megawatts of existing natural gas assets.

Honored that our CEO Ben Fowke is the new Vice Chairman of @Edison_Electric Board of Directors. This is an exciting time in the industry, as we lead toward a #cleanenergy future while creating #energy solutions that better serve customer needs. #EEI2018 pic.twitter.com/0NX42ELGdD

“We have plans in Colorado…that will have us at a 60 percent carbon reduction and 55 percent renewable energy by 2026,” he said, adding, “at no incremental cost.” At Xcel Energy’s Midwest utilities, “we think we can achieve even more sensational carbon reduction goals,” Fowke said. “We’d like to talk about carbon-free energy by 2030 at 85 percent.”

New wind farms in Colorado
In its proposal to state regulators, Xcel would retain 27 percent of the new renewable assets — or 500MW of the wind power installations.

Xcel also confirmed the additional 1.1GW wind power expansion does not include its 600MW Rush Creek project, currently being built in eastern Colorado.

Coal is on the way out
With a major expansion of renewable energy projects, Fowke said it is important the company continues to maintain their Midwestern nuclear power plants. He also added that he supports “much if not all” of what Exelon CEO Chris Crane had to say about nuclear power.

“I will tell you, it’s not a matter of if we’re going to retire our coal fleet in this nation, it’s just a matter of when,” Fowke said.

Fowke said that with Xcel’s clean energy plan, the utility will invest $2.5 billion across eight counties in Colorado. This is expected to achieve customer savings of approximately $215 million on a “net present value basis, relative to the business-as-usual plan.”

He cited several favorable economic factors in the company’s decision to go forward with its clean energy plan, including the large pool of low-cost renewable bids, transmission access due to early coal plant retirements, and low-cost battery and gas bids. 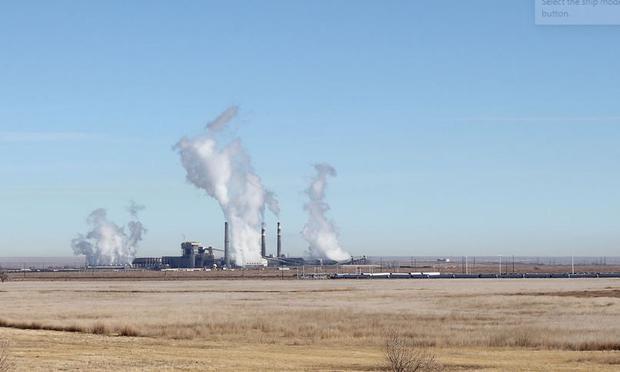 The Comanche Generating Station, located just east of Pueblo, Colorado. The plant is owned by Xcel Energy. Its three units are coal-fired.
Jeffrey Beall (CC BY 3.0)

As utilities turn more and more to clean energy, Fowke noted that more and more communities are setting goals of 100 percent renewable energy. He says this is the wave of the future, and it won’t be easy.

“We are making an enormous transition and renewables will play a big role in that,” said Fowke. “But to me, it’s not just renewables. The endgame is carbon reduction in the most affordable, pragmatic way possible.”

For Fowke and Xcel, the most pragmatic way is to retire coal-fired power plants while hanging on to natural gas and nuclear plants, at least for a while longer. “We are never going to sacrifice reliability and affordability, and a lot of times infrastructure trails transformations,” Fowke said. “So we have to be careful with that.”