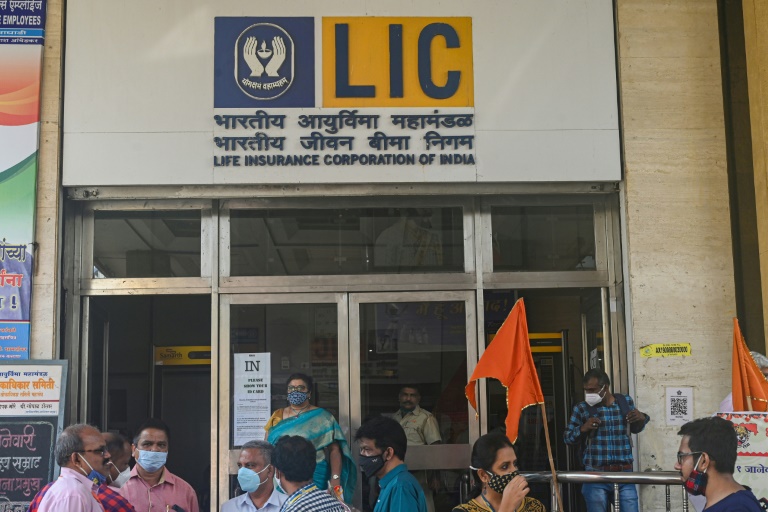 India is embarking on the blockbuster listing of the country’s largest insurer as part of a wider privatisation drive to bolster public coffers drained by the coronavirus pandemic and fund new infrastructure.

While the pricing has not yet been set, analysts expect the IPO of the Life Insurance Corporation of India (LIC) to be India’s largest to date, potentially earning the government more than $10 billion.

After the listing, which is expected in March, LIC will be one of India’s biggest publicly listed companies alongside giants such as Reliance and TCS.

LIC was created in 1956 and was synonymous with life insurance in post-independence India until private firms were allowed entry in 2000.

The company holds a two-thirds share in the domestic life insurance market. It manages assets of 36.7 trillion rupees ($491 billion), which equates to nearly 16 percent of India’s gross domestic product.

It has more than 100,000 employees and one million insurance agents.

LIC’s real estate assets include big offices at prime locations in various Indian cities, including a 15-storey building in the southern city of Chennai and a distinctively curved head office in the heart of Mumbai’s financial district.

The firm is also believed to own a large collection of rare and valuable artwork that includes paintings by MF Hussain — known as the Pablo Picasso of India — although the value of these holdings has not been made public.

Asia’s third-largest economy was already grappling with a prolonged slowdown even before the start of the coronavirus pandemic. India has recorded its worst recession since independence due to the Covid-19 crisis.

Efforts to contain the spread of the virus, such as through stringent lockdowns, created a significant budget deficit and pushed millions into joblessness and poverty.

The IPO of LIC will give a boost to the government’s efforts to raise much-needed cash through privatisations, which are running badly behind schedule.

The government has raised just 120.3 billion rupees by selling stakes in various state-owned entities this financial year, well short of its target of 780 billion rupees.

Srinath Sridharan, an independent markets commentator, likened LIC to one of the Indian government’s “family jewels”.

– Is it an attractive investment? –

LIC is a household name in India and has a strong grip on the life insurance market in the vast South Asian nation despite the entrance of private players.

The company is offering its millions of policyholders the opportunity to invest in the IPO at a discount, promoting the offer through television advertisements and full-page newspaper ads.

Analysts expect retail investors, including many first-timers, to show strong appetite for snaring a stake in the venerable company.

But there are numerous uncertainties for investors. These include question marks over whether investment decisions can be made by LIC management without interference from the government.

It is also unclear if LIC will be able to retain its market share, with increased competition for younger consumers from more tech-savvy new entrants to the market.