Ever wanted to know how corporate America treats its homosexual workforce? Now an organization tracking gay issues has released a guide rating the LGBT policies of more than 590 companies.

Washington-based Human Rights Campaign launched Buying for Equality, both online and offline. It scores companies on a scale of 0 to 100, based on such criteria as whether the company provides domestic-partner benefits, bans discrimination based on sexual orientation or identification, hosts diversity training, and supports LGBT causes

So if a company scores a perfect 100, the HRC says these companies offer workplace policies that support LGBT equality. Those scoring between 46 and 70 are making some headway with diversity policies, but “there is still progress to be made.” Companies rated below 46 “have more work to do in furthering equality.”

Looking at retail outlets, Barnes & Noble, Best Buy and Sears all earned a perfect 100 score. But outlets such as Wal-Mart and RadioShack scores a measly 45. 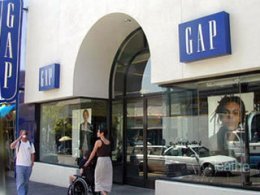 In apparel, The Gap and Liz Claiborne scored a 100, while Jones Apparel scored 45.

In the technology category, Apple and AT&T reached the 100 mark. Acer, Nokie and T-Mobile all scored a 50.

John Deere, Loews, Scholastic and Expedia were also rated at the lower end of the spectrum.

Also, the the HRC is launching an iPhone app early next month relating to these scores, so shoppers can decide whether to support a gay-friendly workplace while on the go.

To read the full report online, visit this link.