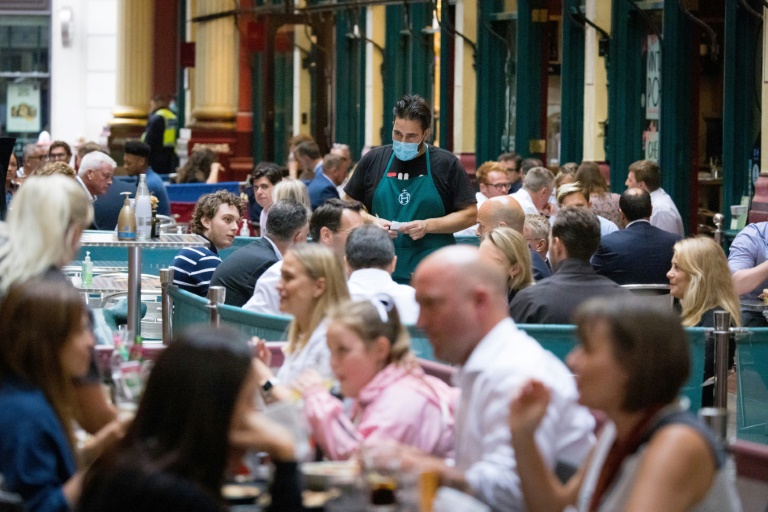 Major US stock indices closed lower for the second straight day Wednesday after the first case of the Omicron variant of Covid-19  was reported in the country, though markets elsewhere rebounded.

Wall Street spent most of the day recouping losses suffered in the prior session, until the US government announced the first case of the latest coronavirus strain which derailed the rally.

The sell off left the Dow and S&amp;P 500 more than one percent lower at the close, while the Nasdaq plummeted nearly two percent.

“We’ve seen this movie before and Wall Street will likely remain Covid variant headline driven until a clear assessment over this wave can be made,” Edward Moya, senior market analyst at Oanda, said in a note.

Oil prices followed equities in retreating, while the dollar was mixed after earlier gains made against major rivals in response to a signal from the Federal Reserve that it may hikes rates sooner than anticipated, which hammered indices Tuesday.

However, European equities surged, with Frankfurt and Paris rising more than two percent, mirroring the rebound in most Asian bourses thanks to dealers temporarily setting aside news of record-high eurozone inflation.

Meanwhile, OPEC and the oil cartel’s allies are due to hold a closely-watched output meeting on Thursday. Producers have resisted US-led pressure to step up output and bring down surging energy prices.

The emergence of the Omicron strain last Friday sent markets on a roller-coaster ride, as the new variant darkened the economic outlook and sparked fresh Covid restrictions.

Traders remain uncertain over its impact on the world economy and the likelihood of fresh lockdowns, as scientists rush to investigate the variant and urge speedy vaccination drives.

“An ugly combination of a Covid-related knock to growth, reduction in central bank support and sustained inflation is not a recipe for strong stock markets,” said AJ Bell investment director Russ Mould.

The OECD grouping of major industrialized nations on Wednesday warned that Omicron threatens the global economic recovery, as it lowered the 2021 growth outlook and called for a swifter rollout of vaccines.

The global economy is now expected to expand by 5.6 percent this year, down from a previous forecast of 5.7 percent, the OECD said in its latest outlook.

Top drug makers have offered differing opinions on the efficacy their vaccines against Omicron.

Comments from Moderna head Stephane Bancel, saying existing vaccines might not be as effective against the new strain were a factor in Tuesday’s market tumble.

However, other drugmakers later said it was far too early to make a judgement.

The boss of BioNTech, which made a Covid shot with Pfizer, said it was likely people would be protected against severe symptoms.