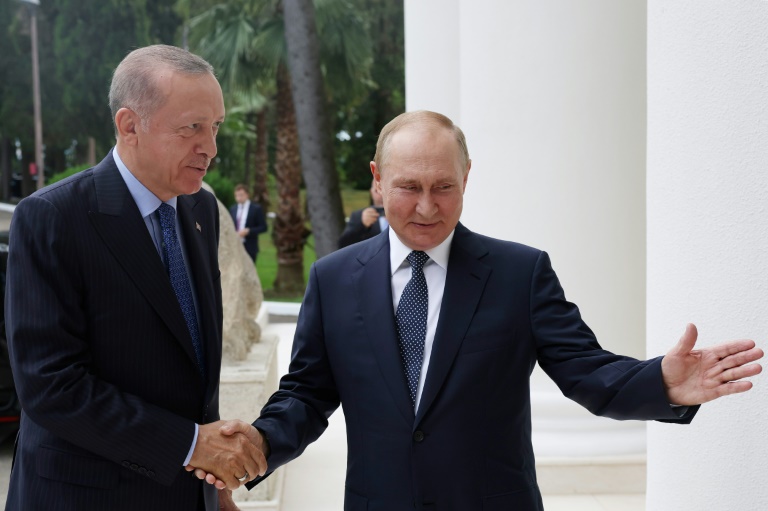 Turkey’s top business association has confirmed receiving a letter from the US Treasury warning of possible sanctions if it continues doing business with Russia.

Washington is growing increasingly alarmed that the Russian government and businesses are using Turkey to evade Western financial and trading restrictions imposed in response to the Kremlin’s invasion of Ukraine six months ago.

Turkish President Recep Tayyip Erdogan and Russian counterpart Vladimir Putin agreed to step up economic cooperation at a summit in the Black Sea resort of Sochi earlier this month.

Official data show the value of Turkish exports to Russia between May and July growing by nearly 50 percent from last year’s figure.

Turkey’s imports of Russian oil are ballooning and the two sides have agreed to transition to ruble payments for the natural gas exported by the Kremlin-tied giant Gazprom.

US Deputy Secretary of the Treasury Wally Adeyemo paid a rare visit to Ankara and Istanbul in June to express Washington’s worries that Russian oligarchs and big businesses were using Turkish entities to avoid Western sanctions.

NATO member Turkey — on good terms with both Moscow and Kyiv — has tried to stay neutral in the conflict and refused to join the international sanctions regime.

Adeyemo followed that up with a letter to Turkey’s TUSIAD business association and the American Chamber of Commerce in Turkey warning that companies and banks were in danger of being sanctioned themselves.

TUSIAD said in a statement on Tuesday that is has passed on the letter to Turkey’s foreign and finance ministries.

The letter’s contents were first reported by The Wall Street Journal this week.

“Any individuals or entities providing material support to US-designated persons are themselves at risk of US sanctions,” Adeyemo wrote.

Turkish officials have not formally responded to Adeyemo’s letter.

“Our economy is such that imposing sanctions on Russia would harm Turkey the most,” Erdogan’s foreign policy adviser Ibrahim Kalin said in June.

“We have taken a clear approach. Right now, the Westerners have accepted this.”

In this article:Conflict, Russia, Turkey, Ukraine News, US