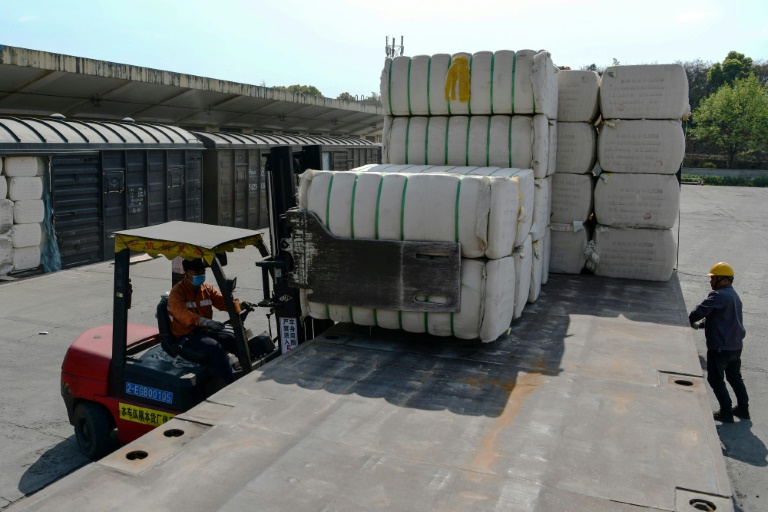 The United States on Tuesday promised enforcement as a landmark ban took effect on most imports from Xinjiang, the Chinese region where rights groups report the Uyghur people are being forced into slave labor.

The Uyghur Forced Labor Prevention Act, which will be felt especially in the textile industry, took effect six months after it was signed into law by President Joe Biden following bipartisan support in Congress.

“We are rallying our allies and partners to make global supply chains free from the use of forced labor,” Secretary of State Antony Blinken said in a statement.

The US Customs and Border Protection service, which will enforce the new law, issued guidance that said it would presume products from Xinjiang involve forced labor and are therefore banned unless businesses can document otherwise.

The act “requires that importers demonstrate due diligence, effective supply chain tracing and supply chain management measures to ensure that they do not import any goods made, in whole or in part, by forced labor,” its advisory said.

It said it would look at the complete supply chain and not exempt goods shipped from other parts of China or third countries.

An estimated 20 percent of garments imported into the United States each year include some cotton from Xinjiang, according to labor rights groups.

The vast western region is also a major center of tomatoes canned for export.

Senator Marco Rubio, a Republican hawk who teamed up with liberal Democrats to push for the legislation, called the act “the most significant change in America’s relationship with China since 2001.”

“No longer will we look at images of bareheaded prisoners in shackles and blindfolds, lined up like animals for slaughter, and shrug,” he wrote in an opinion piece for Real Clear Politics.

Omer Kanat, executive director of the Uyghur Human Rights Project, called the law a “huge win” for the movement and said it would push other governments to take similar action.

Rights groups, citing witness accounts, say that well more than one million Uyghurs and other predominantly Muslim Turkic-speaking people have been locked up in re-education camps in a bid to integrate them forcibly into China’s Han majority.

Beijing denies the charges and says it is providing vocational training to reduce the allure of Islamist extremism following violence.

In this article:China, Minorities, Rights, Sanction, US, Uyghurs