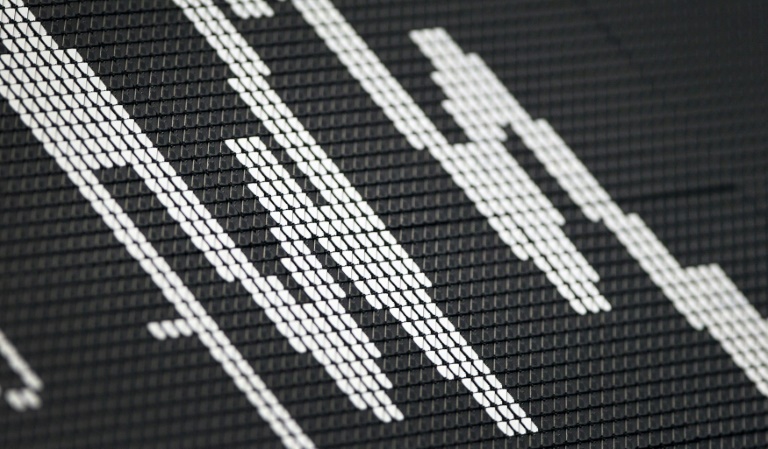 US stocks mostly fell back on Thursday despite data showing a rebound in retail sales, while European stocks advanced.

Wall Street had made solid gains on Wednesday, but at the opening bell on Thursday both the S&amp;P 500 and the Nasdaq Composite moved lower.

“September appears to be living up to its historically sluggish form,” said analysts at Charles Schwab brokerage.

The lacklustre start came despite data showing US retail sales posted a surprise 0.7 percent rebound in August, though car sales dropped. Auto production has been hard hit by a lack of semiconductors.

“This report should prompt a belief that spending activity will be stronger (or remain strong) in coming months when fears related to the Delta variant dissipate,” said Patrick O’Hare at Briefing.com.

Markets have been pulled in recent weeks between confidence in the economic recovery versus the impact of the Delta variant of the coronavirus, which has further complicated already difficult supply chain situations in some sectors.

Shortages have been driving up prices, which has also unnerved investors as a surge in inflation could prompt central banks to quickly withdraw economic stimulus and raise interest rates.

Oil prices eased, after spiking the previous day on news of shrinking US crude stockpiles as storms hammered output last week from the Gulf of Mexico.

In Asia, stock markets struggled to recover from the previous day’s sell-off, with Hong Kong dragged by further losses in casinos as well as tech firms after Chinese government crackdowns on the sectors.

Sentiment in the region was also hit by concerns about the spreading Delta coronavirus variant and its impact on the economic rebound.

In addition, traders are keeping tabs on Chinese property developer Evergrande, which is drowning in a sea of debt that could see it crash into a bankruptcy observers fear could have an impact far and wide.

Hong Kong’s main stocks index led Asia’s losses, extending its streak to a fourth straight day, with Macau casinos in the spotlight over plans by city authorities to tighten their grip on the industry.

Trillions of dollars were wiped off the valuations of the six listed firms in reaction to the proposals, which include putting a government representative on their boards.

The announcement fanned concerns that the days of multi-billion-dollar revenues are gone in Macau, which before the pandemic raked in more in a week than Las Vegas did in a month.

Tech firms, which are high on officials’ list of targets, also extended a long-running sell-off in Hong Kong with market heavyweights Alibaba and Tencent again in the red.