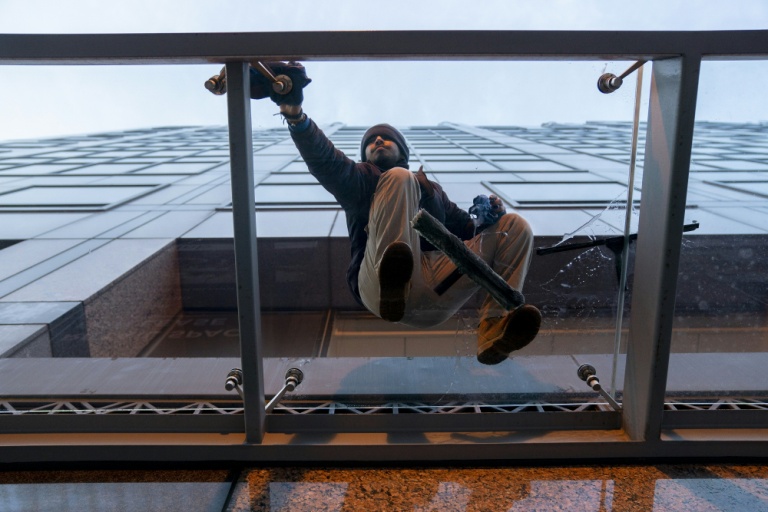 The US economy brushed off a spike in Covid-19 infections to add 467,000 jobs in January, far better than expected and a potential sign that the pandemic’s days of disrupting businesses are numbered.

The report was good news for President Joe Biden, who has struggled to defend his economic policies as his approval ratings slid amid months of hiring data that failed to bring the surge in jobs he promised when taking office a year ago.

“We created 467,000 jobs in January. That’s more than 6.6 million jobs since I took office,” Biden tweeted, calling 2021 “the greatest year of job creation under any president in history.”

Many economists expected the data to show either weak hiring or perhaps a contraction in employment because the United States was weathering a massive increase in Covid-19 infections in January, during the time the survey was taken.

The surprisingly positive report will likely bolster the Federal Reserve’s belief that the economy is healthy enough to raise the interest rate off zero.

With inflation also high, top officials have strongly signaled that at their upcoming March meeting they will make their first rate increase since the coronavirus caused the economy to collapse nearly two years ago.

“Omicron, Schmomicron,” Ian Shepherdson of Pantheon Macroeconomics said. “These data make it clear that the labor market ahead of Omicron was much stronger than previously believed.”

– Better than it seems –

Overall, the economy has added 19.1 million jobs since the nadir of the Covid-19 crisis in April 2020, but it is still short 2.9 million positions, the data said.

These showed hiring in November and December — months when the initial reports were surprisingly weak — was a massive 709,000 positions higher than first reported.

“The bottom line is that the recovery has been faster and steadier than measured,” Betsey Stevenson, an economics professor at the University of Michigan, said on Twitter.

However, the report said hiring was a total of only 217,000 positions higher for all of 2021, since some months’ totals were revised lower.

Major industries that hired in January included the bars and restaurants that comprise the leisure and hospitality sector, which gained the most of any industry with 151,000 positions.

The labor force participation rate, indicating the share of the US population working or looking for work, ticked up slightly to 62.2 percent, the data showed.

That metric had seen scant improvement over much of 2021, though its increase may also account for the rise in the unemployment rate from 3.9 percent in December.

There were however signs of the coronavirus’s impact in the data, including a jump to six million in the number of people who said they couldn’t work because their employer’s business was closed or otherwise affected by the pandemic.

In December, only 3.1 million workers were in such a position.

In this article:Economy, Employment, US, USA