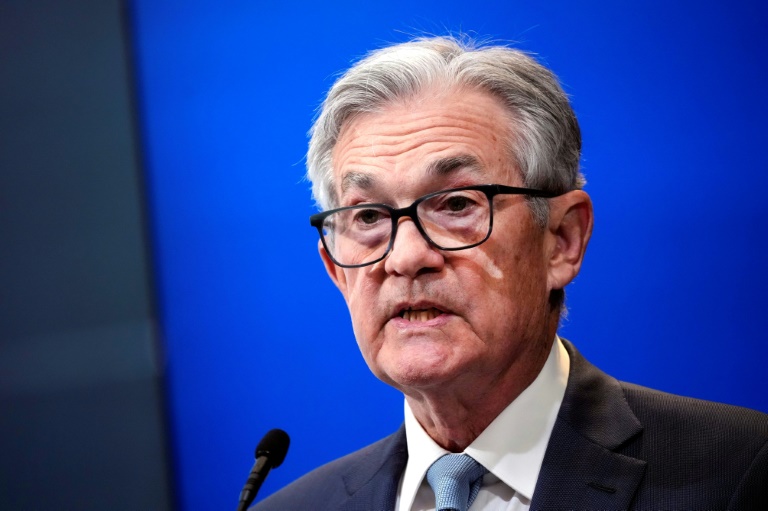 The Federal Reserve could ease its pace of interest rate hikes “as soon as” December, chair Jerome Powell said Wednesday, as the US central bank’s campaign to cool prices trickles through the world’s largest economy.

With American households grappling with soaring consumer costs, the Fed has waged an all-out battle to tame inflation that has reached levels not seen since the 1980s — while trying to avoid tipping the United States into a recession.

“The time for moderating the pace of rate increases may come as soon as the December meeting” of Fed policymakers, Powell said in a speech at the Brookings Institution think tank.

He added that the full effects of the bank’s moves are yet to be felt, but also warned that policy will likely have to remain tight “for some time” to restore price stability.

Monetary policy affects the economy and inflation with “uncertain lags,” he said.

“Thus, it makes sense to moderate the pace of our rate increases as we approach the level of restraint that will be sufficient to bring inflation down,” he added.

But he also said that the Fed would “stay the course until the job is done,” noting that history cautions strongly against loosening policy prematurely.

The central bank has raised the benchmark lending rate by 0.75 percentage points four consecutive times in recent months, out of six rate hikes this year in an aggressive effort to rein in prices.

The latest increase in November took the benchmark lending rate to 3.75-4.0 percent, the highest since January 2008.

Policymakers aim to put the brakes on spending by making it more costly to borrow, bringing demand more into balance with supply, which has been battered by global logistics problems and Russia’s war in Ukraine.

For now, there are early signs that prices are cooling, but annual consumer inflation remained at 7.7 percent in October, underscoring the heightened cost of living.

In recent days, there has been a growing chorus of voices, including some Fed officials, advocating for smaller steps in coming months.

In separate remarks on Wednesday, Federal Reserve Governor Lisa Cook said “it would be prudent to move in smaller steps” going forward as well, as the Fed tries to bring inflation back to its longer-term target of two percent.

“Given the tightening already in the pipeline, I am mindful that monetary policy works with long lags,” she added.