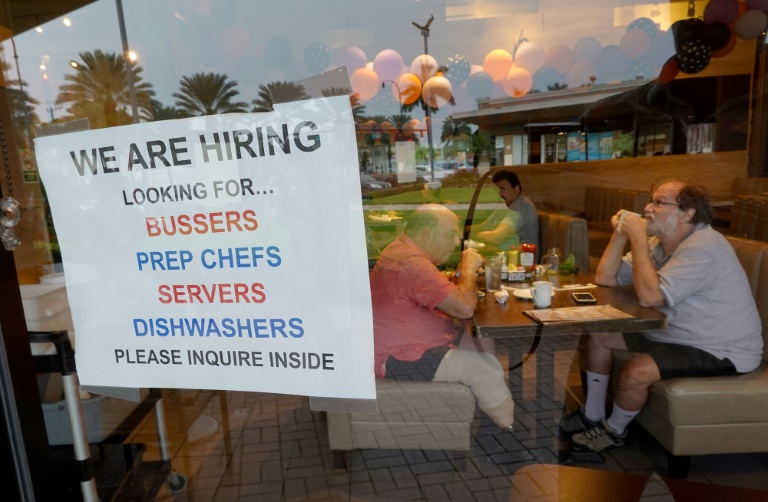 US private businesses shed jobs last month for the first time since December 2020 as the Omicron strain again complicated workplaces, potentially a bad sign for the upcoming government employment report.

“The labor market recovery took a step back at the start of 2022 due to the effect of the Omicron variant and its significant, though likely temporary, impact to job growth,” ADP Chief Economist Nela Richardson said.

The data cast an ominous shade over the Labor Department employment report due out Friday, which is expected to show weak hiring in January of under 200,000 as businesses in the world’s largest economy faced a renewed onslaught from the virus.

“We forecast the US payroll count turned negative in January with a net loss of 45,000 jobs — the first decline in over a year,” Lydia Boussour of Oxford Economics said, noting that seasonal adjustment factors will “soften the blow.”

The data will be closely watched by the Federal Reserve, which has strongly indicated it will hike rates for the first time since the pandemic began in March to fight inflation, but could see its plans disrupted if the economy deteriorates.

However, Boussour predicted “a temporary pullback in the payroll count won’t alter the Fed’s bullish view of the labor market,” where wages have grown and the unemployment rate has declined as price increases reached multi-decade highs.

On top of the decline in January payrolls, ADP revised hiring in December lower by 31,000.

Small businesses bore the brunt of the employment downturn last month, losing 144,000 positions, the ADP data said, which Richardson noted erased most of the job gains made in December 2021.

The service sector accounted for the majority of the job losses, with overall employment falling 274,000.

Most severely hit was the leisure and hospitality sector, which has borne the brunt of past layoff waves and lost 154,000 positions in January.

Ian Shepherdson of Pantheon Macroeconomics said ADP’s data can differ widely from the government payroll report, and Omicron’s severity is influencing both.

“These data, and probably February’s too, will always be asterisked; they tell us nothing about the underlying state of the labor market,” he wrote in an analysis.

“The first fully post-Omicron report will be for March, and recent history suggests all the lost ground won’t be recovered immediately.”

The Fed is under pressure to end the easy money policies it rolled out during the pandemic, when it began buying billions of dollars of bonds each month and cut interest rates to zero.

The bond purchases are set to end in March and Fed Chair Jerome Powell strongly hinted last month they would raise interest rates at their policy setting meeting then.

“Depending on the magnitude, the Fed is likely to look through any weakness given virus-related disruptions are viewed as temporary. Even so, coming months data bear watching for any changes in underlying conditions in the labor market,” she wrote in an analysis.

In this article:ADP, Economy, Employment, indicator, US