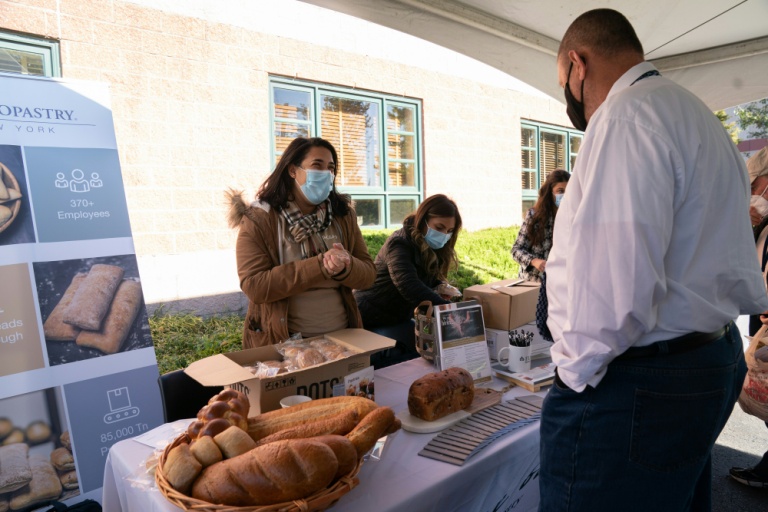 Private businesses hired 571,000 workers last month, payroll services firm ADP reported Wednesday, the latest sign that the US economy is bouncing back from the Delta wave of Covid-19.

The employment increase was better than analysts had forecast, and saw firms of all sizes add positions, with the bulk of the growth in the services sector, including leisure and hospitality businesses that were badly hit by the pandemic restrictions.

“The job market is revving back up as the Delta-wave of the pandemic winds down,” said Mark Zandi, chief economist of Moody’s Analytics, which collaborates with ADP on the report.

“As long as the pandemic remains contained, more big job gains are likely in coming months.”

The data is often seen as a preview of the Labor Department’s official employment report, which is due out Friday and expected to show the world’s largest economy added 400,000 jobs in October more than double the disappointing result in September as the Delta wave snarled businesses.

The ADP data showed hiring in goods-producing industries picked up, with 113,000 new positions, the biggest gain in a year and coming as ongoing supply chain snarls have harmed factories.

The dominant services sector added 458,000 positions, 185,000 of which were in the leisure and hospitality sector.

ADP’s data does not necessarily mean a strong jobs report, but Ian Shepherdson of Pantheon Macroeconomics said, “The second straight overshoot against consensus has our attention.”

He said he is considering upping his forecast for the official data but noted that ADP “is not always right; at best, it shifts the balance of risks.”

In this article:Economy, Employment, US economy