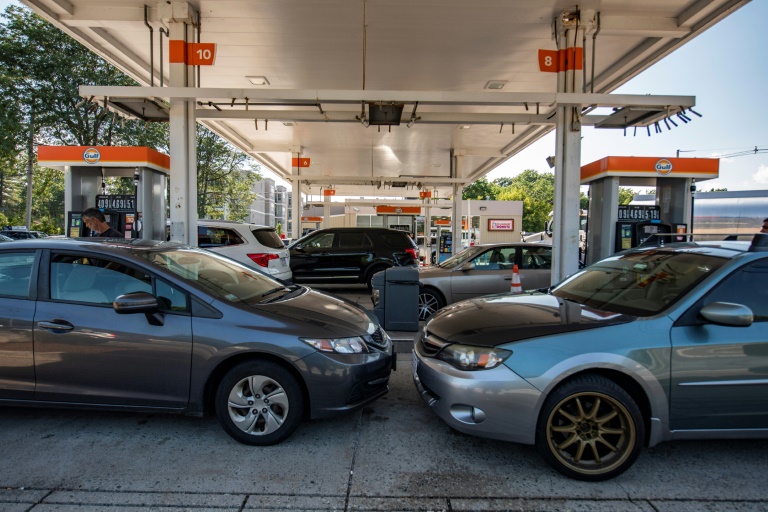 The data showing the biggest inflation surge in four decades comes on the heels of dismal economic growth figures and another super-sized interest rate increase by the Federal Reserve.

And inflation jumped 1.0 percent compared to May, in line with economists’ expectations but outpacing personal income, which rose just 0.6 percent, the same increase as the prior month, according to the report.

Excluding the volatile food and energy components, the “core” PCE price index gained a more moderate 4.8 percent in the last 12 months, just a tenth higher than May but continuing a gradual slowing.

The Fed focuses on the PCE price index, as it reflects consumers’ actual spending, including shifts to lower cost items, unlike the more well-known consumer price index, which jumped 9.1 percent in June.

The PCE also gives less weight to things like rent, vehicles and airline fares, which have contributed to the blistering pace of the CPI rise

The Fed has been aggressively raising borrowing rates this year, with the fourth increase announced Wednesday, as it aims to cool the economy.

Central bankers face the difficult task of easing price pressures that are squeezing US households without causing a severe economic downturn.

One concern is that demands for higher pay amid a worker shortage could cause a wage-price spiral.

In a separate data report, the Labor Department said worker compensation, including wages and benefits, rose 1.3 percent in the three-months ended in June and up 5.1 percent in the latest 12 months.

Nancy Vanden Houten of Oxford Economics said the hotter-than-expected gain does not provide the compelling evidence of slowing inflation the central bank is seeking.

“The Q2 employment cost data doesn’t provide any evidence that wage growth is slowing and leaves the Fed on track to lift the funds rate another 75bps at its September meeting,” she said.

In this article:Economy, Income, indicator, Inflation, Personal, US