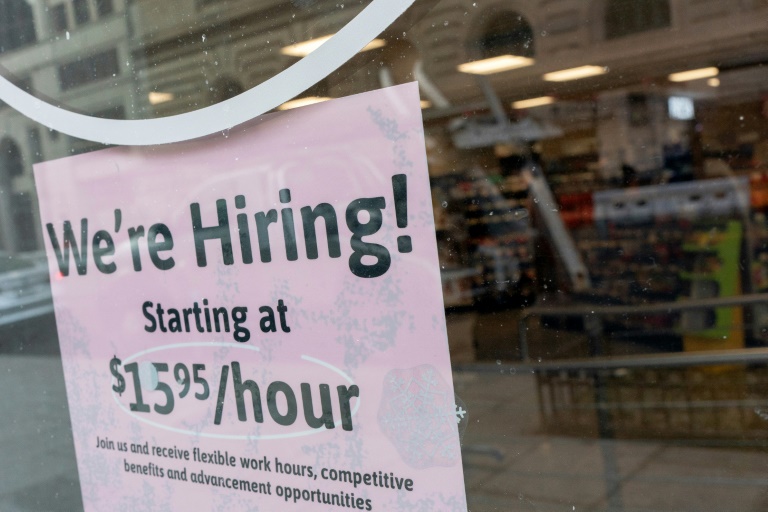 The US economy saw a hiring surge in February, the government reported Friday, edging the jobless rate closer to the pre-pandemic level as hard hit sectors recover from the impact of Covid-19.

American employers added 678,000 workers to their payrolls last month, driving the unemployment rate down to 3.8 percent, the Labor Department reported.

The report is good news for President Joe Biden, who has highlighted the strong economic recovery even as inflation has accelerated and undermined his approval rating.

The surge in hiring last month far surpassed the consensus forecast, although some economists were calling for a big increase as the world’s largest economy gets back on track.

As the Omicron variant wave has faded and local authorities lift mask restrictions, bars and restaurants have reopened and Americans have started traveling more.

He pointed to the advances “in sectors beaten down by the pandemic… that show Americans getting back to normal spending patterns.”

Job gains were widespread, led by the 179,000 new jobs in the leisure and hospitality sector that was hard hit by Covid-19 shutdowns and restrictions.

The government revised the results in the prior two months, for a combined increase of an additional 92,000 positions in December and January.

Frick said the upward revisions underscore “how well hiring fared even during the height of the Omicron wave.”

“With Omicron all but petered out, we should expect more strong jobs reports.”

However, while the jobless rate fell from four percent in January, the share of people in the workforce barely changed.

The data show some groups are taking longer to reap the benefits of the recovery, with unemployment among Black workers at 6.6 percent, twice the rate for white Americans.

Millions of people are still working part time because they cannot find full-time jobs, and 1.2 million said they weren’t able to look for work due to the pandemic.

Still the solid jobs recovery and rising inflation have prompted the Federal Reserve to prepare to raise lending rates later this month for the first time since the benchmark rate was cut to zero as the pandemic began.

Chicago Federal Reserve Bank President Charles Evans said the string of jobs gains mean the “labor market is in a very solid position for the US economy going forward.”

He noted the rising wages have benefited workers.

While there was little change in average hourly earnings last month, they have risen strongly in recent months and are 5.1 percent higher over the past 12 months, the report said.

In this article:Economy, Employment, US