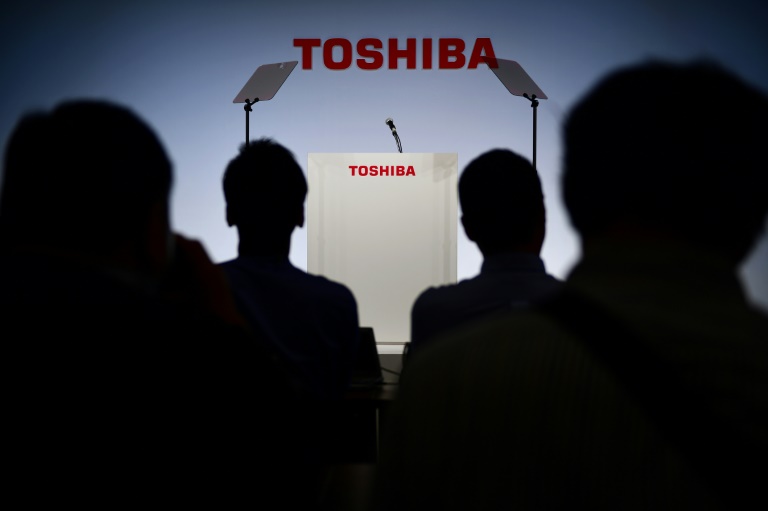 Japanese conglomerate Toshiba said Monday it would hold an extraordinary meeting of shareholders on March 24 to vote on its plan to spin off its devices unit.

The ballot will not be legally binding but is intended to “confirm the views of our shareholders regarding moving forward”, Toshiba said, with a binding resolution to be voted on sometime in 2023.

But the board will be hoping the vote produces solid enough support for its revised proposal, which also includes selling off “non-core” business including Toshiba Tec and other units.

CEO Satoshi Tsunukawa said he would be seeking a majority mandate from shareholders at the meeting, rather than a more stringent two-thirds majority.

Toshiba last November announced a proposal to spin off two new businesses, one dealing with infrastructure and the other devices.

But last week it revised the plan, saying spinning off a single unit would be less costly and time-consuming and make it easier to list the new firm.

Once a shining symbol of Japan’s advanced technology and economic power, Toshiba more recently has faced a series of scandals and losses.

It had appeared to be staging a recovery early last year and rejoined the prestigious first section of the Tokyo Stock Exchange.

But it was plunged into uncertainty in June when shareholders voted to oust the board’s chairman after revelations the firm sought government help to influence a boardroom ballot proposed by activist shareholders.

The vote also came on the heels of an unexpected buyout offer from a private equity fund associated with then-CEO Nobuaki Kurumatani, with allegations it was intended to blunt the influence of activist investors.

Reception to its initial plan to split into three firms was mixed, and while some analysts said the proposal could help maximise value, there was public opposition from several key shareholders.

The shareholder meeting was announced as Toshiba on Monday downgraded its annual operational profit forecast, citing the semiconductor shortage and rising costs.

The firm cut its operating profit expectations for the year to March to 155 billion yen ($1.34 billion) against an earlier forecast of 170 billion yen.

“We adjusted the annual outlooks to reflect the impact of rising cost of raw materials and transportation as well as the continuing semiconductor shortage,” the company said.

For the nine months to December, the storied firm’s net profit nearly tripled to 114.9 billion yen, against 43.6 billion yen in the same period the year before.

Mio Kato, an analyst at Lightstream Research who publishes on Smartkarma, said the third-quarter results “should not drive a big reaction in my view”.

“Overall I don’t think there will be any major change in investor perception,” he told AFP, adding that the quarter was likely driven by “semiconductor supply chain and some incremental lockdown-related impact”.