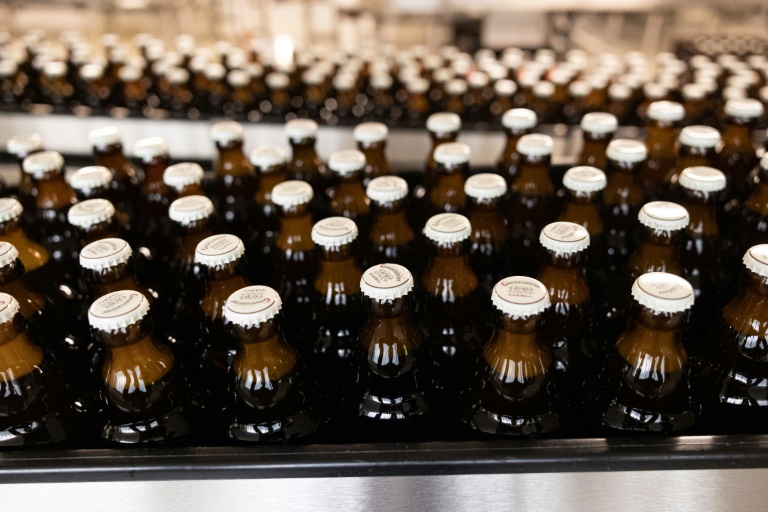 The Veltins brewery in Germany was already wrestling with pandemic-spurred hikes in ingredient and transport costs over the last year, but a surge in energy prices sparked by Russia’s invasion of Ukraine threatens to be a bitter pill for the business.

“Energy is the biggest factor for the German beer industry and gas plays a significant role in that,” says Ulrich Biene, Veltins’ head of public relations.

One of Germany’s best-selling beer brands, Veltins has had to put prices up by a euro a crate — its first rise in three years. And further increases could be on the cards, if costs continue their upwards course.

The new price point is based on “values from autumn last year”, but further rises due to the war have not yet been included, Biene says.

“We’ve seen a cost explosion over the last 15 months” unlike anything seen in decades, he added.

The privately-owned brewery based in the cosy town of Grevenstein is not the only one forced to put up prices.

Several of its competitors, including Radeberger, Krombacher and Bitburger, are passing their higher costs on to consumers.

“There is hardly an area where suppliers aren’t raising prices or aren’t fighting rising costs,” Biene says, estimating a four-fold increase in prices since the start of 2020.

Up to 20,000 hectolitres of beer are brewed, bottled and shipped each day from the bulky grey factory, tucked away in a verdant valley in western Germany.

The cost of malt bought by Veltins — one of the four legally permitted ingredients for beer brewing in Germany, along with water, hops and yeast — has risen by around 70 percent in just over a year.

Not only are ingredients dearer. Logistics costs have gone up as drivers for beer deliveries have become scarcer, as have the pallets to pack them on, the nails for which were often supplied from Ukraine.

Above all, energy is the hidden fifth ingredient in Veltins’ beer, used to warm the brewing tanks and propel the filling machines.

The brewer reckons on a more than 400 percent increase in the cost of gas since the beginning of 2021, as renewed demand with the pandemic easing coupled with tensions with Russia have pushed up prices.

An end to deliveries of Russian gas, on which Germany relies to meet much of its energy needs, would likely mean “significant limits to production”, Biene says.

Instead of abating around the turn of the year as policymakers expected, high inflation has moved up a gear with the Russian invasion of Ukraine, sending the price of energy soaring and further compounding supply issues.

In March, prices rose at their fastest pace since German reunification in 1990, rising 7.3 percent year-on-year.

New figures for April are set to be published on Thursday, with the expectation that the rate could be even higher, heaping more pressure on consumers and businesses.

The increase in the cost of beer has not gone unnoticed by Bernhard Jung, 57, resident in the traditional brewing town of Krombach, 36 kilometres (23 miles) to the southwest of Grevenstein.

The price of the local brand has also gone up in the past month, an increase he says is “justifiable”.

“I’m surprised the breweries didn’t raise the cost sooner, given the enormous energy costs,” he tells AFP outside a drinks market.

The “cost of every item is a little bit more” says 81-year-old Karin Mueller, who has just finished her weekly shopping with her husband Willibald, 83.

At their home in the next town over, they have noticed the increase in the cost of heating oil, with Karin adding that she “wears a coat” inside and keeps the thermostat low.

The rising cost of energy has been the strongest driver of Germany’s decades-high inflation.

Prices for petrol and diesel have sprung up, too, a phenomenon noted by university administrator Hanna Siebel, 35.

She claims to have noticed “people not driving as fast anymore” on her way to work to save on fuel.

Households will also receive assistance to help match the increase in their bills.