The U.S. Supreme Court on Monday reinstated a use permit that allows for fast-tracking pipeline construction, giving a win to the Trump administration, of sorts. However, the Keystone XL Pipeline was not included in the ruling, according to The Hill.

The SCOTUS ruling is in reference to a lower court ruling handed down in May that impacted nearly 70 pipeline projects across the country. U.S. District Judge Brian Morris’s order, centered on a nationwide permit the Army Corps of Engineers uses to approve water crossings – called Nationwide Permit 12.

Nationwide Permit 12 allows companies to build pipelines across streams and wetlands with minimal review if they meet certain criteria. However, the permit also leaves companies unaccountable for damage done to water bodies during construction. The permit is a general permit under the Clean Water Act that authorizes discharges associated with the construction, maintenance, repair, and removal of utility lines and associated facilities.

The Trump administration urged the Supreme Court to block Morris’s order while the case is on appeal. The case is also a setback to the province of Alberta in Canada which has committed $5.3 billion to help fund the pipeline’s construction that would bring heavy Canadian oil sands crude to the United States, reports, Bloomberg. 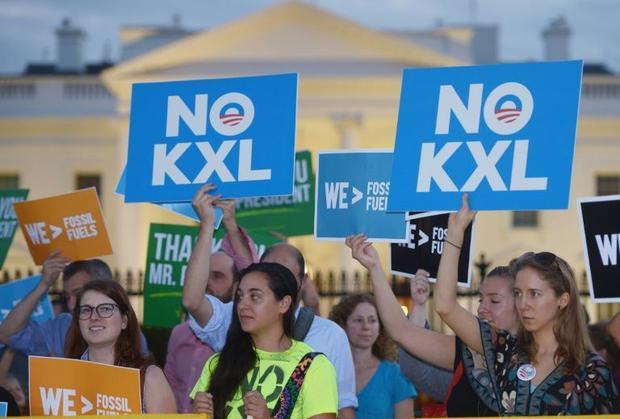 US President-elect Donald Trump has expressed intent on day one to approve the Keystone XL pipeline project, which the Obama administration blocked
MANDEL NGAN, AFP/File

TC Energy said in a statement on the ruling that it would still be “fully committed” to the Keystone pipeline but also said it would continue to “evaluate our 2020 U.S. scope.”

“While today’s ruling from the Supreme Court is positive for the oil and gas industry overall, it continues to delay large portions of construction on our Keystone XL project and the thousands of high-paying union jobs that come with it.,” the company said.

As of today, the Keystone Pipeline system stretches more than 2,600 miles from Hardisty, Alberta, Canada, east into Manitoba, Canada, and then down to Texas, according to parent company TransCanada. That pipeline already functions and transports crude oil from Canada.

The proposed Keystone XL pipeline, which would stretch from Hardisty down to Steele City, Nebraska, would complete the entire proposed system by cutting through Montana and South Dakota, according to CNN News.