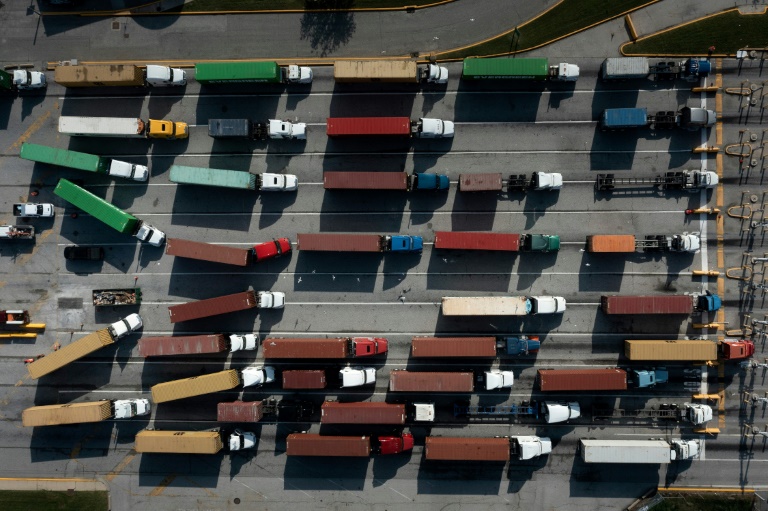 Supply bottlenecks and labor shortages have slowed US economic growth and contributed to a sharp rise in prices, the Federal Reserve said Wednesday.

The constraints and shortage of goods caused “significantly elevated prices” in most areas of the country, the Fed said in its “beige book” report on economic conditions, which noted rising uncertainty about the outlook.

While economic activity increased at a “modest to moderate” rate over the last several weeks, in much of the country “the pace of growth slowed… constrained by supply chain disruptions, labor shortages, and uncertainty around the Delta variant of Covid-19,” the report said.

The analysis, based on discussions with business and community contacts in the central bank’s 12 regions, was prepared in advance of the Fed’s next policy meeting November 2-3.

Despite again reporting the the US pandemic recovery was losing steam, Fed officials are expected to announce plans to start to pull back on stimulus measures amid concerns about rising inflation.

Fed Chair Jerome Powell has been saying for some time that the price spikes are expected to be transitory and retreat as pandemic-related disruptions are resolved, but economists increasingly are warning that they could become a lasting issue.

While few are expecting the central bank to raise the benchmark borrowing rate off zero until late next year at the earliest, policymakers in late November or December are expected to begin to slow the massive monthly bond purchases implemented at the start of the pandemic last year to support the economy.

The Fed is walking a fine line as it vies to ensure economic growth continues to support new jobs, while also keeping a lid on inflation, which it wants to see return to its two percent target from more than double that currently.

The pandemic restrictions are behind at least some of the scarcity of goods like semiconductors as well as the backlog in transportation, but the shortage of workers was more unexpected.

That is adding to the supply challenges and putting pressure on firms to raise wages to attract workers — or poach them from competitors.

In its report the Fed cited “high turnover” rates, saying “child-care issues and vaccine mandates were widely cited as contributing to the problem, along with Covid-related absences.”

The Fed said employers have responded by raising wages for new and existing workers, and that “many also offered signing and retention bonuses, flexible work schedules, or increased vacation time to incentivize workers to remain in their positions.”

And though special pandemic jobless benefits, which some had blamed for keeping workers at home, ended in early September, the Cleveland Fed said it did not help ease the hiring crunch.

“The expiration of supplemental unemployment insurance benefits and a return to school did little to alleviate worker shortages, and wages continued to rise,” it said.

The Fed’s report comes in the wake of tens of thousands of nurses, factory workers and other laborers going on or threatening strike across the US this month, with workers citing long hours, low wages and unsafe working conditions.

In a television interview early Wednesday, Treasury Secretary Janet Yellen employers especially in the service sector may have to raise wages as the economy adjusts to a labor shortage, but that would be a “good thing” for workers.

“This is something that we’ve wanted to accomplish for a long time,” Yellen said.

The Fed said that sentiment about the near-term economic outlook “remained positive, overall,” but some areas reported “increased uncertainty.”

“For example, one auto dealer said that customers weren’t coming into showrooms because they knew inventories were limited,” it said.