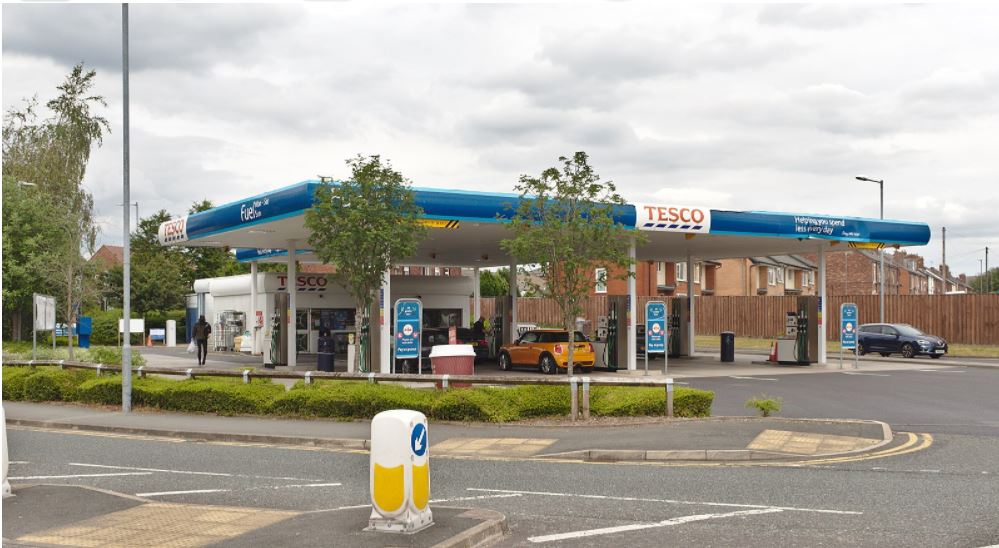 BP oil company said on Thursday it had temporarily closed some of its petrol stations in Britain after its ability to transport fuel from refineries was hit by an industry-wide shortage of truck drivers, caused in part by the coronavirus pandemic and in part by BREXIT.

“We are experiencing some fuel supply issues at some of our retail sites in the UK and unfortunately have therefore seen a handful of sites temporarily close due to a lack of both unleaded and diesel grades,” the company said in a statement shared with CNN Business on Thursday.

BP blamed “industry-wide driver shortages across the [United Kingdom]” for the supply chain crunch. “We are prioritizing deliveries to motorway service areas, major trunk roads, and sites with the largest demand and seeking to minimize the duration of stockouts,” it added.

BP has about 1,200 branded stations across Great Britain but declined to comment on how many gas stations would be affected, but a person familiar with the situation said that “tens” of sites were experiencing fuel shortages.

BP is not the only petroleum company facing a shortage of truck drivers. ExxonMobil’s Esso said a small number of its 200 Tesco Alliance retail sites in the UK had also been impacted, according to Reuters.

“We are working closely with all parties in our distribution network to optimize supplies and minimize any inconvenience to customers,” it said in a statement.

The Petrol Retailers Association (PRA), which represents independent forecourts that account for 65 percent of Britain’s petrol stations, told Reuters the issues appeared to be confined to London and southeast England and appeared temporary.\

“According to the latest BEIS (business department) data, fuel demand is still only at 92% of pre-pandemic levels so we believe there should be ample stock available at refineries and delivery terminals throughout the UK,” the PRA’s Gordon Balmer said.

However, according to CNN, the Road Haulage Association says the United Kingdom is short around 100,000 truck drivers, 20,000 of whom were EU nationals that left the country after Brexit.

And in Britain, it is not just truck drivers who are needed. The food and farming sector estimates that there are 500,000 vacancies across the industry, which is leading to food waste because there are insufficient workers to pick, pack, process, and transport fresh produce.

The shortage of workers seems to be a growing problem in Britain, with a record 1 million job vacancies between June and August, according to the Office for National Statistics.

Is it a supply chain problem?

Obviously, there is probably enough petrol to keep Londoners and others driving to wherever they want to go, but it is the lack of qualified truck drivers that is putting a wrench in the works. Added to this problem is a simple truth that other industries in Britain, as well as other countries facing the same problem – a lack of truck drivers.

ABC affiliate News 10 quoted Kendra Hems, the President of the Trucking Association of New York (TANY). She said the industry was experiencing problems before COVID, but the pandemic exacerbated the problem. She said TANY works with other trucking associations across the U.S. and it’s the same situation everywhere.

Trucking companies and trade associations said the shortfall in qualified drivers is affecting specialty segments especially hard, affecting revenue and growth. We are talking about the Oil and gas industry, among others.

“We haul oil field pipe to the drilling sites. We are raising our trucking rates, which means a pay raise for the drivers,” McDowell said, according to Freight Waves. “They make a percentage of the load revenue. Drivers are averaging $1,500 to $1,800 per week, we have increased sign-on bonuses and referral bonuses, but still no luck.”

The Texas Independent Producers and Royalty Owners Association (TIPRO) said there were about 1,400 job postings for drivers with a commercial driver’s license in the Texas oil and natural gas industry in June and July, including 127 help wanted ads for crude oil tanker drivers.

Truck drivers face long hours on the road, sometimes, and this means being away from family and friends, but Hems also points out that those considering becoming truck drivers need to realize that it’s about more than just driving a truck.

Hauling goods and supplies is a critical component of the national and global supply chain and there is room for professional growth outside of driving. Tanker drivers can make anywhere from $50,000 to more than $100,000 in the U.S, depending on their qualifications and whether they are owner-operators or company drivers.