In a statement released Thursday, the oil-major outlines the details of both its short-term and long-term strategies as it transitions to cleaner energies, noting that its production of oil and total carbon emissions peaked before the coronavirus pandemic.

Shell also claims that oil production and carbon emissions will steadily fall because of their pivot away from fossil fuels, calling it a milestone for the company – reflecting the urgency facing governments and businesses worldwide – as we reduce harmful climate-warming emissions, according to CTV News Canada. 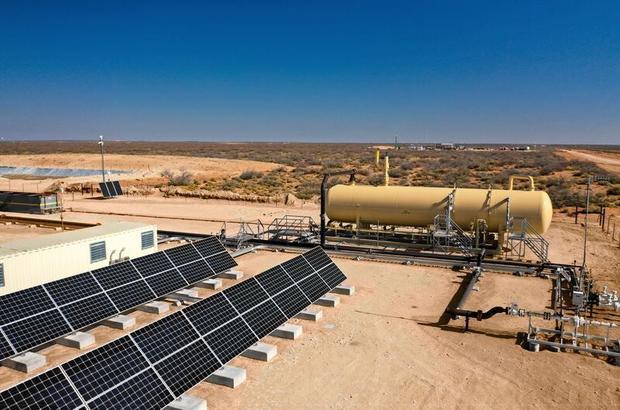 Field of the future: Shell’s iShale® well pads and a mini-modular Central Processing Facility (CPF) in the Permian Basin USA, are powered by large solar panels and wind turbines.
Royal Dutch / Shell International
Shell also has an ambitious plan for reducing carbon emissions, which peaked at 1.7 gigatonnes per annum in 2018. To do this, the company is looking at accessing an additional 25 million tonnes per annum of carbon, capture, and storage (CCS) capacity by 2035. Currently, Shell is involved with three key CCS projects, Quest in Canada (in operation), Northern Lights in Norway (sanctioned), and Porthos in The Netherlands (planned), will total around 4.5 million tonnes of capacity.
Advertisement. Scroll to continue reading.

“Our accelerated strategy will drive down carbon emissions and will deliver value for our shareholders, our customers and wider society,” Royal Dutch Shell CEO Ben van Beurden said in a statement, according to CNBC News.

“We must give our customers the products and services they want and need – products that have the lowest environmental impact. At the same time, we will use our established strengths to build on our competitive portfolio as we make the transition to be a net-zero emissions business in step with society.” 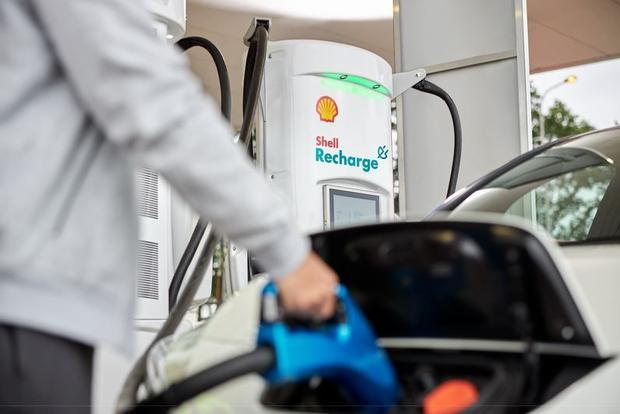 Shell Recharge charging point in the UK.
Royal Dutch Shell / NewMotion
Shell’s plan is part of a wider strategy taken on by European oil companies to rewrite their business plans to reduce carbon emissions blamed for global warming while still making money. This is taking place because critics have said oil companies have been moving too slowly to clean up their portfolios.

Environmentalists say the plan is still not ambitious enough considering the speed with which global emissions need to be cut. And Greenpeace pointed out that Shell did not say it would cut production outright. However, most folks agree that Shell is moving in the right direction.

Royal Dutch Shell shares traded lower on Thursday after the company presented its decarbonization strategy, with shares falling 2 percent after the announcement. As of 2:08 p.m. shares were down to 37.16 USD −1.18 (3.08%).