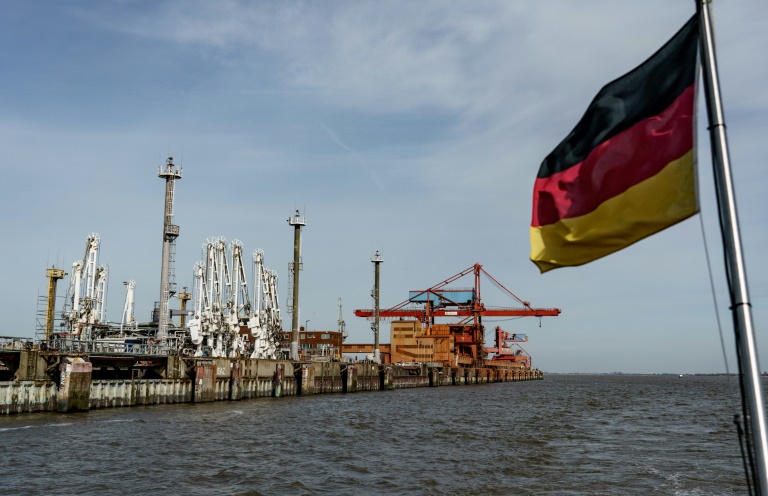 An immediate end to Russian energy imports would send Germany into “sharp recession” next year, the country’s leading economic institutes said in a forecast published Wednesday.

Persistently higher energy prices and geopolitical risks herald the beginning of a new era for Europe’s industrial powerhouse, they warned, one which not every company will survive.

“Not all business models that were profitable in Germany in the past will have a future,” Stefan Kooths, vice-president of the IfW Kiel institute, said at a Berlin press conference.

The government must keep this in mind when it considers support measures for struggling firms, he added.

Germany, which is highly dependent on Russian gas for its energy needs, has so far resisted calls for a European boycott in response to the war in Ukraine.

Closing the taps in “mid-April” this year would limit growth to 1.9 percent in 2022 and push Germany into a recession in 2023, causing the economy to shrink by 2.2 percent, according to the forecast.

The impact of a boycott would “not be overcome” over the next two years, the institutes (DIW, Ifo, IfW Kiel, IWH and RWI) said in a joint statement.

Europe’s largest economy could yet suffer a “set back” at the end of 2023 into 2024, as demand for energy rises in the European winter, before “gradually” returning to growth.

Before Moscow began its war in Ukraine, a third of Germany’s oil imports, 45 percent of its coal purchases and 55 percent of gas imports came via pipelines from Russia.

The country has set about weaning itself off Russia energy imports, accelerating investments in renewables and building LNG (liquefied natural gas) terminals on the North Sea coast to import gas from further afield, though they would take years to come online.

Economy Minister Robert Habeck said at the end of March that it would likely take until mid-2024 for Europe’s largest economy to wean itself off Russian deliveries.

German officials have already triggered an emergency plan in anticipation of a gas shortage, which could result in gas rationing among households and businesses.

The government has also prepared legislation that would allow it to expropriate gas suppliers “to assure security of supply”, according to a draft seen by AFP.

The law would make it difficult to close storage facilities without government approval as well.

European partners, who have already agreed to stop buying coal from Russia, are currently in discussions about further sanctions against Moscow.

While a gas boycott with its serious economic consequences is seen as a last resort, the next target of EU sanctions could well be Russian oil.

Even without a gas boycott, the war in Ukraine is “slowing down” Germany’s recovery from the economic shock of the coronavirus pandemic, the institutes said.

The German economy was “navigating difficult waters” as the war and China’s zero-Covid policy added to supply chain disruptions that are hampering industry.

The group slashed their forecast for growth in 2022 to 2.7 percent, from their previous estimate of 4.8 percent made in October last year.

At the same time, they raised their forecast for growth in 2023 to 3.1 percent from 1.9 percent, in a scenario where energy deliveries continue.

Inflation, which has hit new highs as the price for energy has soared, would come out at 6.1 percent in 2022, before falling back to 2.8 percent in 2023, the think-tanks said.

Shutting off supplies from Russia would push the price even higher, taking inflation to 7.3 percent in 2022 and keeping it at five percent in 2023.