Much of his book is an outline of simple and practical skills every good sales person must know in order to be a success in a sales environment. This reporter has been around sales people for over 17 years. When I picked up Stern’s “Are You For Real?! – Going from Excuses to Authentic Selling and living your dreams,” I was delightfully taken aback at how simple, straightforward and amiable Stern’s insights were in mastering the skills of selling and providing good customer service.
Much of his approach is down-to-earth and “Are You For Real?!” has lots of humor mixed in with the “pearls of wisdom” that only emerge after years of hard work and lots of experiences. He was gracious to speak to and answered the few questions I had concerning sales and sales people.

So, I asked Stern: In today’s climate of economic uncertainty and major shifts in social demographics do you talk about “budgeting” one’s commission earnings?
“How a sales person budgets money is something I see frequently,” Stern replied. “In the book, no I do not. But thanks for the question. In my second edition there will be mention of it big time.” 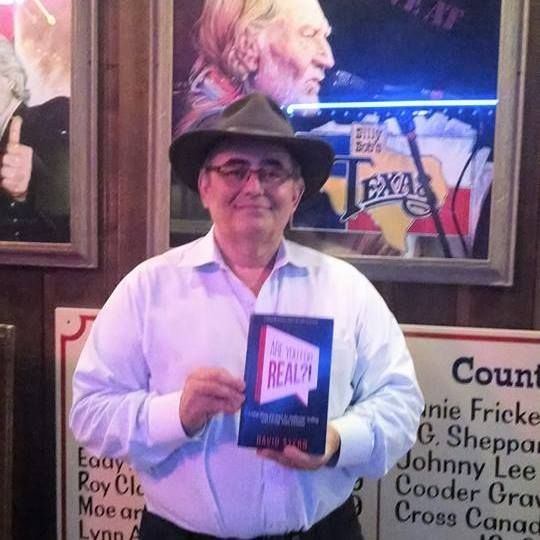 David Stern’s speaking and coaching engagements have taken him all across the United States.
Courtesy of David Stern and CoachStern.com

Stern went on to say, “in my coaching sessions and seminars, I always talk about goal setting. And, one of the most important things I discuss specifically is the need to earn at least what it costs you each month to live. Plus, paying the taxes on the earnings; many salespeople forget about that. From there you can build and grow based on the reality of the earnings. I discuss the specific goals one has including vacations, etc.”
Stern spoke about the years he spent in the banking industry and how much going into sales allowed him greater freedom. That is not to say he did not struggle, he did. But the life lessons he learned and the skills he acquired were valuable.
I told him that over the years in my dealings with realtors and contractors, I have noticed some are generous or very cheap. I also notice, and this is true of all people in business for themselves that they “feel” every cost, every fee, every single charge and tax, more so than salary or wage-earning people.
“Correct, said Stern. “There are both (in business), cheap ones and spenders. There is also something in between. There is much insecurity that people have, therefore they will be racking their brain out unnecessarily.
Many of these problems (around spending and budget) stem from one’s upbringing, I found” Stern said. Fortunately, for Stern he had stable and steady role models in his parents, growing up in Brooklyn, NY.

His father was always working, often working two to three jobs to earn a living. And, at one point, even his mother had a sales job, while Stern and his siblings were at school during the day. He mentioned how amazing it was that his mom would be helping his father in the rug sales business, traveling here and there and be back in time to cook dinner. That was back in the late 1950s, early 60s, (A much different time than today, no doubt.)
Even though his parents urged him to study and get good grades in school, Stern knew very early on the scholastic and academic road was not for him. He discovered as early as age 15, he had the ability to conduct sales. Stern liked finding a match for a customer with a product or service. His father discouraged the idea once he found out that Stern was coordinating the sale of used appliances matching a buyer to a customer from their home. He insisted that Stern focus on school.
“From where I come from, it was customary for children in a family to help out in the family business. When my parents went into rug sales, I worked with my father. He had a hard sales approach, and I had a soft sales approach, not a good mixture,” said Stern. “I liked meeting people, helping to match a product with a customer and so on.” 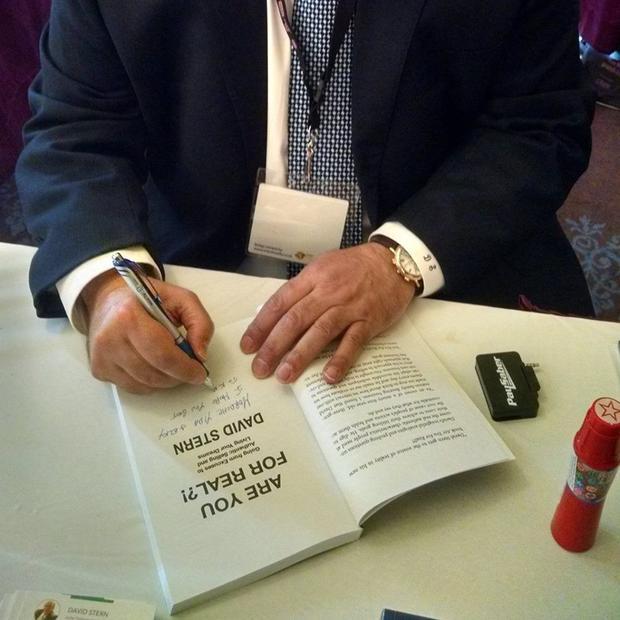 “Are You For Real?!” highlights author/public speaker David Stern’s more than 40 years in sales.
Courtesy of David Stern and CoachStern.com
Respecting his father’s wishes, Stern finished school. But it only reiterated what was obvious to Stern; he liked being out in the world, meeting people making contacts. His years in the banking industry also reinforced his inclination towards sales. “I liked working with customers and helping people. But I realized over time that with the bank, no matter how hard I worked or what level of management I achieved, there was a limit to what I could do and how much I could earn.”
This simple fact is also what motivated Stern to go whole-heartedly into sales. Interestingly, when the banking industry began to provide branch services on Saturdays, Stern made the decision to leave the bank because as a devote follower of Judaism, he wanted to honor the Sabbath. Saturday was a day for be with family and follow the teachings of his faith. The unforeseen schedule change by the banking industry was the push he needed to pursue what he knew in his heart about sales.

Stern with more than 11 years of selling on the road across the country has many stories to tell of his life as a salesman. Still, I was curious about the issue of spending. So I asked Stern, What are your thoughts on spending? Especially for the sales person who has made commitments to their earnings, like sending their kid to a good college, taking care of aging parents, etc.
“I personally admire salespeople who made it a commitment to spend money in the way they choose, like you mention,” he said. “I think it’s very admirable of them to take care of their family, young or older. Unfortunately, many salespeople don’t think. They don’t think about their future or their families.” When a sales person is making good money, the allure of spending is a temptation.
So I asked him further, when is it smart to spend on something and when is it wise to be frugal? Or does it vary from sales person to sales person and the situation she or he is in?
“There is absolutely nothing wrong with spending if you can afford it, he said. Different strokes for different folks!” Yet, he pointed out. “Being tight, is not the best way to be. I think a sales person might be a bit tight in other areas of life as well. But, he also said, that doesn’t mean that you should spend it all either. It really depends on the attitude salespeople have. Some are happier go lucky than others and will splurge a bit more.” Stern urged that it is all about experiences learned and the wisdom those experiences in sales teach a sales person.
Then I asked Stern, what are the indications for a sales person that the risks are too big or risky?
“Some salespeople who splurge quickly, they spend their money real fast. This is not good because they tend to get desperate more often, their attitude shows when they are in front of a customer. They also get nervous a lot and their peace of mind is not great. You can tell,” he said.
Then I asked, how can you discern when confidence is more ego than courage and positive-thinking a bit of wishful or fool-hearted thinking?
“Good salespeople, he said who are honest, listen well to their customers and don’t make promises that they or their company can’t keep. Those sales people come across calmer and more believable,” he said.
So I was curious. Is there a guide for that? Or an indicator of sorts? Or is it again, depending upon the individual sales person and her or his situation? “You can tell if a salesperson is cocky or not, Stern said. Watch the sales person’s body language, it speaks very loud.”

Skills and expertise gathered from years of experience is golden for an ever-expanding global market. This is why writing the book “Are You For Real?!” has promoted Stern’s other venture, sales coaching and public speaking. The impact Stern has made speaking at conventions and upon the invitation of companies has been positive. Audiences from his speaking at a convention at the Paris Las Vegas hotel this past March raved about his talks.
He mentioned that digital technology has changed sales dramatically. Some of it, he views with discernment. “When I was growing up we did not have any of the gadgets we have today. What is still most important is knowing your customers, developing a good relationship with them and knowing your product and services well.”
Stern has a presence on social media as well.
“Twitter I think has helped me sell eBooks,” he said. To learn more about Author, Professional Speaker, Sales and Personal Success Coach David Stern, visit his website.