The NYC-Brooklyn born and raised author and sales coach was in town after speaking in Los Angeles this past weekend. As always, Stern was happy to visit with friends and colleagues in the San Francisco area and like any seasoned sales person, to go the extra miles was all part of business. “It is also about establishing and maintaining relationships,” he said.

When this reporter first interviewed Stern earlier this year, he was busy putting together his itinerary. And, when I finally got to talk to him in more detail this past March, he had just finished speaking at a conference for the Home Based Travel Agent Forum in Las Vegas at the Paris Hotel and Casino.
Down-to-earth and personable, Stern was very much at home making his way through San Francisco. “I used to come to San Francisco and the Bay Area regularly,” he said. “That was some years ago. But I still know my way around.”

As mentioned in his book “Are You For Real?!” Stern left the banking industry and became a sales rep for a wholesale jewelry company. “My predecessor would call me frequently and say, ‘are you taking good care of my customers?’ He had been the company rep for the Pacific Southwest region, so that included all of California, parts of Nevada, Oregon and Washington all the way to Seattle. Among the most prominent clients was Macy’s,” he said. Stern was taking over for him while he was recovering from an illness. “He simply wanted to make sure I was doing a good job,” added Stern, “reaching out to all the established clients and customers. He was a mentor to me, and I am grateful.”

It was these experiences that gave Stern the idea for his book and then his coaching work. “I like helping others,” he said. “Sales is not an easy business to be in — the traveling, the pressure to meet quotas. But if you are self-disciplined and set goals you will succeed,” he said. Many of Stern’s teachings are simple: “Write down on paper what your goals and dreams are,” he said. “Commit them to memory. Focus on writing these down and repeat them daily so they’re ingrained in your head. You must keep a handle on it.”
“Run-manage your sales business like anyone runs a business. You set a firm start time to accommodate your demographic. Before you officially open for business, make sure you’re prepared for your customers. Know the clients you will be seeing, the most efficient way to travel, and be ready to pitch your wares.”
One of the reasons Macy’s became a client was because of persistence and consistency. Stern kept approaching Macy’s even when they said no. But each time he approached he paid attention.
“I can’t stress enough the importance of listening to your customer’s needs,” he said. “Acknowledging clearly that you understand them, and then offering solutions.”
Stern went on to do business with Estée Lauder and its affiliations of Aramis and Clinique, just to name a few. And, from his experience in the banking industry he has worked with JP Morgan, and Oppenheimer & Co.
“I teach people how to set up their appointments according to the regions of the area or city where they’re going to be,” he said. “You have to be able to adjust your course depending on your particular location, and you will save yourself valuable time if you plan ahead.”

Yet since it had been some time since he had been to San Francisco, he wanted to see Fisherman’s Wharf. “I like fish,” he said, “and I wanted to have dinner before going back home.” He chose a classic place for dinner at Fisherman’s Wharf — Scoma’s. Some might consider it “old school,” but to Stern it was vintage San Francisco. The atmosphere was relaxing yet buzzing with people coming and going for an evening out in one of the world’s most popular cities.
He then told me something very insightful about how good sales take form and contacts emerge as more stable relationships.
“When I analyze my demeanor in courting business with Macy’s,” he said, “I recall that I was never desperate to make a sale to Macy’s, or to any prospect. It was just a prospect. My focus was on building relationships, and as I built relationships, I got hundreds and thousands of ‘no’ as the answer. Always keep in mind that a ‘no’ eventually leads to a ‘yes.’ If it’s not today, it’s tomorrow, it’s the next year, or even three and a half years later, like with me and my eventual $46,000. with Macy’s.”
Since the publication of his book and his subsequent outreach as a key-note speaker and sales coach, Sterns continues to travel across the country. Summit Home Health Care, InComm, BFG Financial Group and MetLife have been among the dozens and dozens of his clients.

Stern also pointed out that working to maintain a customer/client base is key to continued success in sales.”This is how a sales person goes from ‘just surviving’ to thriving.” He also mentioned that as one gets organized, it is important not to lose touch with the client/customer relationship, always taking the time to listen and recognize needs.

The level of trust is another aspect which once a sales person becomes trusted, that in itself is gold. “If you are able to build trust in your sales relationship, you are then able to share things, ideas, good opportunities and not just sell them. There is a difference between sharing and selling. If you can build a trust with someone in your client/customer base and treat them like a friend that says something.”
Building that type of relationship at a management level is crucial to helping sales people reach new goals of success. “Micro-management and lots of bureaucracy in a sales organization can become a hindrance.”
Still, a persevering sales person will learn that and gravitate towards sales and environments were salesmanship is appreciated and fostered not undermined. 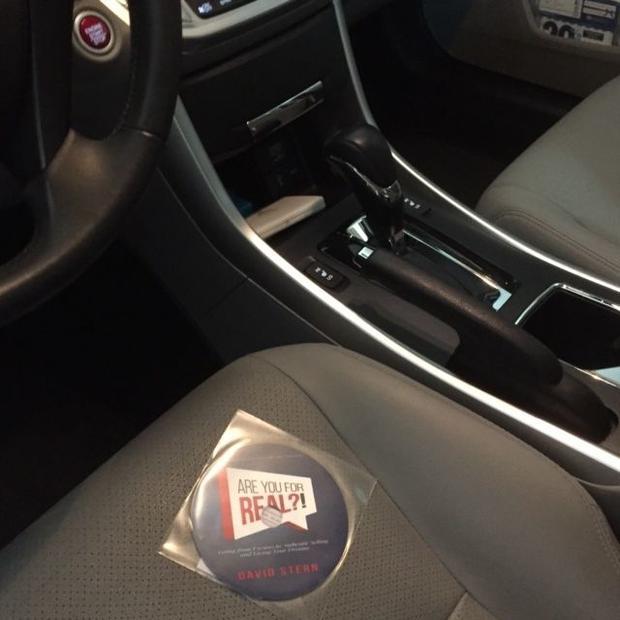 “Are You For Real?!” by David Stern is now available on CD.
Jonathan Farrell

After we finished a deliciously sauteed serving of Scoma’s family recipe of Halibut, I asked him. How do sales people weather the storms of the unpredictable market place?
“I want to clarify that when sales are down, he said, you need to take time to regroup mentally. Analyze your career goals, tidy up your desk, write reports, go over your billing, send out emails, and make a strategy on how to build your business. This way, Stern said, you’re making the most of an off-season, and you’ll be ready to maximize opportunities when things start to heat up.”
Stern is pleased with the responses he has gotten thus far from his book “Are You For Real?!” Of the 12 reviews posted on Goodreads.com all say it is worth reading; one gives it five stars and two give it a four-star rating. “It was worthwhile, to-the-point and actionable,” said Karen Banes, a writer and content producer. She gave Stern’s book four stars. Banes noted, that she is aiming for a new set of goals. And that Stern provided, “good tips as I move into my latest home business venture which will involve a lot of sales skills. I would recommend (his book) for anyone starting out on a career or job involving sales.” 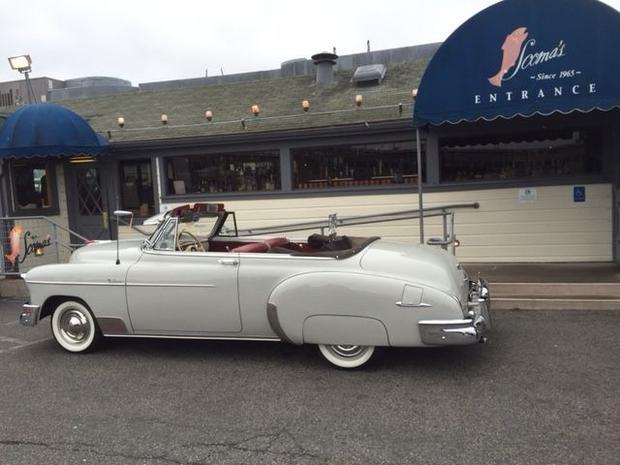 “Usually I do not eat out at places like Scoma’s, said sales coach and speaker, David Stern. But since it has been a while since I have been to San Francisco, I figured it is okay to splurge just a bit.” And, what more classic place to be than Scoma’s at Fisherman’s Wharf.
Jonathan Farrell

As we waited for the check, he said “being able to spend a few hours visiting with friends and having dinner out is very rewarding. Usually I do not eat out at places like Scoma’s. But since it has been a while since I have been to San Francisco, I figured it is okay to splurge just a bit. Especially in an effort to meet clients, make new friends and maintain long-time friendships.”
“Gefilte fish for me is a favorite and in the fall, around this time of year is Rosh Hashanah. It’s an important time of year for me and my family,” said Stern. This year the important Jewish holiday falls on Oct. 2. Which then lead him to mention how important it is for sales people to take time off to be with family and friends.
A life in sales can be like a roller-coaster ride. Yet as he pointed out. “I learned it’s important to leave the work situation at five or six o’clock without going to the other extreme of going out all night. Spend time with your family. And if you’re single, spend time relaxing and take care of you. Recharging your batteries in a healthy way is important,” he said. It empowers a sales person to deal with the roller-coaster that is a life in sales.
“Each morning, each day is a brand new challenge. Every day,” he said, “it’s a new ride on that roller-coaster.”

“Are You For Real?! Going From Excuses to Authentic Selling and Living your Dreams,” in book form can be purchased through Amazon.com. To get the book now on CD visit his web site.