According to a review by the SUN DAY Campaign of data just released by the Federal Energy Regulatory Commission (FERC), sharp declines are predicted for fossil fuels and nuclear power while renewable energy – including biomass, geothermal, hydropower, solar, and wind is forecast to experience even stronger growth than previously projected.

FERC’s update includes data up through August 2019, that indicates “proposed additions under construction” and “proposed retirements” combined could result in a net decrease in the generating capacity of fossil fuels (i.e., coal, natural gas, oil) as well as a net decline of 4.56 percent in nuclear capacity by August 2022. 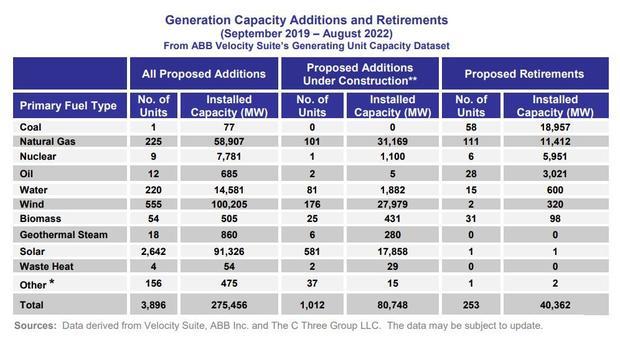 Murray Energy, the largest coal company in the U.S. (whose CEO is a big fan of asking the Trump administration for coal bailouts), recently declared bankruptcy. Forbes published a column explaining how that came about. Basically, the answer can be summed up in three words: “free market forces.”

A recent Bloomberg report highlighted those same free market forces when it forecast the probable losses for Europe’s coal industry to the tune of $7.3 billion this year.