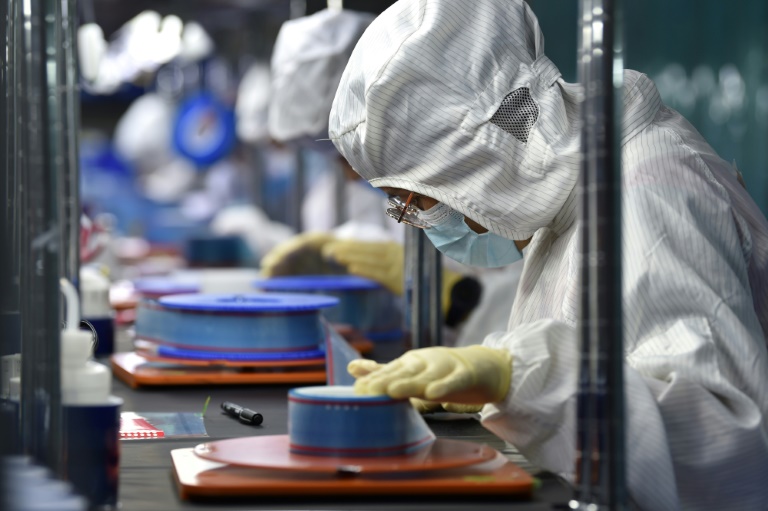 Asian markets mostly rose Thursday as investors maintained optimism in the global recovery outlook but prepared for the end of an era of cheap cash with inflation continuing to surge on the back of supply chain problems and improving demand.

After a year and a half of ultra-loose monetary policies from the world’s central banks, which helped spur a rebound from the pandemic collapse and send equities flying, concerns about consistently high price rises is forcing officials to tighten their belts.

Several have already started — including South Korea and New Zealand, with Singapore joining in on Thursday — but all eyes are on the Federal Reserve, with minutes from its most recent meeting showing it plans to move either next month or December.

A higher-than-expected reading on US consumer inflation pushed the case for a November start to tapering its massive bond-buying programme, but the main question on traders’ lips is now when it will begin to hike interest rates.

“Wednesday’s still-elevated consumer price index marks about six months’ worth of hot inflation data — suggesting that inflation is not as transitory as many investors previously expected,” Nancy Davis, of Quadratic Capital Management, said.

“The overall inflation story is being driven by supply-chain disruptions and a swift rise in prices, due to the labour shortage.”

On Thursday, China said factory-gate inflation had in September hit its highest level in a quarter of a century owing to a spike in commodity costs and rocketing demand as economies reopen.

And with China a crucial exporter to the world, there are concerns the rises will transfer to other economies.

Meanwhile, some observers have warned of a period of stagflation in which costs soar but economic growth remains torpid.

JP Morgan Asset Management’s Virginia Martin Heriz said the outlook for now “still favours equities in the medium term although less so than before”.

“This is not stagflation that we are talking about because we are still growing well above trend,” despite signs of a slowdown in the United States and Europe, she said.

Support was also provided by a healthy start to the earnings season, with JP Morgan Chase beating forecasts, while Delta Air Lines saw a profitable third quarter, though it did warn about the impact of fuel prices in the next quarter.