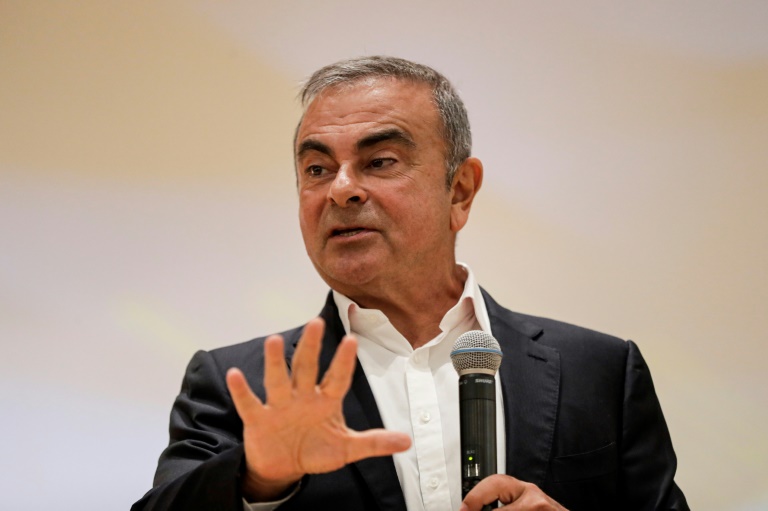 From his shock detention to an audacious escape from Japan, the rollercoaster saga of former Nissan boss Carlos Ghosn made headlines around the world.

As two men accused of helping Ghosn flee go on trial in Tokyo, here are the key dates to know:

Ghosn and his aide Greg Kelly are arrested on suspicion of financial misconduct on November 19, after arriving in Tokyo on separate private planes.

They are accused of devising a scheme to under-report the salary of Ghosn — then Nissan chief and head of an alliance between Renault, Nissan and Mitsubishi Motors.

The pair deny wrongdoing. Ghosn is swiftly removed from his role at all three firms in a stunning fall from grace for one of the world’s best-known businessmen.

On December 21, Ghosn is arrested again on fresh allegations that he transferred losses from personal financial investments to Nissan.

His detention, in conditions far removed from his flashy lifestyle, is extended.

Ghosn attends his first court hearing in January, insisting the accusations are “meritless and unsubstantiated”.

His first bail request is denied, and on January 11 two new charges of financial misconduct are filed against him.

The disgraced executive tells AFP from prison that his detention would “not be normal in any other democracy”.

On March 5, the court approves Ghosn’s third request for bail, set at one billion yen ($9 million).

Ghosn is rearrested in a dawn raid of his Tokyo apartment in April, and authorities hit him with a further charge of aggravated breach of trust — alleging he siphoned money for personal ends from cash transferred from Nissan to a dealership in Oman.

On April 25, the court grants Ghosn a second bail of $4.5 million. He is banned from leaving Japan and requires court permission to see his wife.

On September 9, Nissan CEO Hiroto Saikawa resigns amid allegations that he also padded his salary. He denies wrongdoing but apologises.

Ghosn and Nissan are accused by US securities regulators of hiding more than $140 million in his expected retirement income from investors.

Ghosn is fined $1 million, and Nissan says it will pay $15 million.

Just before New Year’s Eve, Ghosn gives authorities in Japan the slip, hiding in an instrument case to flee on a private plane.

He eventually lands in Lebanon, which does not have an extradition treaty with Japan.

A week later, Ghosn says Nissan colluded with prosecutors to have him arrested because he wanted to deepen the Japanese firm’s alliance with Renault. He says he fled because he did not believe he would get a fair trial.

Two men accused of helping Ghosn flee Japan, former US special forces member Michael Taylor and his son Peter, are arrested in the United States in May.

In September, a US judge rules extradition proceedings can move forward, as the trial against Kelly begins in Tokyo on a single charge of under-reporting Ghosn’s compensation.

Kelly denies wrongdoing and pleads not guilty, while Nissan, on trial as a firm on the same charge, pleads guilty.

Michael and Peter Taylor lose their battle against extradition and are handed over to Japanese prosecutors, landing in the country in March.

The pair, who allegedly smuggled Ghosn out of the country in an audio equipment case, appear in a Tokyo court for the first time on June 14.

They face three years in prison if convicted.