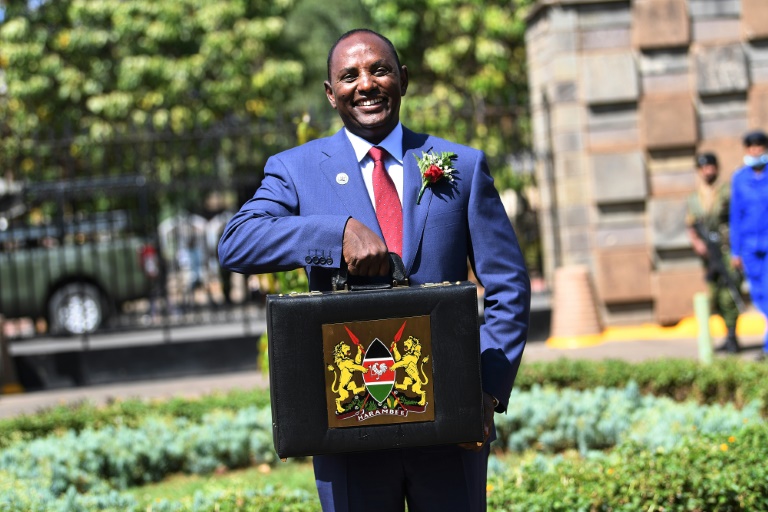 Kenya’s finance minister on Thursday unveiled a $28 billion budget aimed at helping the economy recover after the Covid-19 pandemic threw hundreds of thousands of people out of work.

The financial roadmap for the 2022/2023 fiscal year, announced just four months before the country goes to the polls, also pumps billions into outgoing President Uhuru Kenyatta’s so-called legacy projects and major infrastructure — much of it funded by China.

“We have outlined policies in this budget that are geared towards returning the economy back on a more sustainable growth path for improved livelihoods,” Treasury Cabinet Secretary Ukur Yatani told parliament.

He said the East African powerhouse’s economy was set to grow by six percent in the current calendar year, down from 7.6 percent last year but a marked improvement on the 0.3 percent contraction in 2020 — the first in three decades.

The 3.3 trillion shilling ($28 billion, 26 billion euro) budget illustrates the fine line the government is walking between trying to improve people’s livelihoods but also boost its own coffers by increasing taxes.

Yatani forecast a budget deficit of 6.2 percent of gross domestic product (GDP), down from 7.5 percent in the previous fiscal year.

If the budget is approved by parliament, the government will also splash out 146 billion shillings on Kenyatta’s legacy schemes under his so-called Big Four Agenda, which focuses on food security, affordable housing, affordable healthcare and manufacturing.

It is also planning to spend billions of dollars on infrastructure projects such as an expressway aimed at easing the capital Nairobi’s notoriously congested roads and the expansion of the nation’s railway network.

Kenya was battered by the coronavirus pandemic, which slashed income from the vital tourist sector, although agriculture — the backbone of the economy — proved more resilient.