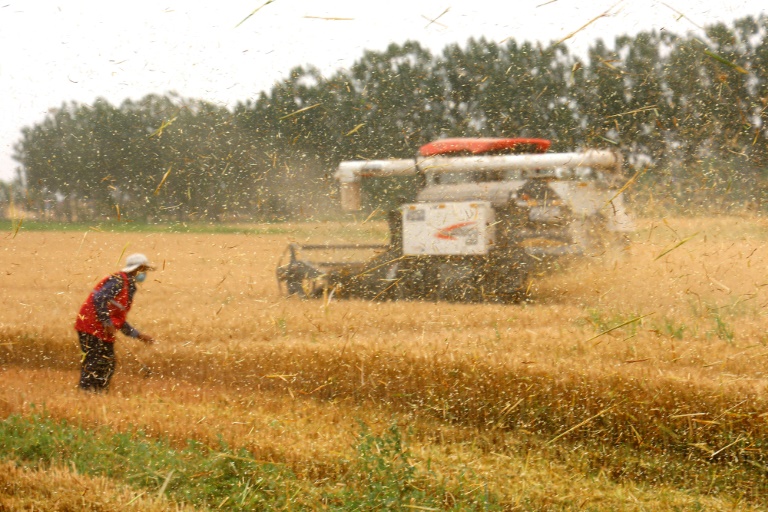 Bedevilled by high fuel and fertiliser costs, along with a labour crisis driven by Covid-19 restrictions, China risks a smaller autumn harvest that could supercharge demand for commodities just as the world can afford it least.

Moscow stands accused of pushing the globe to the brink of catastrophe by blockading Ukrainian ports and seizing commodity stocks, driving up prices and leaving the world’s poorest nations facing hunger.

China is relatively self-reliant, producing more than 95 percent of its needs in rice, wheat and maize.

But relentless Covid disruptions — caused by restrictions on the movement of goods and farm workers — on top of higher fertiliser and fuel costs and issues with access to equipment, threaten the autumn harvest of key crops such as soybean and corn.

Experts caution even a small rise in demand from the world’s most populous nation could drive global commodity costs up sharply.

“The last thing the global market needs right now is for China to become a more active buyer,” said Even Pay, an agriculture analyst with consultancy Trivium China.

Corn prices hit a nine-year high in April, while soybean prices traded near a 10-year high this month.

China is the last major economy to adhere to a zero-Covid policy.

How that manifests itself in the next harvest is uncertain, but Pay said “last-mile logistics” have been complicated by virus restrictions in rural areas afraid of the spread of the disease.

“Villages have been very resistant to letting outsiders in during Covid-control periods,” she added.

If China ends up going to the global market to fill any shortfall, there will be “a big impact” on prices, said Darin Friedrichs, co-founder of agriculture research firm Sitonia Consulting.

For now, Beijing is keeping a close eye on the country’s wheat harvest.

At a meeting last month, Premier Li Keqiang said a strong summer harvest with manageable prices depended in part on “unimpeded” access of workers and machines to wheat-growing provinces from eastern Anhui to northern Shanxi.

China has harvested about 80 percent of its winter wheat crop so far, according to state media, although Friedrichs cautioned that prices are 25 percent higher than last year, at about 3,000 yuan ($450) per tonne.

While a decent wheat harvest is good news to world markets, “Covid-related disruptions haven’t gone away”, according to Pay, who added that prices of fertilisers and fuels were riding high.

China has “massively ramped up its wheat, corn, barley purchases” in recent years, from below 20 million tonnes a year around four years ago to some 50 million tonnes now, according to Andrew Whitelaw, an analyst at Thomas Elder Markets.

But global inflation and uncertainty will make it expensive for China to import more.

Already, China has bought newly harvested wheat for its reserves at sky-high prices this month.

The political dimension of feeding China’s vast population has not been lost on Beijing.

The issue has grown in importance since 2020, when the coronavirus spread worldwide, said Friedrichs.

“There were worries about global disruptions to supply chains, and now we have the global food crisis — that’s redoubled focus on food security,” he said.

In this article:China, Economy, Food