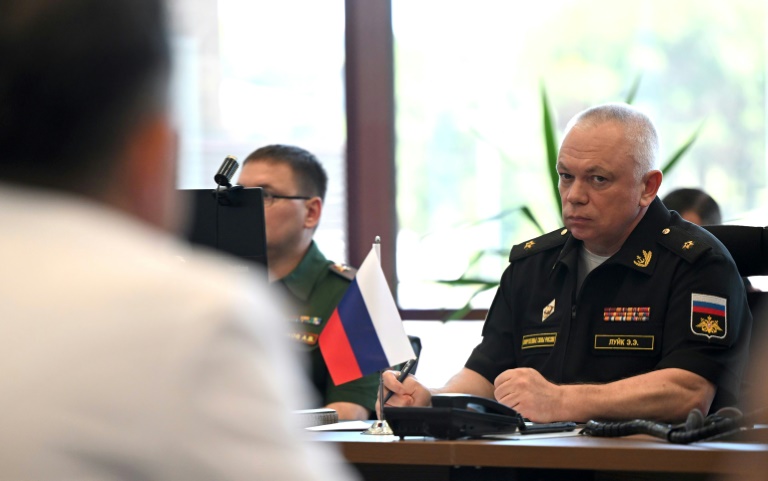 Turkey on Wednesday formally opened a joint coordination centre for Ukrainian grain exports under a UN-backed deal aimed at resuming shipments for the first time since Russia’s February invasion of its neighbour.

Turkish Defence Minister Hulusi Akar unveiled the centre at a ceremony held five days after Moscow and Kyiv put their names on a deal designed to deliver wheat and other grain across the Black Sea from three designated Ukrainian ports.

But a Russian missile strike Saturday on Ukraine’s Black Sea port of Odessa threatened to immediately unravel the first deal signed up to by the warring parties since the war started.

“The staff working at this centre are aware that the eyes of the world are upon them,” Akar told reporters in his opening address.

“It is our hope that the centre will make the greatest contribution possible to humanitarian needs and peace.”

The centre will be staffed by civilian and military officials from the two warring parties and delegates from Turkey and the UN.

Their primary assignment involves monitoring the safe passage of Ukrainian grain ships along established routes and overseeing their inspection for banned weapons on the way into and out of the Black Sea.

Akar said ships will be inspected by “joint teams” and monitored by satellite from the centre at an Istanbul military academy.

Ukraine announced the resumption of operations at the three Black Sea ports designated by the deal at the same time as Akar formally unveiled the Istanbul centre.

Officials in Kyiv said they hope to send the first grain ships to world markets later this week.

The blockage of deliveries from two of the world’s biggest grain exporters has contributed to a spike in prices that has made food imports prohibitively expensive for some of the world’s poorest countries.

UN estimates say nearly 50 million people began to face “acute hunger” around the world as a direct consequence of the war.

NATO member Turkey has taken pride in being able to maintain open diplomatic relations with both Moscow and Kyiv throughout the conflict.

Erdogan is due to meet Putin again in the Russian leader’s Black Sea retreat in Sochi on August 5.

“The Odessa attack worried everyone. We were worried too,” Foreign Minister Mevlut Cavusoglu said in an online interview on Wednesday.

“At the end, this was not an attack that could have blocked the harbour’s functioning. But this kind of attack should not be repeated. We hope that the agreement might function without any issues.”