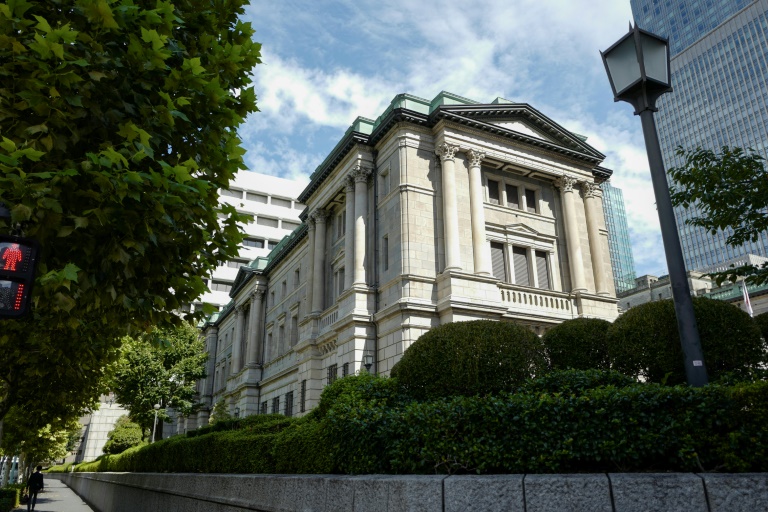 Japan’s finance ministry said Thursday it intervened in the currency market to bolster the yen, which has plummeted against the dollar in recent months on the widening policy gap between the US and Japanese central banks.

It was the first government intervention to prop up the currency since 1998 and came after the dollar surged to nearly 146 yen earlier in the day.

The yen has been weakening against the dollar for months, but sank further on Thursday after the US Federal Reserve again hiked rates to tame inflation, while the Bank of Japan left its ultra-loose monetary policy in place.

“There have been some rapid, one-sided developments on the back of speculative movement in the foreign exchange market,” Japan’s vice finance minister for international affairs Masato Kanda told reporters on Thursday evening.

“The government is worried about these excessive fluctuations and has just taken resolute action,” he added, confirming this referred to intervention.

His remarks saw the yen pare most of its losses, with the dollar retreating as low as 140.70 yen.

Inflation in Japan is rising, with the consumer price index in August at 2.8 percent, its highest level since 2014, but the central bank views the increases as temporary.

In its policy statement earlier Thursday, it said it would leave its current policy in place, “aiming to achieve the price stability target of two percent, as long as it is necessary”.

“It will continue expanding the monetary base until the year-on-year rate of increase in the observed CPI exceeds two percent and stays above the target in a stable manner.”

The bank said it sees Japan’s economy as on a recovery path, “with the impact of Covid-19 and supply-side constraints waning”, though it warned of uncertainty from commodity price increases linked to the war in Ukraine.

The yen’s rapid depreciation has caused concern in Japan, pushing up the cost of imported goods for consumers and businesses.

Earlier this month, the central bank reportedly conducted a “rate check”, an operation often seen as a precursor to a currency intervention.

The move came shortly after the yen came close to breaching the psychologically significant 145 barrier, and reports of the operation temporarily bolstered the Japanese unit.

It has plunged from around 115 in March, and the BoJ on Thursday repeated that “it is necessary to pay due attention to developments in financial and foreign exchange markets and their impact on Japan’s economic activity and prices”.

Governor Haruhiko Kuroda, whose term expires next year, told reporters before the intervention announcement that the bank would stick with its long-standing programme.

“We haven’t been and will not be targeting certain levels of foreign exchange,” he said.

“It is desirable that forex rates reflect economic and financial fundamentals, however the recent rapid depreciation of the yen is not that and is negative for the economy,” he added.

He noted though that the dollar has gained against most major currencies.

There is little expectation the BoJ will shift course, wrote Shigeto Nagai, head of Japan Economics at Oxford Economics, in a note.

“Although foreign investors might continue challenging the yen and (Japanese government bond) yields until the Fed’s rate tightening cycle peaks, we believe that the BoJ has no choice but to stick to the current… policy.”

In this article:Bank, forex, Japan