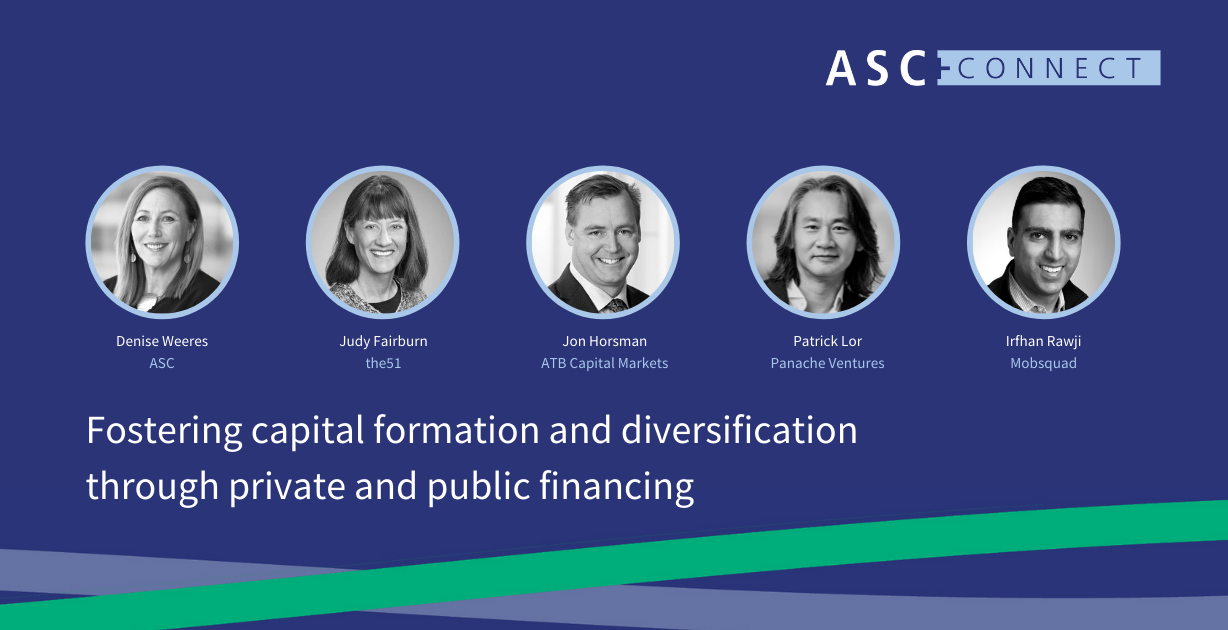 The “social” needs to be put back into Environmental, Social and Governance (ESG) standards used by investors to measure a company’s conscientious value, attendees heard at ASC Connect 2021.

This includes equal pay for equal work. If higher priority were placed on this by the markets, women — who traditionally are paid 20 per cent less than men — could achieve pay equity, said Dawn Farrell, chancellor of Mount Royal University and the former CEO of TransAlta.

“If we did the ‘S’ today, we could actually get women paid what they’re supposed to be getting paid,” said Farrell, referring to the social component of ESG. “We’re talking about the ‘E’ taking until 2050. Why don’t we do the ‘S’ by 2022? I’m very frustrated that ESG has just become about climate change.”

From a technology investor perspective, Patrick Lor, managing partner of Panache Ventures, said ESG has historically been too focused on governance, with not enough on environment or social capital. To win today’s investors, companies need to focus on all three, he said.

The two were among a group of industry leaders speaking as panelists at the Alberta Securities Commission (ASC)’s annual ASC Connect conference. This year, ASC Connect focused on trends and opportunities affecting Alberta’s capital market. More than 600 attendees participated in the virtual event, including c-suite executives, advisors and industry experts.

Investing in women is clearly an economic opportunity in this province, said Judy Fairburn, co-CEO, Fund Managing Partner of The 51.

As data from Alberta Enterprise shows, Alberta continues to lead on women tech-founders/co-founders at almost 30 per cent. “That compares incredibly well versus the global average of 20 per cent. Tech firms that managed to get themselves profitable within two years – 35 per cent of those have at least one founder that identifies as female,” said Fairburn, who is also a director of the Business Council of Alberta.

And with women forecast to control two-thirds of Canada’s wealth by 2030, that creates a huge opportunity for Alberta. The51 has more than 100 Canadian accredited investors, 90 per cent of whom identify as women and 30 per cent of whom had not previous invested in venture. “This is significant, unlocking a new investor group driven from Alberta,” she said.

“It’s a new kind of diversification focusing on building the financial feminism economy,” she said. The51’s venture capital fund has invested in 14 female-founded startups since its inception last year.

Diversification and democratization of capital, both public and private, are being driven by a new generation of investors, said Jon Horsman, CEO of ATB Capital Markets. He likened it to the music industry’s “Napster moment” for capital investment.

Horsman also pointed to market disruption experienced recently as seen by cryptocurrency and meme stocks pushed on social media, for example, the large buying and selling swings of AMC and GameStock, as proof of the growing power of retail investors.

“This is a generation that grew up on World of Warcraft — they can be very well organized, they understand leadership, they understand the power of working together, and they really understand that there are discrete conditions that incentivize or disincentivize the outcomes. All of this has led them to taking on the incumbents, and shifting the rules of the game,” Horsman said.

Irfhan Rawji, founder and CEO of Mobsquad, commended the ASC for its work in putting together a system for self-certification. Rawji said it equalizes the playing field to access private investment that favoured wealthy men and discriminated against women and people of colour, who are typically paid 20 per cent less for the same work.

“The certifications were about: Do you have ‘X’ dollars? Do you make ‘Y’ dollars?” Rawji said. “Think about how discriminatory that system is. That’s a system that says if you’re wealthy, you can get wealthier.”

To watch this session, or any of the other panel discussions, ASC Connect 2021 is available for playback at the ASC website. 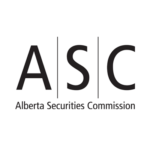 The Alberta Securities Commission (ASC) is the regulatory agency responsible for administering the province's securities laws. It is entrusted to foster a fair and efficient capital market in Alberta and to protect investors. As a member of the Canadian Securities Administrators, the ASC works to improve, coordinate and harmonize the regulation of Canada's capital markets.