Companies and developers wanting to integrate the decentralization, immutability, and consensus benefits of blockchain technology into their existing data infrastructure and business applications now have an enterprise-grade product with which to do so.

The product is called FlureeDB and leverages what the developers describe as a “Composite Blockchain Consensus,” which allows a database can be broken up into different parts, each having its own blockchain and associated consensus network. This innovation in blockchain technology, launched during November 2017, allows for new scaling potential for decentralized applications and is suitable for most industries.

To understand the technology and its application Digital Journal spoke with Brian Platz, the Chief Executive Officer for Fluree. 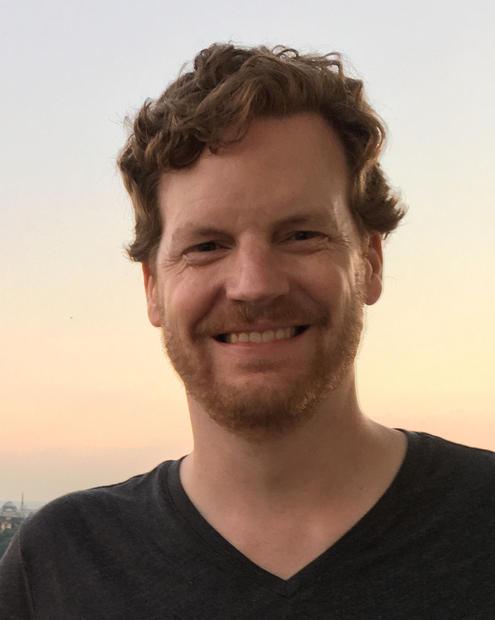 Digital Journal: Thanks for the interview. How important is blockchain becoming in the world of business?

Brian Platz: Likewise, thanks for your interest. Blockchain technology is the famous disruptor that has become a major tech buzzword in the last year. Popularized for its underpinning role in cryptocurrencies like Bitcoin and Ethereum, blockchain technology is spoken about by many, but applied effectively by few.

Speaking in terms of potential, blockchain can save companies thousands if not millions of dollars in data security, information management, and compliance. Its immutable nature drives tamper-resistance of data to an entirely unprecedented level; its real-time digitization of transactions can make business processes more efficient and transparent.

Blockchain’s decentralization serves a major use case for any scenario in which trust is needed between two or more companies sharing information or facilitating a cross-organizational set of transactions.

DJ: What are the benefits of blockchains for data infrastructure?

Platz: The blockchain process of transacting and storing information on a decentralized, distributed ledger yields many benefits for enterprise application data, such as an integrated network, updated in real-time with always-consistent data; the ability to set rules for each blockchain enforces compliance; tracing data from provenance to present to reduce disputes or discourage fraudulent activity.

Platz:FlureeDB is a graph/document database hybrid that allows developers and enterprises to bring blockchain capability and characteristics into applications in a very practical way – as a regular database that all of these applications need and use already.

DJ: With the ‘Composite Blockchain Consensus’, what is this exactly?

Composite Blockchain Consensus brings practicality to the blockchain-enabled enterprise application. An application can run its data in three “levels” of consensus, exclusively or simultaneously.

First, privacy. Data that is intended for internal use only, that does not require a high-level of transparency, and may require a very low transactional (latency) figure will reside in a private, permissioned database. Blockchain characteristics can still be found at this level, with immutability as a result of time-stamped transactional blocks in FlureeDB’s core.

Second, it’s federated. A pre-selected cluster may share a permissioned blockchain. Transaction latency will remain low (lower than Bitcoin, Etherium, etc.) and stakeholders in the consortium define the rules for transaction validity. For example, a group of vendors in a supply chain may prescribe a 51 percent majority vote for transaction validation and success.

Third, it’s public. Data can also transact and reside on the public blockchain, a fully decentralized blockchain environment. This is best used for auditability, compliance, and other transparency-focused blockchain benefits. While transaction time may be slower (the sheer physics of information distribution between network nodes tens of thousands of miles apart reduce chances of sub 5 second transactional success), verification and transparency of data validity is strong.

DJ: How long did the application take to develop?

Platz:FlureeDB has been in R&D for nearly three years, and we’ve been running the product for the past 6 months.

DJ: What were the main complexities for developing FlureeDB?

Platz:Decentralization and expressive rules are very challenging issues to tackle, especially to do so in an elegant way. There is as much coding time as there is hammock time to do this well.

DJ: Are the steps involved in running FlureeDB fully transparent?

Platz:Different business problems and their respective data sets will dictate the levels of consensus that make sense. It is important to know that full consensus is quite expensive, which is why transaction times are so long and transaction fees cost so much.

We are addressing these issues with a combination of sharding databases, along with the ability to control the level of consensus. The goal is to give your the ability to choose what makes sense for your data – and give the ability to have a single database have data that leverages multiple modes.

DJ: How have you addressed data security?

Platz:There are different aspects to security. The first which we are excited about is that through the use of a rich permission model and embeddable database functions we produce a unique database for every user automatically. They can query or transact to their heart’s content, but their database will never contain data they cannot see. This enables many applications to not only substantially reduce their needs for APIs, as many APIs are there just to enforce security, but also enables centralized security control at the source – where the data lives.

Blockchain in its full, decentralized form does pose data transparency issues — while some business applications can benefit greatly from storing their data on a public blockchain, they many not want the whole data set to be transparent (such as client’s personal information, financial disclosures, etc.). This is yet another reason why choosing to transact your data on either a fully decentralized, federated, or internal consensus environment is useful to businesses.

There are times you will want full decentralization but also the data to not be transparent, and for that encryption can be used. We offer a method by which database attributes can be flagged as encrypted, and this will effectively turn off type checking and database functions – as those require visibility of the actual value. It means the transacting entities need to take on more of this responsibility.

DJ: Which companies are likely to take up the technology?

Platz:We predict early adoption in a few industries that are anxious to deploy blockchain in a practical way — where the use cases are over-abundant, obvious, and ready to manifest. These include fintech companies, insurance agencies, healthcare organizations, and any company that uses a supply chain.

However, since FlureeDB is an all-purpose graph database with a powerful suite of capabilities, any company — from startup to enterprise — will be able to build, deploy, and scale their applications with it, regardless of blockchain usage.

DJ: Which other disruptive technologies do you anticipate affecting businesses?

What this means is that instead of sending your data to the application providers, each of which have their own security model and data silo, we can invert this control. We can move the application to your data, and by centralizing data security in the database itself it improves security and simplifies applications, provides more out of the box integration and generally gives you completely control.