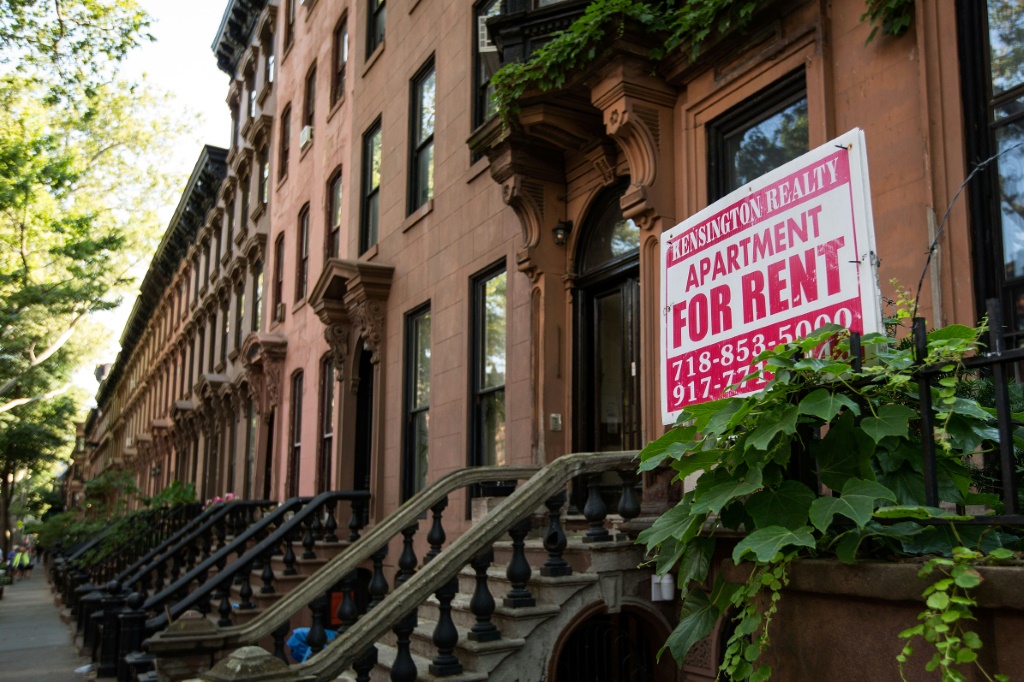 In mid-May, Paula Sevilla and her roommates joined the many New Yorkers suffering under the city’s crushing housing crisis, which has seen rents soar in the pandemic’s wake.

The tenants argued their landlord had violated rules requiring sufficient notice but ultimately were told if they would have to pay an additional $800 per month if they wanted to stay at their Brooklyn rental.

Sevilla and one roommate began a grueling search for new housing in a market that over the past year has spawned countless apartment search horror stories.

After two months of searching, some 30 apartment visits and constant stress, they finally found a two-bedroom spot for $3,000 dollars per month. 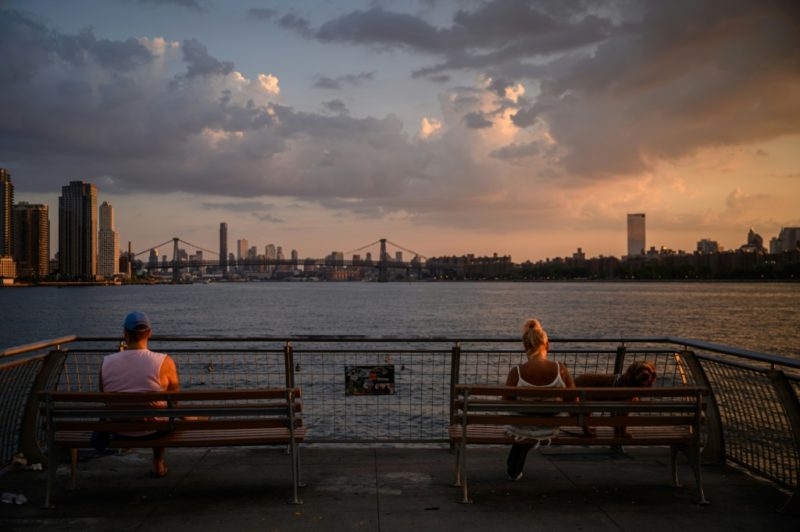 Families in Manhattan (skyline seen from Brooklyn on August 2, 2022) spend some 55 percent of their income on rent. — © AFP

Renting in New York has long been a struggle, but recently costs have skyrocketed, jumping an average 20.4 percent in the second quarter of this year alone, according to the housing search website StreetEasy.

And finding a home increasingly takes longer, with long lines of applicants vying for space.

“One time we lost an apartment because we turned in an application four minutes too late,” recounted Sevilla, a 26-year-old originally from Spain.

And the city’s housing crisis has been simmering for years, with construction of units lagging behind a growing population.

Now, as hundreds of thousands of people who fled the city during the pandemic’s early days return — along with the normal flow of transplants to America’s cultural and economic nexus — the situation is growing untenable.

There are “too many clients and not enough apartments,” said Miguel Urbina, a real estate agent. 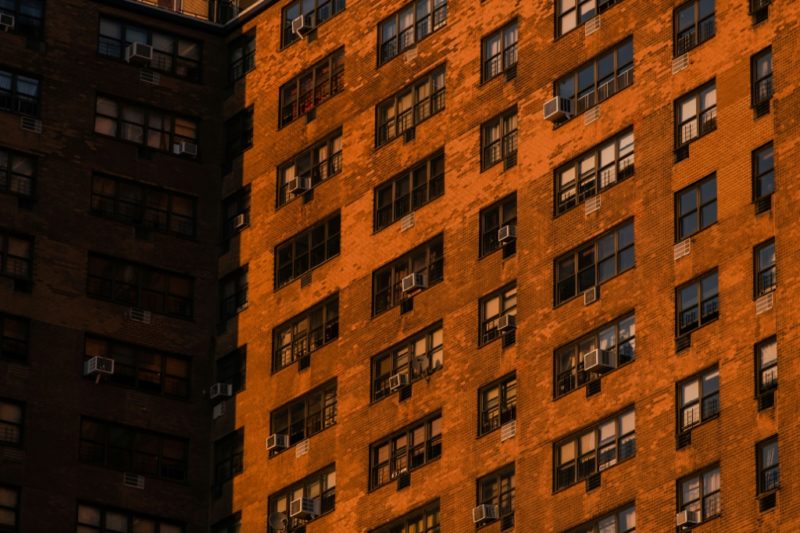 Renting in New York has long been a struggle, but recently costs have skyrocketed, jumping an average 20.4 percent in the second quarter of 2022 alone, according to the housing search website StreetEasy. — © AFP

In some cases, it’s not even enough to arrive first or offer more than the asking price to owners, which are often large firms or investment funds, especially in Manhattan.

Sevilla makes $75,000 annually, slightly more than the average salary in New York — but it’s not enough to rent on her own.

In New York, renters must often also pay significant broker fees to rental agents, generally at least between one month and 15 percent of the annual rental cost.

Many people who stayed in the city in 2020 and 2021 signed leases at a discount, but now many landlords are bumping those prices back up — pushing out more than a third of tenants who can’t afford the increases, according to StreetEasy.

Even New Yorkers lucky enough to live in rent-stabilized apartments — approximately one million units and two million tenants, according to city data — are not immune to the increases. 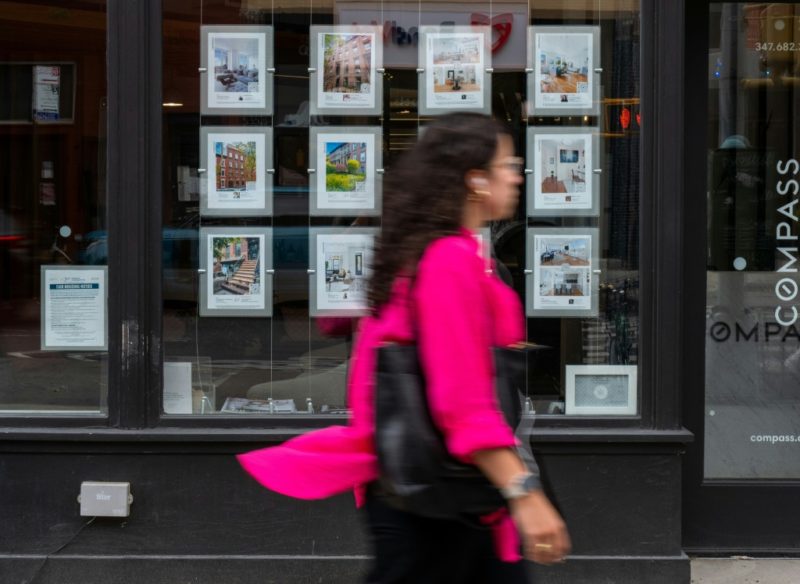 The rise in interest rates in the face of rampant inflation has aggravated the crisis by pushing would-be buyers in New York to rent. — © AFP

Those rents can only be raised based on a vote by the city’s rent guidelines board, whose members are appointed by the mayor.

For eight years under Bill de Blasio, the highest increases were 1.5 percent for one-year leases — but under the board appointed by new mayor Eric Adams, rents are set to see their sharpest rise in nearly a decade.

In June, the board approved a 3.25 percent increase for one-year contracts and five percent for two years, which will affect many of the city’s residents with limited means and triggered outrage among housing rights advocates.

Manhattan families spend some 55 percent of their income on rent, a figure that is 43 percent in Queens and 60 percent in Brooklyn, according to StreetEasy data.

Gia Elika, the owner of a real estate agency, says average rent in Manhattan is some $5,000 a month — but in a city of stark class division, some agencies are offering monthly rents of $140,000 on Fifth Avenue. 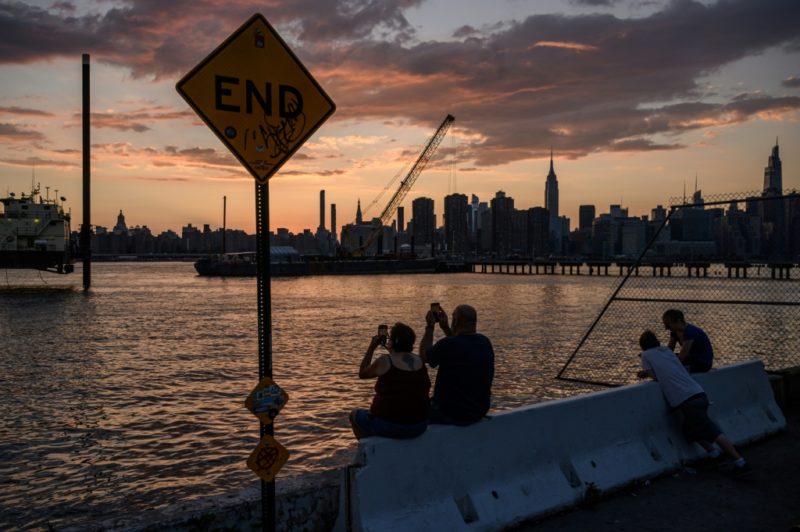 Even New Yorkers lucky enough to live in rent-stabilized apartments — approximately one million units and two million tenants, according to city data — are not immune to the growing housing crisis in their city. — © AFP

Elika told AFP that while “there is always a shortage of housing” in New York, “now it’s magnifying” with unprecedented prices.

According to the Washington-based policy research group Up For Growth, in 2019, the New York metropolitan area needed some 340,000 more units.

Rising interest rates in the face of rampant inflation has aggravated the crisis by pushing would-be buyers to rent, in a market “hampered by historically low inventory,” according to Lee’s report.

Decades-old zoning restrictions limit building size in some areas is one barrier, along with construction costs, limited public housing and legislative foot-dragging that has seen state and local politicians largely put off solving an increasingly pressing problem.

And the outlook is grim: much of the skyscraper boom in Manhattan has been for luxury and commercial purposes, and despite high-rise construction in Brooklyn, Queens and New Jersey, agents don’t foresee prices to quit rising any time soon.

In this article:apartment for rent, Housing, new york city, Renting, US