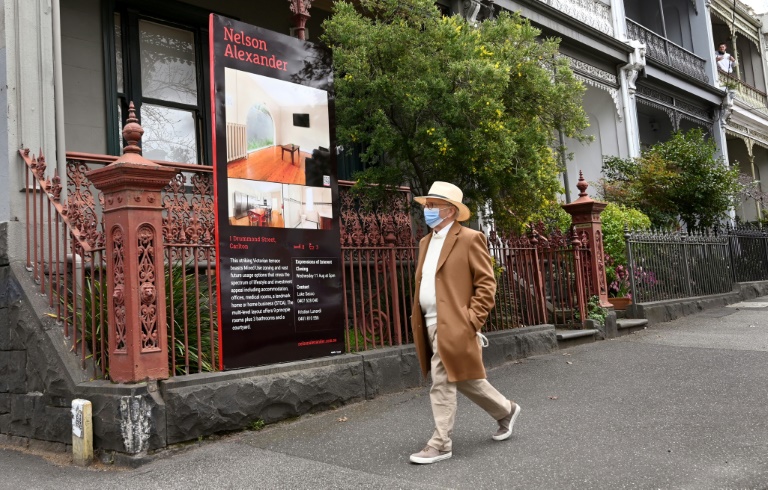 The International Monetary Fund warned on Friday that Australia must act to curb runaway home prices, which have surged more than 20 percent in major cities over the past year.

With the pandemic doing little to cool Australia’s turbocharged real estate market, the Washington-based institution urged policymakers to step up.

“Surging housing prices raise concerns about affordability and financial stability,” the IMF warned in a periodic review of Australia’s economy.

It urged “structural reforms” to boost the housing supply and support for those with low incomes who have been priced out of the market.

Financial oversight “should be tightened and lending standards closely monitored”, the fund added.

Property speculation is virtually a national sport in Australia, where newspapers are filled with stories about the latest high-end auctions and sales.

Nationwide, home prices have risen more than 18 percent in the past year, according to data from CoreLogic, despite major cities being locked down or under pandemic restrictions for most of that period.

Prices in Hobart, Tasmania rose 25 percent in a year and, according to data from real estate website Domain, Sydney home prices rose about Aus$1,200 (US$875) a day over the three months to June.

The average house price in Australia’s largest city is now just over US$1 million.

The IMF said the boom had been fuelled by buyers “taking advantage of low mortgage rates and fiscal support programmes”.

The Reserve Bank of Australia’s benchmark rate is currently at 0.1 percent and is forecast to remain low into 2024.

But there are growing concerns about debt levels and a potential housing bubble.

“High debt-to-income mortgages are on the rise amid elevated household debt, and investor demand has begun to increase from low levels,” the IMF warned.