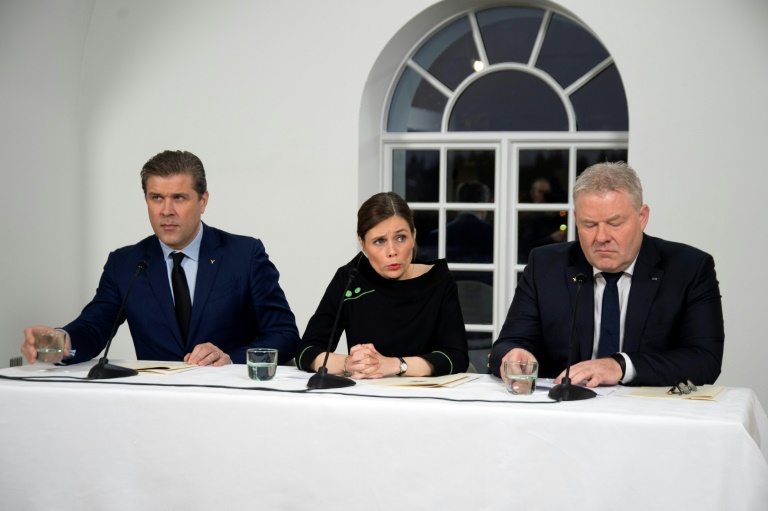 Iceland is home to a pioneering equal pay law that has narrowed the gender wage gap — and the man and woman running for prime minister on Saturday have both had a role in its success.

A fierce advocate of women’s rights, Prime Minister Katrin Jakobsdottir was in office when the law came into force in January 2018.

Her predecessor and conservative rival in the weekend election, Bjarni Benediktsson, headed the government when the legislation was adopted.

Iceland has long been one of the world’s most egalitarian countries, leading the World Economic Forum’s ranking for the past 12 years.

Its wage gap has now dropped to its lowest ever level, to 12.6 percent in 2020 from 15 percent in 2017. Adjusted for factors such as occupation, qualifications and education, it has narrowed to 4.1 percent from five percent four years ago.

Jakobsdottir, who heads the Left-Green Movement, told AFP the law “definitely has had an effect”.

Prior to the new law, employees had to prove they were being discriminated against.

Now, companies with more than 25 employees must provide documentation proving men and women are being paid equally.

They have to develop a gender equality plan, detailing how they calculate the value of an employee’s work using objective criteria, such as seniority, education, experience or strenuousness.

If approved by an independent auditor, the company receives a certificate valid for three years.

“Those (companies) that have actually finished the work say it increases transparency and the quality of how salaries are decided,” Jakobsdottir said.

“The experience of those who have gone through the process is positive and that helps,” she added.

Thorunn Hilda Jonasdottir, a 43-year-old events manager, had her salary adjusted after her employer undertook the rigorous certification process.

Experts note the law is not a magic wand that can erase inequality, but it helps the process along.

“It really proves that, by putting the burden on employers and forcing them to take a look at the data, then we start making progress,” said Margret Vilborg Bjarnadottir, a statistics professor at the University of Maryland who has developed pay equity analysis software.

But they have been given a 12-month extension to comply.

Only 320 companies have received certificates so far, as the proper mechanisms were not in place yet when the law was adopted, said Brynhildur Heidar og Omarsdottir, secretary general of the Women’s Rights Association.

Nonetheless, the new legislation has “shifted the culture in the workplace tremendously”, she said.

While individuals used to have to prove discrimination, companies “now have to think very carefully ‘are we breaking the law?'”.

Jakobsdottir has made equality a main focus during her four-year term, extending for example shared parental leave for both parents from nine to 12 months.

Now, she wants to take “the next step” to even out wages.

“We need to think about what sets of values we use when we evaluate the work that is mainly being done by women,” such as nursing and elderly care.

The Nordic country has a long history of feminism.

Its first law dictating that men and women be paid equally dates back to 1961.

On October 24, 1975, 90 percent of women in Iceland walked off the job to protest against the persistent wage gap, with 25,000 people gathering in the capital in one of the country’s biggest demonstrations ever.

A year later, a new law made it illegal for employers to discriminate against employees on the basis of gender.

Iceland was also the first country to elect a woman as president in 1980.