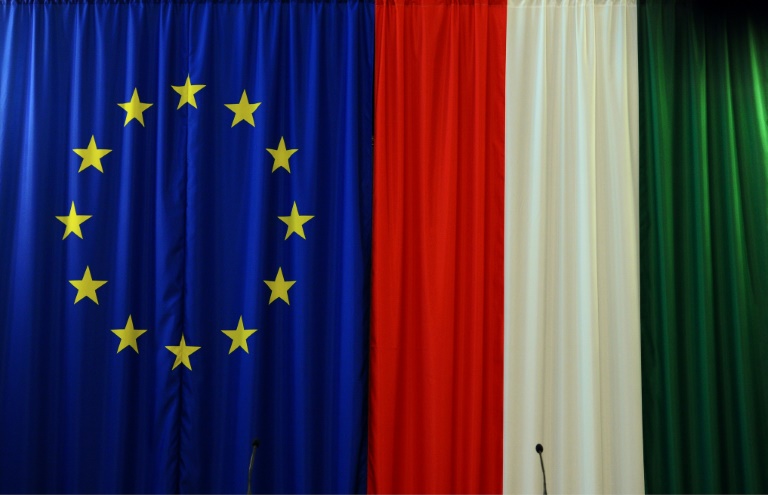 Hungary is hoping “better cooperation” with the European Commission will unlock billions of euros (dollars) of held-up funds, according to the minister in charge of the negotiations, as its economy struggles.

Brussels has so far refused to approve post-Covid recovery funds for Budapest, citing concerns over rule of law and alleged corruption, making Hungary the only EU member not yet to have received the green light.

“There are obviously areas of disagreement between Budapest and the European Union at a high political level, but I think much better cooperation is possible in day-to-day exchanges,” Tibor Navracsics, a minister in Prime Minister Viktor Orban’s cabinet, told AFP in an interview this week.

Orban, who has ruled Hungary since 2010 and was re-elected in April by a landslide, has frequently clashed with Brussels over issues including migration and LGBTQ rights.

In the latest row, the nationalist premier last week said Europe had “shot itself in the lungs” with sanctions targeting Russia over its invasion of Ukraine, while his foreign minister travelled to Moscow on Thursday to discuss buying more gas despite EU-Russia tensions.

Better communication “is indispensable for reaching an agreement on the funds”, which are “very important” for Hungary, said Navracsics, who is regarded as a moderate in Orban’s cabinet.

The 56-year-old said that work was “continuing” to find a compromise, but gave no timeframe for when 5.8 billion euros ($5.9 billion) in funding might be unlocked.

Like the rest of Europe, Hungary is struggling with decades-high inflation, despite the government introducing price caps on a range of different products.

Thousands took to the streets last week to protest against a change in the tax law which the government says is needed for its budget.

The central European nation of nearly 10 million people, which is largely dependent on Russian oil and gas, last week declared a “state of danger” over the energy crisis.

“The truth is that Hungary is very dependent on both: EU funds and Russian energy. It is a genuinely tricky situation for the Orban government.”

These efforts put a deal with the EU Commission “within reach”, Varga said on Facebook.

But critics, like Gyori, are doubtful that Orban will make “genuine concessions on fighting corruption”.

“This is his dilemma. What is the minimum he can offer to get aid? The problem is very systemic and I don’t see major movements,” he said.

“It’s like Dr Jekyll and Mr Hyde,” he added, pointing at the government’s “dual communication” — on one hand seeking to appease Brussels, but on the other hand taking actions sure to cause friction.

At the same time, the EU is under pressure not to let Hungary off easily, Gyori said.

In a separate row in April, Brussels triggered the so-called “conditionality” mechanism — never used previously — against Hungary over concerns about the misuse of EU funds by Orban’s government.

The two issues “are closely linked”, Navracsics said, adding it was important “to strengthen the Hungarian rule of law so that there are no more doubts that Hungary is… a democracy like the EU members”.

In this article:Budget, Eu, Hungary