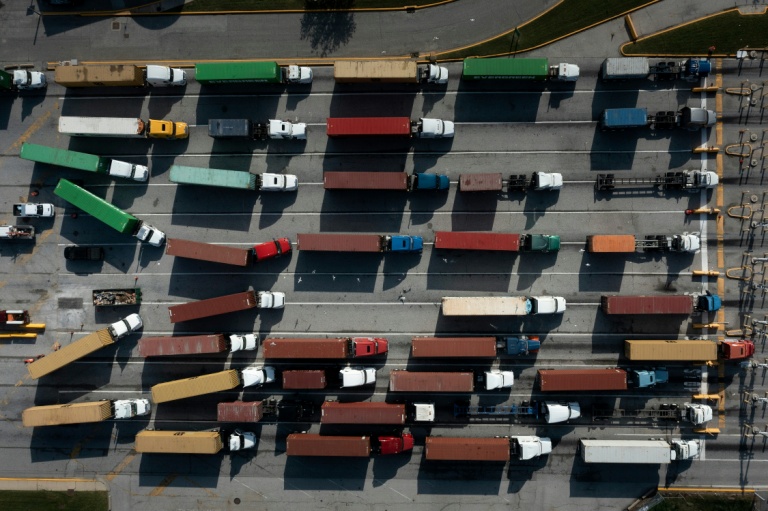 With US prices rising at a rate not seen in decades, President Joe Biden’s administration is looking for ways to turn the tide.

From relaxing tariffs on China to addressing the semiconductor shortage, there are many actions Washington could take to keep price increases in check.

However, analysts warn that few will offer immediate relief from the price surge that has struck the world’s largest economy this year as it bounces back from the Covid-19 pandemic:

The Biden administration has kept those tariffs up, but announced it would review trade strategy towards China, as well as begin a process for some US firms to receive exemptions from the levies they say drive up costs.

China is the top supplier of goods to the United States, and Biden could choose to relax the tariffs further to address the price increases, which the Labor Department put at a year-on-year rate of 6.2 percent in October.

In a Sunday interview with CBS, Treasury Secretary Janet Yellen was noncommittal about changing tariff policy, but acknowledged that “it would make some difference.”

“Tariffs do tend to raise domestic prices,” she said.

Jay Bryson, chief economist for Wells Fargo’s corporate and investment bank, said a tariff rollback would help “at the margins” and lower the costs of some goods, but wouldn’t strike the death blow against inflation Biden may be looking for.

Even if tariffs were dropped, the United States would still have to deal with snarls at its ports.

Ships have idled off the coasts of Los Angeles and Savannah, Georgia for months waiting for cargo to be offloaded, raising fears of disruptions to the holiday shopping season.

The reasons for the broken supply chains are many, and Biden has attempted to address them by pushing the Port of Los Angeles to provide 24-hour service, as well as getting WalMart, FedEx and UPS to work extended hours to clear backlogs.

The White House has said the $1.2 trillion infrastructure bill Biden is set to sign on Monday will dedicate funds towards modernization projects that can further aid ports.

But Senior US Economist at Capital Economics Andrew Hunter wasn’t so sure.

He warned that the overhaul, along with a $1.85 trillion effort to expand US social services Biden is pushing Congress to pass, “aren’t going to do anything to contain inflation now, and could even increase it further if they result in a further fiscal expansion in the near term, which boosts demand.”

The slowdown in new car production is a factor in the surge in used car prices that has pushed overall inflation higher, while the efforts of rental car companies to rebuild their fleets has also played a role.

Biden earlier this year met with leading CEOs in the semiconductor industry, and looked for ways to work with the European Union on addressing the shortages in a September summit.

The branch of the US government best equipped to handle inflation is the Federal Reserve.

However, its tools are blunt: the central bank could hike rates from their zero level, but doing that with the economy still bouncing back from the pandemic could spur a recession.

Its top officials have also made clear there will be no rate hike until the Fed finishes winding down its monthly asset purchases, which is predicted to conclude in the middle of next year.

“To the extent that (inflation) is being caused, at least partially, by supply constraints, there’s very little the Fed can do about that. The Fed can’t make more computer chips,” Bryson said.

Fed Chair Jerome Powell and other top officials are appointed by the White House but act independently, meaning that even if Biden wanted to change US monetary policy now, the decision is not his to make.

In this article:Inflation, US economy, Washington