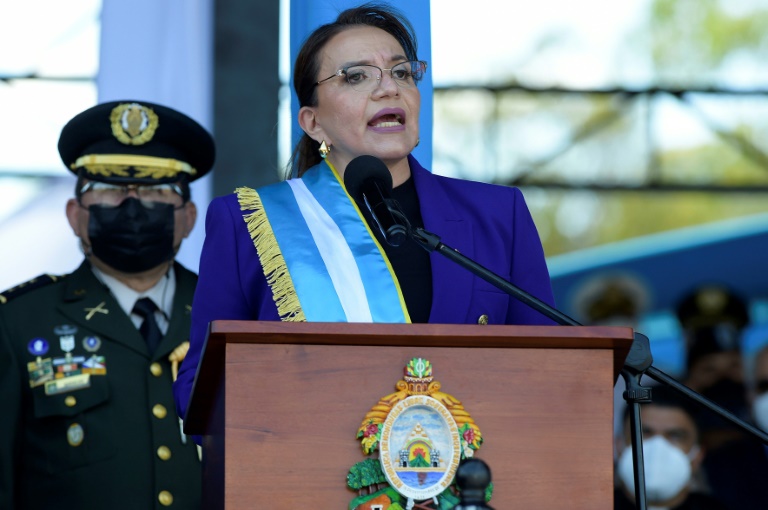 Honduras on Friday clarified that existing open-pit mining contracts remain in effect, after President Xiomara Castro said she was banning the practice.

Castro on March 1 announced the ban in the Central American nation declaring the mining style harmful to the environment and to people.

The move was met with joy by rights defenders and environmentalists but brought uncertainty to the industry.

Natural Resources and Environment Minister Lucky Medina told AFP Friday that large mining companies that use surface mining will be allowed to continue their activities in Honduras under “strict surveillance” until their permits expire.

That includes gold mines operated by multinational Aura Minerals in San Andres in the west of the country and iron oxide mines in Tocoa in the northeast.